HIGHER EDUCATION: Is it worth it?

For the first 18 years of our life, education isn't optional. We begin early with preschool, spend our childhood in elementary school and look forward to growing up throughout high school. But what happens after secondary school? We are on our own to decide how to spend our time, our money or our brain power and we certainly can't see into the future to know if what we decide will be worth it.

Unlike schooling, pursuing higher education is no longer mandatory. This formal stage of learning which is completed at institutions such as universities or colleges following the completion of secondary or high school is a choice and determining the value of the additional investment can weigh heavily on the decision to attend. Is pursuing higher education worth more schooling, more money and more time?

“All people should consider post-secondary education, whether its traditional college and university academic programs or trades and technical training,” says Bob Gautama, British Columbia's Vice-President, the Curriculam and Education of chartered profesional accountants. “This doesn’t mean that all people should necessarily pursue higher education but it should always be a factor in the career decision-making.”

Post-secondary education no longer sets you apart from your peers as it used to, Gautama notes. It is seen as a necessity for a good job and is an expected line on one’s resume. The demands of the job market have changed and that once sacred college diploma or university degree has now become a prerequisite even for entry level positions. Post-graduate programs are becoming the benchmark for landing higher paid gigs or climbing the corporate ladder.

“The reality is that, in Canada, the majority of individuals complete high school,” Gautama explains. “A secondary education is no longer a differentiating factor in the competitive job market and has not been for a considerable length of time. Employers, when making hiring decisions, will frequently establish a baseline education criterion, often a bachelor’s degree or a technical school diploma. If an unknown prospective employee does not meet this baseline, they’re eliminated from the shortlist almost immediately.” 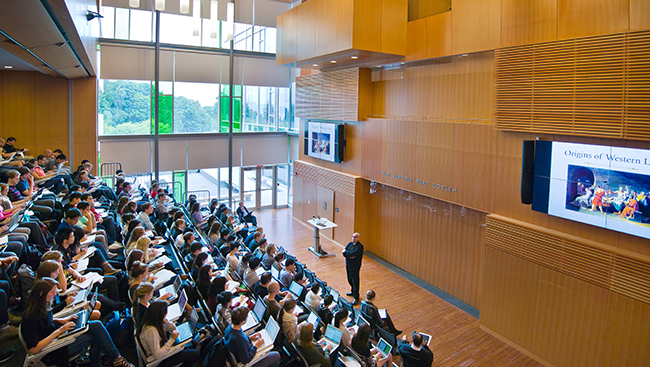 The 2005-2006 school year saw record enrolment with just over 1 million students enrolled in both full and part-time studies according to Statistics Canada. This number increased to 1,996,200 students in 2011-2012, shattering the record by nearly 1 million individuals.

So are these 2 million students making the right decision to attend university or college each year?
“Higher education is about more than simply checking off a box on an employer’s wish list.  It can allow you to acquire specific knowledge that is needed in a given career (e.g. accounting), and make you a more flexible thinker,” says Gautama.

Pursuing post-secondary or post-graduate studies is often done with a career or achievement in mind. Educational institutes provide classes that prepare its students for entry into the working world. It is difficult to obtain jobs in certain industries without the education necessary to perform in the position.

“Education is critical in professions that are regulated – medical, financial, legal,” says Christian Codrington, Senior Manager, Professional Practice of Human Resources Management Association. “Other skilled or semi-skilled industries may not be as stringent; however, demonstrating that you have knowledge in the area in which you are applying will often be looked upon favourably by employers.”

While current data is not compiled but is estimated to be on trend, a 2009 report released by the Canadian Millennium Scholarship

Foundation reported that Canadian post-secondary graduates can expect to earn more money than their high-school graduate counterparts. The report indicated that those in British Columbia with college degrees earn approximately $225,000 more than high school graduates. This number rises to about half a million dollars in additional earnings for those with a bachelor's degree and jumps even higher to $957,000 more for those who complete a graduate degree.

These statistics don't necessarily represent all careers or all graduates but they illustrate the earnings potential based on education levels. Studies have demonstrated that these numbers will be affected by geographical location and educational institute with significant value resulting from field of study. Engineers, for example, produce a much higher return than those without post-secondary education. A recent study in the United States conducted by Pew Research Centre concluded that an engineer from the University of California, Berkeley can expect to earn close to $1.1 million more after 20 years than someone who did not attend college. It was reported that even the least profitable engineers would be nearly $500,000 ahead of high school graduates.

While numbers may be important over the course of a lifetime or in certain industries, Codrington notes that earnings, promotions and even respect levels within a workplace will vary by profession. “Take teachers, for example, who after some years of service go back to obtain their Master’s degree. That profession recognizes that value by giving those teachers an increase in pay. For other jobs or professions the link is not as clear or guaranteed,” he explains. “Often it is the combination of that higher education and demonstrating how one can apply those learnings that leads to increased promotional opportunities or pay increases.” 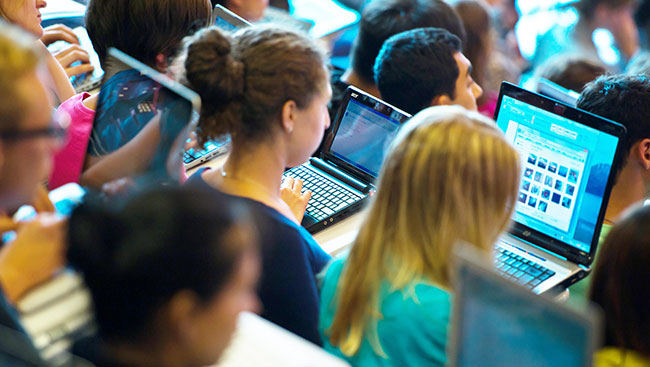 Post-secondary education also provides students with the opportunity to learn far beyond what is taught in the classroom. The life experiences, long-term relationships and fundamental skills that complement a degree, diploma or graduate designation are valuable assets in any career.

“Education is more than simply learning certain technical details,” notes Gautama. “Acquisition of knowledge, problem-solving, and critical thinking serves us in all aspects of our lives, not only the workplace. These are all crucial components of a successful individual’s toolkit.”

On the other hand, the argument against post-secondary education can be heard from inside a college dropout’s garage or from the basement of a high school student still living at home. Examples of highly successful entrepreneurs, businesspeople and founders of well-known companies that have made it to the top without completing a degree show just how possible it is to become somebody without attending school.

Bill Gates, considered the richest person in the world according to Bloomberg Billionaires List, never completed his Harvard University degree that he began in 1973. Instead, Gates dropped out of school and started Microsoft which has since become the world's largest personal-computer software company.

Similarly, users of Facebook may be familiar with one of its co-founders, Mark Zuckerberg, who has risen to fame for his development of the widely popular social networking site. At the age of 23, just three years after founding Facebook and dropping out of Harvard, Zuckerberg became a billionaire.

For these individuals, the pursuit of higher education was unnecessary for success but they're the exception, not the norm.

“Personal attributes are also critical to success in any field or endeavour. Motivation, desire, personality are amongst a myriad of traits that make people successful. And one must enjoy what one does – that itself is a determinant of success,” says Gautama.

Profitable business leaders such as Gates and Zuckerberg are continually learning in order to adapt to their industries, which Codrington suggests is important. “I can appreciate the costs and time involved can make it challenging for many of us to do so, however, business cycles are shortening considerably from what they were 20 years ago, so even jobs that require minimal education continue to change or be eliminated. To ensure people are able to cope with these changing demands in the general workplace we should all actively seek ways to improve our skills, knowledge and abilities throughout our adult lives.” 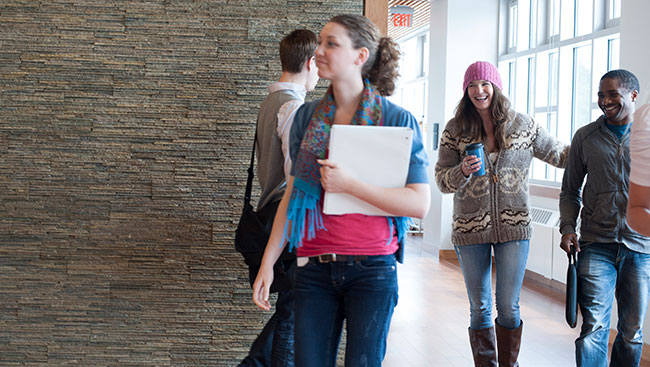 If such success stories haven't caused you to abandon your university aspirations, the decision to pursue higher education shouldn't come without careful consideration in a multitude of areas.

“Undertake as much research as possible,” says Gautama. “Determine carefully what field you are interested in pursuing and then find the educational avenue that allows you to meet that objective.”

With more individuals choosing to enrol in post-secondary and post-graduate studies, the increased competition has dictated that degrees and diplomas must mean more.

“Finding ways to remain relevant in the marketplace is very important and having a number of arrows in one’s quiver to choose from is a good insurance against the changes and demands of today’s marketplace,” says Codrington. “Invest in self-development.”

Investing in self development – whether it may be after high school studies, weekend courses or your post-graduate degree – is a choice. While there may be a long list of benefits that accompany an education, it is important to consider if they outweigh your individual costs. Higher education is worth it but only if it is well thought out.

In 1857, Sikh and British agendas aligned in the suppression of a mutiny mounted by rebellious Indian troops. The alliance would bring about an era of paternalistic rule that transformed Punjab's peasantry into an ardent loyalist community. In 1914, confronted by a superior German Army, Great Britain was forced to fight not just to hold onto their Empire, but for their very freedom. Like the 1857 Mutiny, the Punjabi soldier again would be positioned to save Britain or deny her, and thus alter the course of history for India and the Western world.

Back to school means back to the books. This school year, ensure your children excel at school by helping them develop good homework habits.

BC and the Real Estate Market

Are you ready to buy your first home? Is it time to upgrade or downsize? Are you hoping to invest in a rental property? Whether you're in the market to buy or sell, real estate can be a confusing venture. Understanding interest rates, scouting out locations and evaluating your needs are all small parts of the big process when it comes to buying, selling or investing in a home. With a hot market heating up this summer, DARPAN took a look at what's for sale, what's selling and what it all means for buyers and sellers alike.

On August 4th 1914, Britain declared war on Germany, and with it the British Empire was swept up into a vortex of death and destruction that would come to be known as the Great War. At its end, national boundaries would be redefined across Europe, Asia, and Africa, four world Empires would crumble, and over 9 million would lose their lives.

Whether faced with praise or controversy, Singh remained stoic to his beliefs and values and is recognized as one of India’s most prolific novelists and figures

It’s important for high school and university students to look ahead when choosing a career that is best suited for them.