Did you know that the number of children in child labour has risen to 160 million worldwide? According to UNICEF, this is an increase of 8.4 million children in the last four years. It is estimated that 63 million girls and 97 million boys were in child labour globally at the beginning of 2020, accounting for almost 1 in 10 of all children worldwide.

While there are several organizations across the world that fight against child labour, one such organization based in India is the Kailash Satyarthi Children's Foundation. 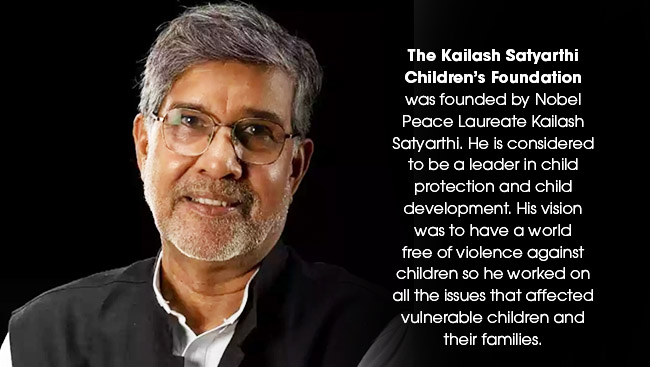 Other than these top priorities, the foundation also works towards saving girls from child marriage or victims. They also have initiatives to introduce health and nutrition to the children and provide livelihood.

Top priorities for the organization:

One of the top issues that the KSCF addresses is child labour. How do they do it? They have introduced two initiatives - Bal Mitra Gram (BMG) and Bal Mitra Mandal (BMM). They are both innovative and transformative community-led solutions to prevent child exploitation in villages and urban slums respectively. As per this scheme, KSCF makes sure they withdraw the child from their jobs and enrolls them in schools along with building awareness for preventing child labour in India.

According to their website, KSCF also releases ground-based evidence, researches and reports and uses the same for advocacy with the Government and Parliamentarians at the national and local levels for the creation of robust laws and policies on child labour and ensuring their effective implementation.

KSCF is a flagship campaign that works to combat the violation of child rights with a special focus on child trafficking and child labour by creating awareness among the citizens on these issues. They also have a Bal Mitra Gram (BMG) is an innovative and transformative grassroots solution to prevent child trafficking and exploitation.

India has several child victims who were abused or raped and victimized due to the huge gap between the law and justice delivery system. Did you know that the conviction rate for POCSO cases is abysmally low at 34.9%? On regular basis, it would take 8.2 years for disposal of POCSO cases in court. But KSCF works towards timely justice for victims of child sexual abuse and rape across the country.

The foundation intervenes in more than 5,000 cases of child sexual abuse and rape in 100 Fast Track Special Courts (FTSCs) in 100 districts across the country with the highest backlogs of Protection of Children from Sexual Offences (POCSO) Act, 2012 cases across India.

They also launched the Bharat Yatra or India March was launched by Nobel Peace Laureate Kailash Satyarthi on September 11, 2017, which set in motion, the world’s largest youth-led mobilization for children in need of care and protection. The objective of this long march was to create a mass movement to end child sexual abuse and child trafficking in India.

Who started the foundation?

The Kailash Satyarthi Children’s Foundation (KSCF) was founded by Nobel Peace Laureate Kailash Satyarthi. He is considered to be a leader in child protection and child development. His vision was to have a world free of violence against children so he worked on all the issues that affected vulnerable children and their families. 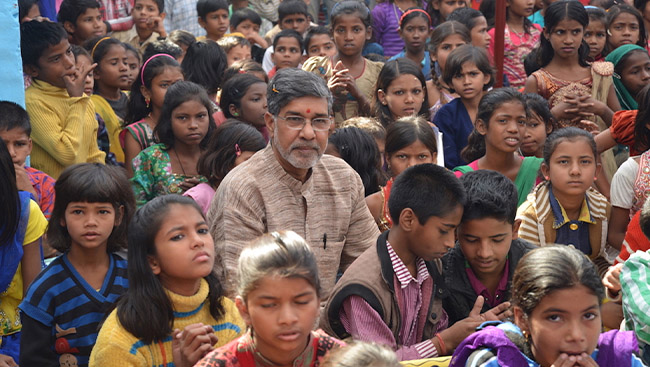 He has been working in this field for more than 40 years and based on his principles, KSCF was built. The organization primarily works at a grassroots level and partners with multi stakeholders both at the grassroots and global level, with governments, businesses, civil society, communities and children. 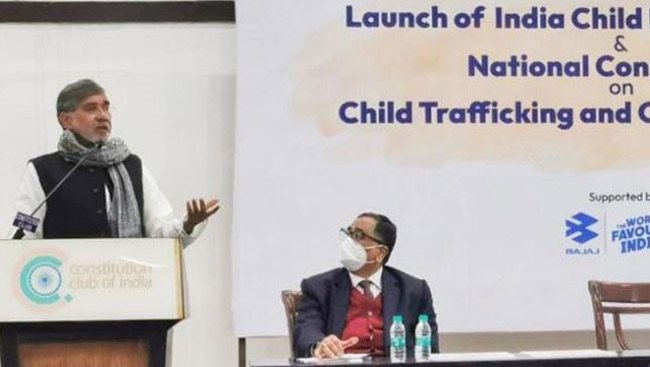 The impact of the foundation:

Wish to be part of the movement? You can adopt a project - KSCF works across 7 states in India in the areas of child labour, child trafficking, child trafficking, livelihood, education, health, nutrition, water, hygiene and sanitation. You can either choose to support any of their projects or you can donate.

Donate today and support to ensure legal and mental health support to vulnerable child victims of sexual abuse and rape. There are different initiatives that you can choose from - Justice for Every Child, Freedom Fellows Education Fund, Bal Mitra Gram, and Bal Mitra Mandal.