Garima Goswami Darpan, 26 Feb, 2014
As Senior Vice President at World Bank, Kaushik Basu has positively impacted world economies through his well-defined policies.
An individual with extraordinary knowledge and ideas gracefully makes his way to distinct stature and appreciation.
This is the case for Kaushik Basu, who is Senior Vice President and Chief Economist for the World Bank Group. He has humbly paved his way to prominent positions and contributed his expertise towards devising effective policies for economic reformations. Basu not only displayed his genius in India, but has showcased it on a critical global platform.
Basu has held definite roles that have positively impacted the world, but it all started in India. Born in Kolkata, West Bengal, Basu completed his education in India and then attended the London School of Economics to pursue a M.Sc in Economics and later went on to acquire a PhD. During this time, Basu was extremely fascinated with the work of Amartya Sen, a renowend Indian economist and Nobel laureate.
In his elongated career, Basu engaged himself in various roles. One such pertinent role was that of a Chief Economic Advisor (CEA) to the Government of India’s Ministry of Finance from 2009-2012. Prior to that, Basu was Chairman of the Department of Economics and had also held the position of Director at the Center for Analytic Economics at Cornell University in the United States.
Residing in the US with wife Alaka Malwade Basu and two children, Karna and Diksha, Basu took on the latter roles while he was on leave from Cornell University. Additionally he was also a visiting professor at renowned universities such as Harvard, Princeton University and M.I.T.
Born in 1962, this expert economist is also an ardent writer and has contributed features to notable media firms such as The New York Times, BBC News, Hindustan Times and India Today.
In 2008, former President of India, Pratibha Devisingh Patil, conferred Basu with the Padma Bhushan, the third highest civilian award in India. The milestone was one of the many accolades this prominent economist has been bestowed with.
At a time when the globe recently experienced a major recession, Basu’s appointment as Senior Vice President and Chief Economist at World Bank speaks volumes for his skill and competence. His sturdy endeavours have garnered much appreciation and profusely reflect his passion towards transforming the world’s economy. 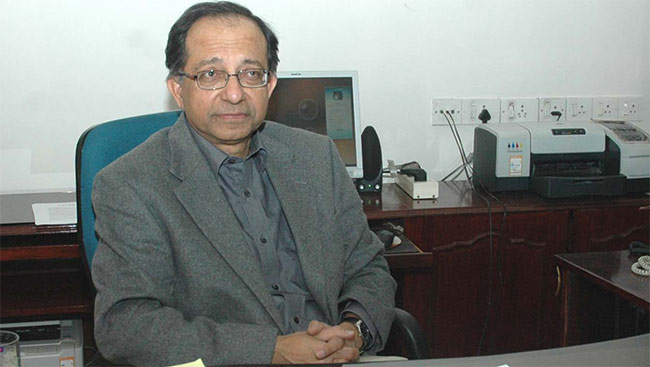 What were the biggest obstacles you faced to reach where you stand today?
For me, it is very important that I do what I enjoy. Hence, at most stages in life I made my choices by what seemed the most interesting without much thought about long run consequences. This is a risky thing to do. All I can say is that I have been lucky and did not face any serious obstacles.
Memories of childhood?
I grew up in Calcutta, now called Kolkata. I loved the city, had lots of neighbourhood friends and lots of relatives. My fondest memories are my times with them. I also used to go on regular vacations to Bihar with my parents and sisters. Bihar seemed like a blissful place.
Indians around the world have made significant contributions to their immigrated countries, what do you think of this accomplishment?
It is important to learn to love people no matter where they are from or what their background is. That is the spirit in which we should interact with people. That makes life enjoyable and also contributes to success.
By Garima Goswami
Prev Next

Bollywood actress Priyanka Chopra and actor Ranbir Kapoor share the stage as hosts for the 59th annual Filmfare awards. The duo displayed their amazing comic skills in the star studded night in Mumbai.