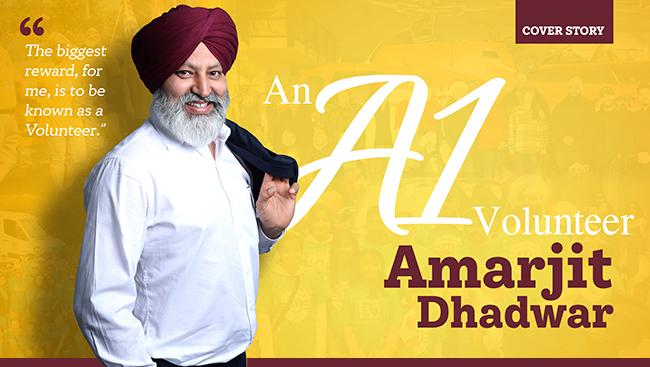 Amarjit Dhadwar: An A1 Volunteer
ADVT

Fast forward to today, Singh wears many hats as a mom of three boys, social media content creator, occupational therapist, and the founder of Sikh Helmets Inc. In addition to being close to her family and having the option to step away when needed, Tina wholeheartedly just loves the work she does for all the right reasons, and enjoys every second of it.

Excellence in the Classroom and Beyond: Gurpreet Kaur Bains

As the Modern Languages Department Head at Surrey’s LA Matheson Secondary School (LAM), she has actively collaborated with the Ministry of Education and the Museum of Surrey in developing South Asian curriculum and teaching resources.

Jessy Sahota is a winner of the 2022 International Association of Chiefs of Police 40 Under 40 Award, which recognizes 40 law enforcement professionals under the age of 40 from around the world that demonstrate leadership and exemplify commitment to their profession.

Sukhmanpreet Singh : The First Punjabi Captain of the BC U16 Field Hockey Team

Since then he made a vow in his heart that he will give it his all and that field hockey is his calling. He began playing hockey at the age of 12 and has been playing for four years. At the U18 national championship he was the second highest goal scorer and received the tournament 11 award.

Chasing Dreams One Wicket at a Time : Mannat Hundal

Her love for cricket started at the age of 11 when she watched her brother play the game and figured this doesn’t look all that hard. Funnily enough, she took up the bat and the rest is history. Hundal realized cricket was her calling as a sport as she trained hard with Stallions Cricket Academy in Surrey and experimented with batting and bowling.

The recent Commonwealth Games in England saw three Indo-Canadian wrestlers compete and defeat their respective opponents in freestyle wrestling of various levels. Amarveer Singh Dhesi and Nishan Singh Randhawa both brought home a gold medal for Canada. Jasmit Singh Phulka was the winner in the bronze medal category.  Let’s find out more about these young men.