Garima Goswami, Darpan, 15 Mar, 2014
You don’t have to be a doctor, police officer or even a celebrity to touch the lives of hundreds of individuals. Neither do you require being scholarly in order to serve the society in manners that are indubitably noble in every way. But for someone like Govind Singh Rathore, all you need is a selfless motive and a single opportunity to make headway into a cause which has long troubled him due to unfortunate incidents at home.
Rathore recalls witnessing domestic violence at home against his mother by the hands of his father, who he describes as an “alcoholic due to stresses and strains of family pressure.” At the age of 14 after his father’s demise, Rathore says “my mother took me out of school and made me the head of the house.” In a patriarchal society, where women are left at the pity of themselves, this social worker grew up watching the plight of his widowed mother and several other women in his local community.
Adhering to his stimulation to better serve those inflicted by similar plights, Rathore persuaded his maid to bring her three daughters to his house where Rathore would impart reading and writing skills to them. “The next day, Meera, our maid, brought 18 girls with her. Six months later, Sambhali Trust was born with the help of my family and friends; a non-profitable charitable organization that empowers woman, raises self-esteem and educates the most vulnerable women and children of Indian society.” 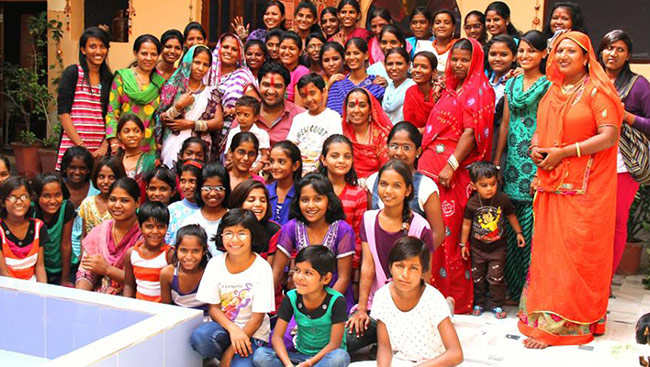 Starting off with merely 15 females, including women and girls that were seated in one small room, Sambhali Trust has grown to positively assist over 800 women and children over the past seven years in Jodhpur, the second-largest city in the Indian state of Rajasthan. Upon inception, the project kicked off as a sole venture, however owing to its popularity and effectiveness, Rathore managed to introduce 13 more projects including “four Empowerment Centres providing voca-tional training and literary tuition; a boarding home for 20 village girls to receive good education in Jodhpur; a Self-Help Group Programme to enable 109 women to start small businesses in their own villages; No Bad Touch Project, which helps to educate the community in Jodhpur regarding child sexual abuse; Panaah Women’s Shelter Services, which deals with individual cases regarding legal disputes such as divorce, domestic violence and medical aid in dire circumstances; and we also have two Sewing Centres for 25 graduates of our Empowerment Centres and the Sambhali Boutique and Student Shop.”
Elaborating further upon Sambhali Boutique, Rathore says this endeavour has provided women with a platform to deliver the best of their skills in crafting and produce a variety of products ranging from soft toys to block-printing scarves. “We are happy to say that our first graduates have been earning a good average income every month over the last  four years.” 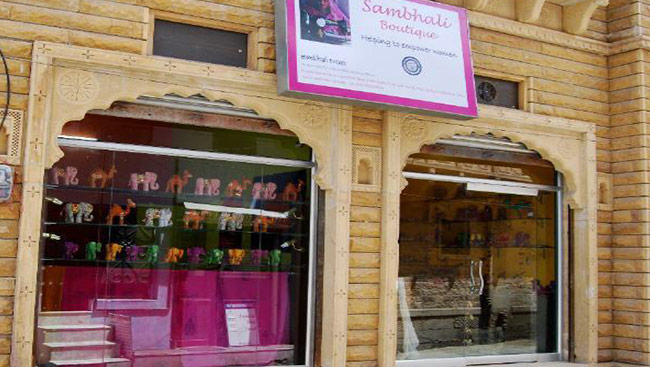 In the early years of the organization’s establishment, the initiators were perceived as “missionaries or worse,” explains Rathore. However gradually Sambhali Trust assembled its share of acceptance and today this NGO has reached even the neglected areas of Jodhpur. Citing a recent example of the various hindrances the organization encounters Rathore explains, “Because of the very strong caste prejudice in the village areas, we had to move our Empowerment Centre for children because the landlord, who belongs to a higher caste, wouldn’t accept Dalit children [children belonging to families from the lowest caste] coming into his building. Fortunately two years down the line and we have been awarded an honour from the local community in Setrawa [village in Rajasthan] that has helped to give us the seal of approval in the village community and helped to perhaps slowly dissolve the caste prejudice, which still exists.”
With the massive outreach of the several projects at hand, Sambhali Trust heavily relies on volunteers in the distribution of its various services. Essentially volunteers teach english and mathematics in the Empowerment Centres situated in Jodhpur and Setrawa, and are also invited to perform workshops on a weekly basis on topics ranging from health, nutrition and women’s rights to drama, photography and computer skills. Overall, volunteers are at luxury to select departments they are most comfortable at. “Our volunteers come from all walks of life, and range from college students to grandmothers. Their varied expertise has enriched the lives of the students, as well as learning from each other. We generally have about 10-15 volunteers with us at any one time; about 12 in Jodhpur and 3-4 in Setrawa village,” adds Rathore. 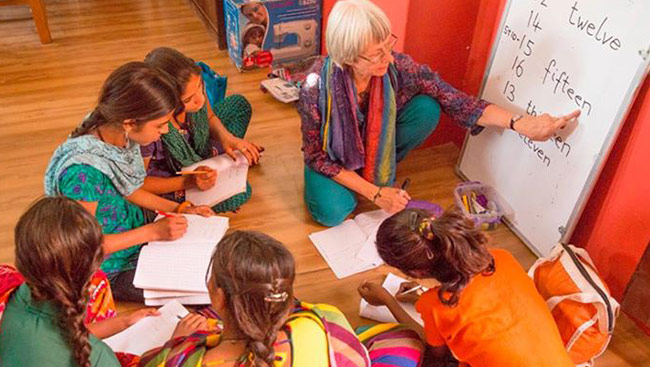 How one man’s brief step in striving for social change culminated into a wave of change striking events is in itself self-explanatory. With 13 fluent projects at hand, Rathore perceives there to be scope for more such programs and thus envisages increasing the number of empowerment centres in the near future. “We would also like to set up our own orphanage in the future for young girls,” says Rathore. He is no less than a hero for the females in Jodhpur and other villages, where Rathore has lent his support in the form of several uplifting programs. We can rightly expect this city to project a changing face of development pertaining to females in a country that has lately witnessed a blow in crimes against females. 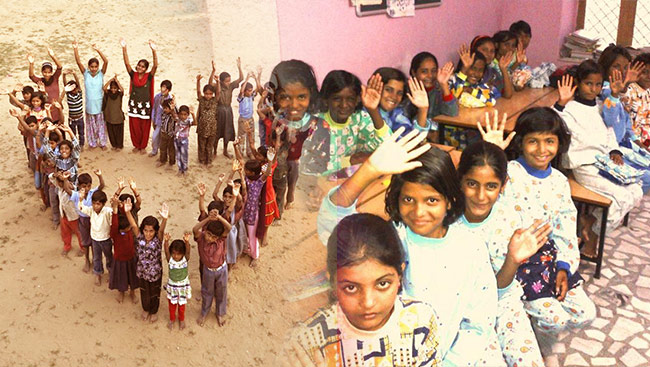