Prepared to take Sweden by storm, meet Sukhjot Bains, who has just signed a contract to play professional basketball with Helsingborg BBK, a club that plays in the second tier of the Superettan league.

Prepared to take Sweden by storm, meet Sukhjot Bains, who has just signed a contract to play professional basketball with Helsingborg BBK, a club that plays in the second tier of the Superettan league. This September, he will pack his bags and hop on a flight to take the next step in his professional sports journey, thanks to a much-awaited pro deal. Having shown utmost persistence to get here, Bains is a role-model to budding athletes.

The 25-year-old superstar began playing basketball in elementary school, but didn’t think too much of it at the time. “I was pretty good in elementary and on my high school team. I started playing more seriously around Grade 8. When I got selected to play tournaments in the US, I began realizing that I’m actually good and thought I should give basketball more attention,” recalls Bains. Upon graduation from Surrey’s Tamanawis Secondary, Bains earned scholarships to play for universities across Canada and the US. He was more interested in pursuing the sport in the US, so he turned down Canadian offers and took the leap to a prep school, Peddie Prep, in New Jersey.

After a year there, he was offered a scholarship for Northwest College in Powell, Wyoming, which he accepted. After two seasons, Bains went on to spend another year playing divisional basketball at NCAA Division I Program Wisconsin-Green Bay.

Having left a lasting impression on American soil, Bains decided to finish off his education and continue his basketball career close to home, at the University of the Fraser Valley (UFV) in British Columbia, Canada. Here, he made a tremendous impact on the university’s basketball program. Having struggled before Bains’ arrival, the team successfully made playoffs when he joined. The golden boy finished his senior year there and a great one at that, being recognized as the Canada West Conference All Star. Bains explains, “In university, you need to have a good GPA to play basketball. Along with basketball, I had to focus on school and studies as well, which can be especially hard with travelling.” In April of 2020, after finishing his undergraduate studies in Integrated Studies, Bains began coaching and finding an agent to pursue his dream of playing pro. 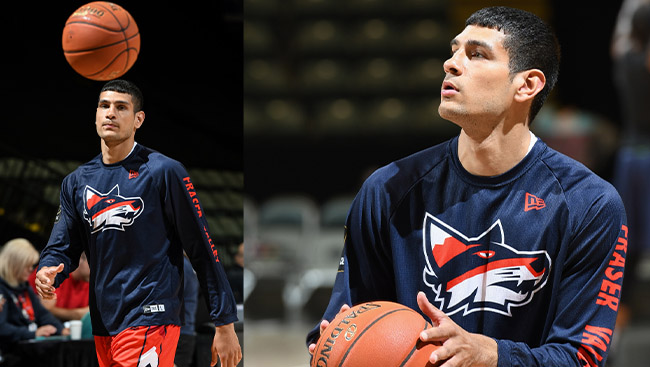 However, the ride was less smooth than expected. The COVID-19 pandemic played a big role in why it took so long for Bains to find an otherwise well-deserved place in a league. Any other year, many teams would have eagerly approached Bains. Given the pandemic, a significant number of teams simply did not even have a season altogether. For leagues that were still on, more experienced players were in demand, whereas Bains was a rookie. After almost two years of finishing his university career, things started to get back to a potential normal. That’s when Bains hit the jackpot and got noticed.

Detailing how he sealed the deal, Bains elaborates, “After I was done playing college basketball, I made a highlight tape of all the plays and also made a player profile with player stats. This is equivalent to a resume, but for basketball. I put together a package and emailed over 100 agents, who further have contacts with different teams and managers. It was a pretty long process!” After hearing back from some agents, the UFV alum narrowed it down and made his pick.
Unquestionably, having the chance to play pro has taken sheer dedication and resilience, but Bains has not been alone in the process. His parents and older brother, always supportive, would make it a point to come to his games growing up. When Bains expressed the desire to move to the US, his family was happy to help and were right by his side, assisting Bains with setting up when he moved. No matter what the next step was, the basketball champion’s family always told him to go for it and play the best he can. 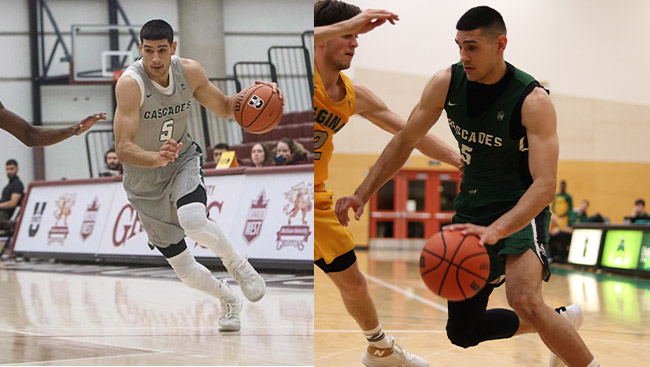 Drawing on his experiences from coaching, Bains reveals that many South Asian children are told to focus on school and become doctors or lawyers; it’s become a part of the culture because families just don’t know as much about sports. Bains encourages parents to learn more and realize for themselves that sports are actually a great way to get noticed and gain admission into schools. If a child possesses strong skillsets, parents should be pillars of support for them to pursue a career in basketball. At the very least, sports are a great way to stay out of trouble, avoid distractions, and focus on something valuable. Bains deems sports as an effective tool to keep kids on track.

For young basketball players that look up to Bains for his accomplishments, he empowers them to never give up, “You could be an amazing player, but things don’t happen on the first try. It took me years to get into divisional basketball. I didn’t give up and stayed disciplined. Things can get rough, and you can lose confidence. Put in the work. Just stay committed to your goals.” Undoubtedly, the proof is in the pudding. Bains’ perseverance has paid off as his first-ever pro basketball season starts in September and ends in March of next year. His first time visiting a European country is a visit like no other, as he makes his parents, city, and country proud on the court.

For now, Bains is eagerly looking forward to scoring points and winning hearts, with an immediate goal to focus on the season and stay healthy. From thereon, even the sky isn’t the limit for the legend-in-making, as he strives to progress to better leagues and continue his path to the National Basketball Association (NBA). His strategy? One season at a time!