A decade ago, Alspach started off as a part-time receptionist in the same auto mall, at BMW Langley. She now oversees OpenRoad Infiniti Langley as an executive leader.

Serving Fraser Valley communities with top-tier customer service and an exceptional car-buying experience, OpenRoad Infiniti Langley undoubtedly has something for everyone. Upon entering the facility, you’ll be welcomed by the best-in-class automotive professionals and experts to provide you with a customized car buying and ownership experience. This truly is a place with endless possibilities. A living testament to OpenRoad Infiniti Langley’s commitment to the community is the business’s only female General Manager, Pamela Alspach. Also wearing the hats of supermom and female powerhouse, inspiring is an understatement for her story. A decade ago, Alspach started off as a part-time receptionist in the same auto mall, at BMW Langley. She now oversees OpenRoad Infiniti Langley as
an executive leader. 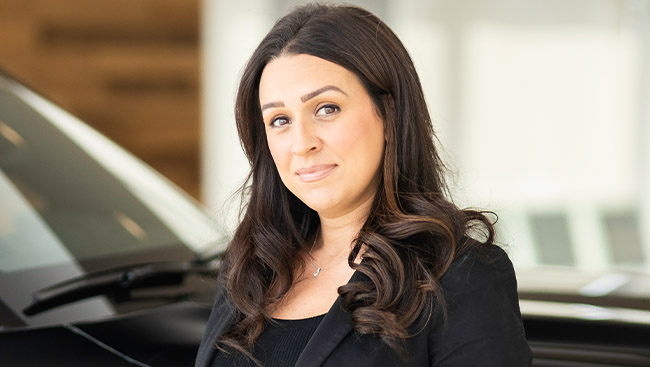 Before joining the company, Alspach spent the early days of her career as a Disability Claims Adjudicator. Soon after, she became a mother and began to imagine herself as a stay-at-home mom. Fate had something different in the works! When she discovered that BMW Langley was opening up, she applied for a part-time receptionist position, which soon become full-time. Alspach accepted the role, putting faith in a supportive employer that seemed understanding of her time commitments as a parent and saw her potential for doing more. “I was one of the first employees as doors opened. I can still remember setting up chairs and computer systems,” recalls Alspach.

The road to General Manager wasn’t easy for the boss lady. Having worked on the sales floor, in the finance office, service advisory, business development, and as a service manager, Alspach accumulated a variety of experiences to prove worth for her current managerial job. Having played team sports her entire life, being in a team environment helped her to flourish. That said, Alspach shares that a thick skin was much needed, especially as a female in a male-dominated industry. Sometimes, customers would go the extent of dismissing Alspach’s expertise, refusing to work collaboratively with her. However, her peers and managers had her back; they were always supportive of her abilities, encouraging her to believe in herself and climb the ladder to the top despite the hurdles.

“It was tough at times. When working late, I’ve been asked, ‘Who’s watching your daughter.’ This is question you’d never ask a male manager. I often have to explain myself. Even with a nanny, I cooked and cleaned at home, but was still questioned by family. Now, my daughter is on two hockey teams, and I never miss a game or practice. But to get here, I had to work twice as hard,” reveals Alspach. She has immense gratitude for OpenRoad for enabling her to maintain a healthy work-life balance. 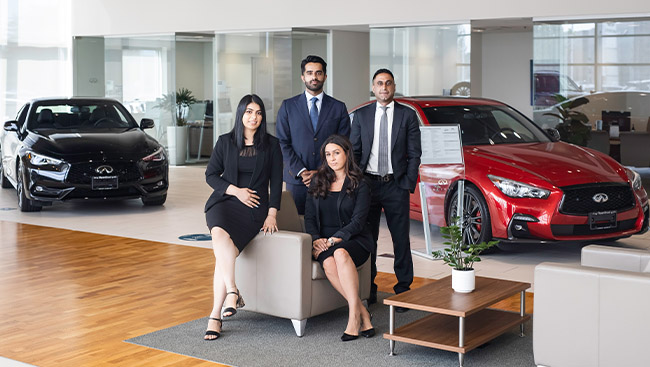 Starting off with the company not even knowing what a spark plug is, Alspach is now a role-model to her daughter, “When my daughter was 8, I popped into the store with her. As I was firing off answers and instructions to staff, she innocently asked, ‘Do you tell all these boys what to do?’. It’s a relief to know things are evolving and women are being given equal opportunities and an equal playing field.” With 60% of automobile purchase decision-makers being women, more females are buying and selling cars now than ever before.

With a wealth of experiences and learnings under her belt, Alspach has come to believe that anybody can have a manager title but advises budding business managers to understand the difference between a leader and manager, “Don’t confuse your title and your abilities. Go above and beyond your job description.” It is exactly this philosophy with which every employee at OpenRoad Infiniti Langley serves customers. In a changing industry, Alspach motivates her staff to listen more than they speak and help customers get the best value, coupled with robust analytical reviews. At the dealership, the staff really listens to customers, takes into account budget restrictions, and invests in the time to understand the need and intent behind every purchase decision. For customers, Alspach’s team makes it smooth and easy: If you want a dream car, just lay it out.

Alspach proudly says, “OpenRoad is by far one of the best companies I have ever worked for. Leadership from top down is unbelievable, valuing diversity and forward-thinking.” Perfectly located in Canada’s only luxury auto-mall, the facility is a haven for all – be it first-time buyers with newbie questions or seasoned buyers looking for top-notch deals. A hands-on and attentive experience awaits at OpenRoad Infiniti Langley. Spearheaded by a genuine manager and experienced expert, a facility in the hands of a proactive general manager, like Alspach, is bound to produce the happiest customers!

Try Yogi’s Kitchen service today and enjoy food that reminds you of home.

Today, their restaurant is an integral part of the Punjabi Market where conversations take form and connections are built.

There is good news for BC fashionstas! BIBA has come to Canada, with its first store opened right here in Surrey at Payal Business Centre.

The Progressive Intercultural Community Services Society (PICS) provides support, programming and services for new immigrants to assist with their transition to Canada.