We take a look at some of these most eagerly-awaited films, where women will pack the punch and set the screen ablaze in 2021.

Bollywood, unquestionably, is a male-dominated industry, where the female protagonist is often stereotyped and is seen in the shadow of the male lead. Having said that, one can’t even refute the fact that over the years, there have been several films that have defied the formulaic image of the Bollywood heroine and given us some memorable on-screen women characters that have struck a chord with their sheer strength and beauty.

In the recent past, too, one has seen an array of women-centric films that celebrated femininity in its full glory and portrayed strong female characters on the silver screen. Going by the looks of it now, 2021, too, seems like the year where women shall rule the screen. There are a bunch of female-led films headlined by some of the most talented actresses of Bollywood scheduled to release this year. We take a look at some of these most eagerly-awaited films, where women will pack the punch and set the screen ablaze in 2021. 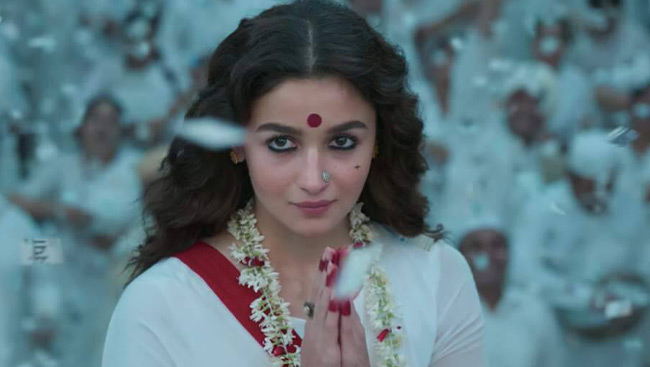 Directed by the critically acclaimed filmmaker Sanjay Leela Bhansali, who is known for his portrayal of strong women characters on screen, this biographical drama has already created quite a furore among the Bollywood buffs across the globe. Based on a chapter about Gangubai Kothewali from Hussain Zaidi's book Mafia Queens of Mumbai, Gangubai Kathiawadi will showcase the powerhouse of talent – Alia Bhatt in a never-seen-before avatar. Commenting about her character, Alia wrote on Twitter, “A name you’ve heard, a story you haven’t. #GangubaiKathiawadi.” The film traces the life of Gangubai, a young girl from Kathiawad, who was sold to a brothel by her husband for Rs. 500. Left with no choice, the feisty young girl embraced her destiny and went on to become the madam of the brothel in Kamathipura and later a politician. Now how can one miss a courageous tale like this? The film is poised to release on July 30, 2021, make sure you add it to your watchlist now.

Vidya Balan is arguably the flag bearer of the changing narratives of the archetypical Bollywood heroine onscreen. And now the versatile actress is all set to wow us once again with her stellar acting chops in her upcoming film — Sherni. Directed by Amit Masurkar of Newton fame, the film explores the man-animal conflict and is inspired by true events. In November 2018, Tigress Avni, also known as T1, was shot dead in Maharashtra’s Yavatmal district in India. The film revolves around this incident and Vidya will be seen as a forest officer in the film. Commenting about the film, Vidya said, “I loved Newton, and when Amit narrated Sherni to me, I knew I wanted to do this film. The uniqueness of the story and its world appealed to me.” Well, we can’t wait to watch this one.

With all these movies slated to release this year, it is pretty clear that it will be girls who shall be running the show this year in Bollywood. More power to these powerhouses of talents. 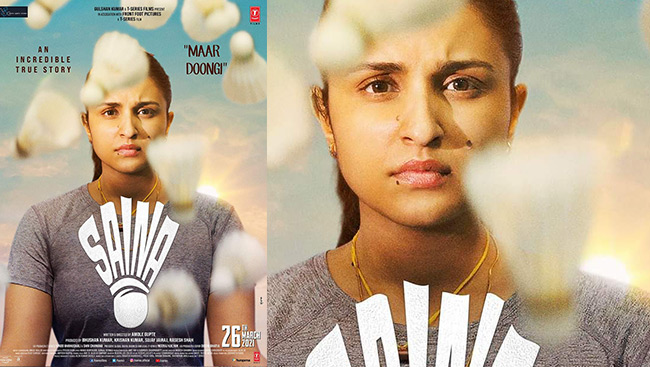 Directed by: Amole Gupte
Starring: Parineeti Chopra, Manav Kaul, Paresh Rawal
The power-packed teaser of Saina has already made a strong impression on one and all, and now we can’t wait to see this film on the big screen. Headlined by Parineeti Chopra, Saina chronicles the inspiring journey of the only Indian woman badminton player to be world No. 1 – Saina Nehwal. The film will take us through one of India’s greatest athletes' life and her passion for sports. Parineeti, who has gone through rigorous training to play the Padma Bhushan awardee on-screen, is looking impressive as the badminton champ. Commenting about her preparation for the biographical sports drama, Parineeti said, “The first step was to unlearn everything I thought I knew about badminton and learn it like a professional player ‘cause just being able to hit the shuttle wouldn’t do! I trained for six whole months like a full-fledged sportsperson — it was a long, rigorous, and back-breaking process.” Saina is scheduled to hit the screens on March 26, 2021, so block your dates for this one now. 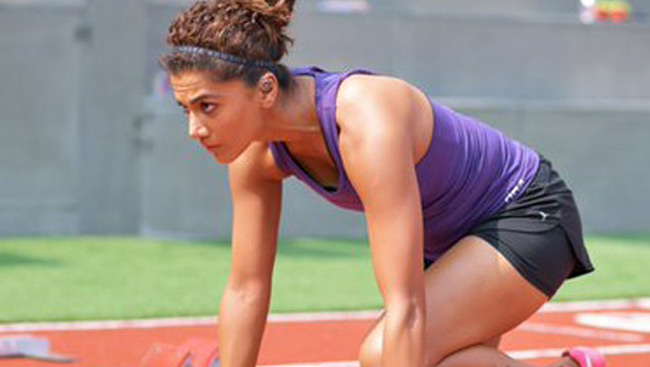 Sports dramas have certainly caught the fancy of Bollywood filmmakers of late, and another woman-led sports film releasing this year is — Rashmi Rocket. Featuring the firebrand actress Taapsee Pannu in the lead, Rashmi Rocket follows the life and struggles of a country girl – Rashmi, who dreams of winning international athletic contests. Taapsee, who is known for getting into the skin of her characters, has undergone a mind-blowing physical transformation for the film. Speaking about the film, Akarsh Khurana, who marks his directorial debut with Rashmi Rocket, said, “The sport forms the backdrop of the film, while the story narrates an athlete’s journey from anonymity to fame and how she gets caught up in the politics and corruption of the sports system along the way.” The director further revealed that the film has been inspired by the real-life experiences of several female athletes of India. Now, this one just can’t be missed. 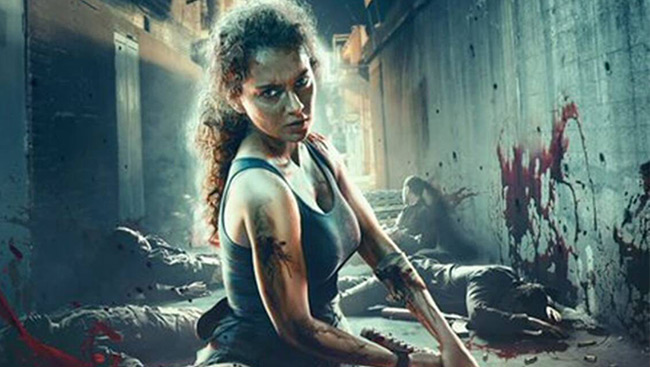 With the film’s leading lady — Kangana Ranaut calling it — “India’s first female-led action thriller’, Dhaakad has already sparked plenty of interest among moviegoers. While the makers of the film are tight-lipped about the plotline of the film, it is learnt that Kangana will be seen playing a fearless and fiery agent called Agni in the film. Commenting about her character, the actress said, “They call her Agni… the brave one, I say she is my depiction of Bhairavi the goddess of death.” Further elaborating about the film Kangana said, “Dhaakad is not only a benchmark film for my career but will be a turning point for Indian cinema as well. The film is mounted on a large scale and is one of a kind female-led action film.” You can catch the feisty actress kicking some butts on screen on October 1, 2021.

2021 is the start of a new decade and the only way to make the best of it is to be the best version of yourself.

We all thought of COVID-19 to be a problem of a specific country, but its global impact exponentially grew.