"I want to do more to help make young students in high school get excited about science and technology fields, especially kids growing up in South Asian families.''- Dr. Gurtej Sandhu.

Although his interests may sound specialized, Dr. Sandhu’s inventions impact the general public more than apparent at first and are at the heart of memory chips used in electronic applications from smartphones to computers and servers used to conduct businesses in the world. One of Dr. Sandhu’s early and celebrated inventions include his achievement in developing a method of coating microchips with titanium without exposing the metal to oxygen, which would otherwise oxidize the chips instantly and ruin them. Although the genius inventor himself initially did not think too much of his invention, most memory-chip makers use Dr. Sandhu’s process today.

Dr. Sandhu’s passion for invention and research is rooted in his upbringing. Though he was born in London, Dr. Sandhu’s childhood was mainly spent in India. As a child, he was quiet and shy, yet deeply introspective. He recalls asking all kinds of adult questions about the origin of the universe and the meaning of life and death. Such thoughtful interactions as well as academia were always encouraged in his household growing up. Despite tough family circumstances, Dr. Sandhu’s parents received a high level of education and served as role models for their children. His parents studied chemistry and his uncles had also received degrees in chemical engineering. Although surrounded by chemists, Dr. Sandhu gravitated towards the subject of physics, as it appeared to deal with the foundational and fundamental mechanism behind how most of the things around us work.

During his time at the Indian Institute of Technology (IIT), New Delhi, Dr. Sandhu completed a degree in Electrical Engineering and found himself interested in how computer chips are made. He proceeded to continue in the field of physics during his Doctor of Philosophy (PhD) work at the University of North Carolina, Chapel Hill, United States of America, which he finished in 1990. 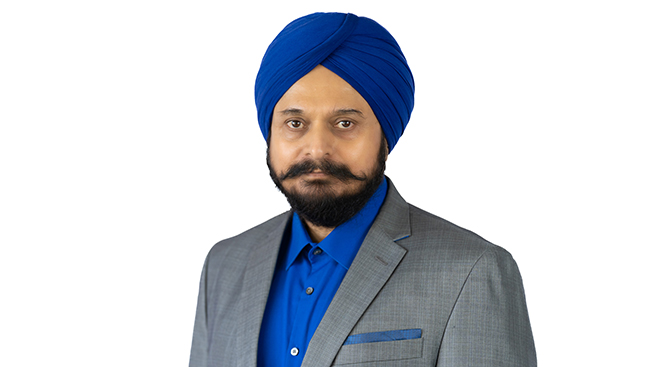 Needless to say, upon completion, Dr. Sandhu received many job offers as his tech skills were, and still are, notably desirable in the marketplace. Dr. Sandhu chose to work at the highly sought-after Micron Technology Inc., which is now one of the largest memory chip suppliers in the world. At Micron, Dr. Sandhu has held several engineering and management roles. He has been actively involved with a broad range of process technologies for IC processing and has pioneered several process technologies currently employed in mainstream semiconductor chip manufacturing.

In 2018, The Institute of Electrical and Electronics Engineers (IEEE) awarded Dr. Sandhu the IEEE Andrew S. Grove Award for outstanding contributions to solid-state devices and technology. In the evaluation process for this award, the following criteria are considered: field leadership, contribution, originality, breadth, inventive value, publications, other achievements; society activities, honors, duration, and the quality of the nomination. Recipients of this award receive a bronze medal, certificate, and honorarium.

Surely, being recognized as one of the top inventors in the world is no small feat. Dr. Sandhu describes his motivation and brainwork behind achieving several patents, “My main passion is to solve complex problems and help my company stay at the forefront of chip technology. I like to take a big picture view of the problem, drill down into fundamentals, and encourage out of the box thinking to come up with solutions. The patents are simply a byproduct of that work.”

In tandem with his many successes, Dr. Sandhu shines light on his experience from the perspective of a South Asian who is leaving such an impressive footprint in the world. Dr. Sandhu elaborates that being a minority can be a challenge anywhere in the world simply because one is perceived as being different from others. “At times, people can have a preconceived notion about you based on a stereotype.”, says the turbaned Sikh. There were instances when people assumed that Dr. Sandhu must not be a good student or was in the lobby of a hotel to collect taxi fares. However, Dr. Sandhu points out that there are also some upsides, such as the fact that most people he meets professionally in a group setting tend to remember him. 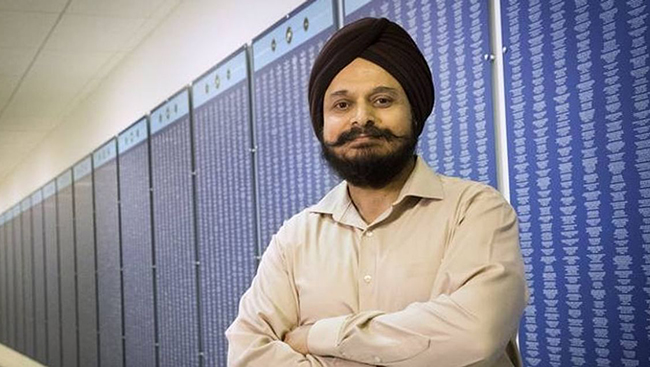 In terms of Dr. Sandhu’s recipe for success, he credits tenacity as one of the most important factors for learning and expanding knowledge, alongside curiosity and attention to detail. For up and coming science, technology, engineering, and mathematics (STEM) professionals, Dr. Sandhu’s advice is to nourish these qualities. “I want to do more to help make young students in high school get excited about science and technology fields, especially kids growing up in South Asian families.'', shares Dr. Sandhu.

Currently, Dr. Sandhu does mentor both engineering majors and faculty at Boise State University, now having held this role for over 18 years. Sandhu has played a significant part in launching the PhD in Materials Science and Engineering program at the university, including writing letters of support for faculty submitting proposals for research funding. Moreover, Dr. Sandhu spearheaded Micron’s participation in Boise State’s research consortia, through which important STEM research on campus is conducted. In addition, he is invited by students and faculty to various events in North America, Asia, and other parts of the world and devotes his time to provide mentorship.

Given that Dr. Sandhu manages interactions with research consortia around the world, he envisions important evolutions for the future, informed by the influx of technological advancements, the rate of technological change, and the overloading availability of information and data. He predicts that the future of research is going to be more dependent on physics-based modeling and artificial intelligence tools. In fact, Dr. Sandhu’s entertaining TedxBoise talk, “How innovation is transforming our planet - for good”, weaves together the history and the future of innovation, reminding the world that creativity is an essential part of being human, and that it offers ways for each of us to play a part in ongoing innovation.

Undoubtedly, innovation is at the core of Dr. Sandhu’s identity. Thomas Edison is recorded in history as one of the greatest inventors of all time, having died with 1,084 patents to his name. As of today, Dr. Sandhu has 1,382 U.S. utility patents. That said, Dr. Sandhu highlights that he does not compare himself to Thomas Edison. Dr. Sandhu’s reward, as he himself states, is simply the awe-inspiring fact that so many people, globally, use and benefit from his inventions everyday.

The project boasts nearly 1,000 residential units made up of condominiums and townhomes ranging from studio to three bedrooms in an impressive variety of configurations. Many homes will feature private terraces and balconies with extraordinary valley, city and mountain views, including views into the charming private gardens at the centre of the development.

In Conversation With Stewart Prest - A Political Science Expert On The Stepping Down Of BC Premier,

With a PhD in political science, Stewart Prest researches, writes and teaches about various areas of political science, including provincial and federal Canadian politics and institutions. In an exclusive interview with DARPAN Magazine, he talks about the BC Premier - John Horgan stepping down and the future of BC politics.

Summer Is Here! Learn How To Keep Your Child Active & Healthy This Summer

Certain research suggests that about 40% of the usual volume of physical activity for children and youth occurs during school hours! That's right, almost half of the movement kids do is at school, so now just guess what happens when they stop attending for eight weeks.

Introducing the Violence Intervention Program: You Can Help a Loved One in Need By Juspreet Gurm, M

When the person causing harm is someone the victim knows and maybe even loves, violence and abuse can cause feelings of shame, confusion, and helplessness for the victim; and take on new levels of danger. This is why every one of us needs to step up to support survivors of violence in their time of need. Everyone deserves to be safe.