Dr. Narinder Singh Kapany the father of fibre optics has passed away at the age of 94. Recognized as the “Father of Fibre Optics” on a global scale, Kapany’s research in the 1950’s led to the development of fibre optics and he was the first person to demonstrate the transmission of an image through a bundle of glass fibres. Without Kapany’s groundbreaking gifts to science, none of this technology would have been invented and the very nature of our world would be dramatically different today. Darpan Magazine had an opportunity to do a cover story on this legend. He was at the 7th Annual Extraordinary Achievement Awards where he was the recipient of the International Sensation Award. 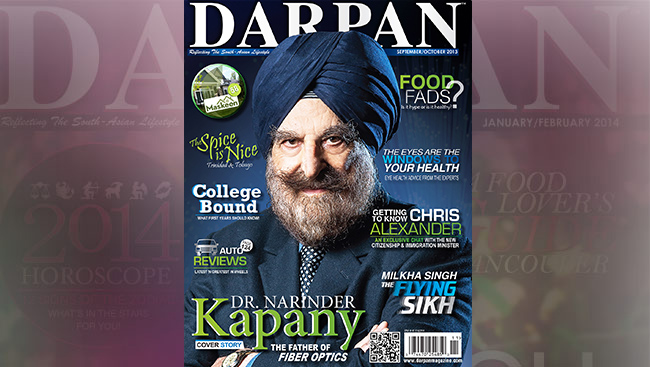 He was endowed with the title the man who bent light. This scientific genius hailing from Punjab, India was recognized as one of the seven ‘Unsung Heroes’ by Fortune magazine in their ‘Businessman of the Century’ issue in 1999.  Kapany is indeed a man of numerous talents and accomplishments.

Throughout his life and career, he has been a scientist, inventor, entrepreneur, business executive, academic scholar, professor, mentor, philan- thropist, art collector and an artist himself. Further notable undertakings include Kapany’s many philanthropic contributions to the areas of education and art. In 1967, he created ‘The Sikh Foundation,’ a non-profit and  non-political charitable organization dedicated to promoting the culture, heritage and future of Sikhism. “I wanted to provide a platform for our children and other Americans to learn and find out what Sikhism is about.”

The Sikh Foundation strives to foster  awareness and greater ties between Sikhs and Americans in the 21st century, says Kapany and over the last few decades, the Foundation has been involved in a number of initiatives from academic courses and conferences to Sikh art exhibitions and the renovation and conservation of historical Sikh monuments.

Born in Moga, Punjab and raised in Dehradun, Uttarakhand; Kapany had an affinity for science from a young age. It started when he was given a small Kodak camera from his father and was determined to understand its inner workings. Moreover, in his early studies, he was told by a professor that light can only travel in a straight line. Kapany thought to himself, “No, that doesn’t sound right” and took it as a challenge to prove his professor wrong. After obtaining his Bachelor of Science degree from the University of Agra, he says “there wasn’t enough to learn in India at that time so I left for Imperial College in London.” Transitioning from university in India to London was not a difficult feat for Kapany, as he said“I was young and ready to conquer the world!”
Darpan Magazine had an opportunity to host him and listen to his incredible Light Journey at the 7th Annual Extraordinary Achievement Awards where he was the recipient of the International Sensation Award. Darpan is saddened to learn about his passing away and we offer our heartfelt condolences to his family.The Darpan team offers their condolences to the man's family who drove away the darkness in our lives and filled it with light. 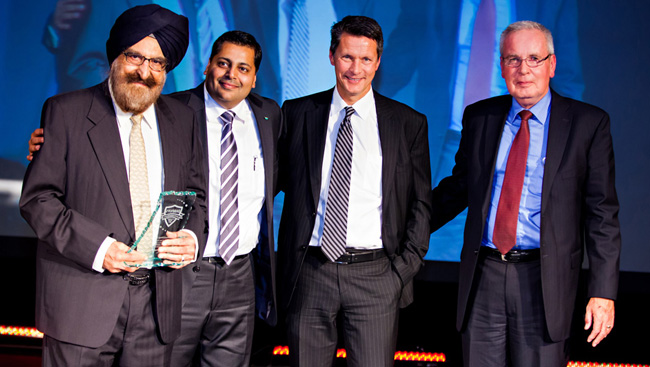 Established in 2013, GloPID-R brings together research funding organizations on a global scale to facilitate effective and rapid research in response to a significant outbreak of an infectious disease with epidemic and pandemic potential.

Young social entrepreneur Ravina Anand is a 2020 recipient of the coveted 'DIANA AWARD' and has been recognized for her work in the field of social technological entrepreneurship.