Petrina D'Souza, 08 Dec, 2016 11:12 AM
A lot is happening on British Columbia’s transit front. The Mayors’ Council and TransLink Board of Directors recently approved a plan for $2 billion in transit and road improvements to be implemented as Phase One of the 10-Year Vision for Metro Vancouver Transit and Transportation. This approval is just the first step towards a new, improved transportation sector in the coming years. While it’s good news for commuters and the province, the person most pleased with these upcoming introductions is Peter Fassbender, Minister of Community, Sport, Cultural Development and Minister Responsible for Translink.
In an exclusive interview with DARPAN, he shares his thoughts on the Phase One Plan, upcoming transit projects for Surrey, and the 2017 general election.
Excerpts from the interview:
A huge funding was recently announced and approved to start the Phase One Plan. How will this plan change BC’s transit sector?
I was thrilled when the Mayors decided to go ahead with their portion of Phase One. The federal government put $370 million on the table, the province put $246 million, and now the region has to come up with their share on the remaining 17 per cent. Now we can move ahead on Phase One, and included in that will be 10 per cent more bus hours throughout the region; a new sea bus on the north shore; new sky trains cars to replace some of the old ones; upgrades of stations like Surrey Central station to accept longer trains so that we have more capacity to move people around; and more investment in bike lanes in communities throughout the region. There are a number of key things that are going to move ahead.
Then we need to sit down and start planning Phase Two. As part of Phase Two, there is the Millennium Line Broadway extension, the L line (Light Rail Transit) in Surrey, and the potential of the replacement of the Pattullo Bridge. Until we get the detail business plans done, we don’t even know what those costs are going to be. And based on that and what the federal government does, then we as the province have to look at our fiscal platform and what we are going to do. We have said that the 1/3rd share that we have traditionally had in the past is what we are prepared to look at in our fiscal plan until we actually know what the numbers are.
What impact will investment in public transit have on housing prices?
It will lower the prices. Supply and demand balance each other out – we have got lots of demand, we just don’t have the supply. If we have more supply, it should help to moderate the price and that means developers will be able to develop more units, create more jobs and construction, which is important for our community. So increasing the density around transit quarters will actually help to moderate prices and also give people the option to be able to move around without having to have a car. 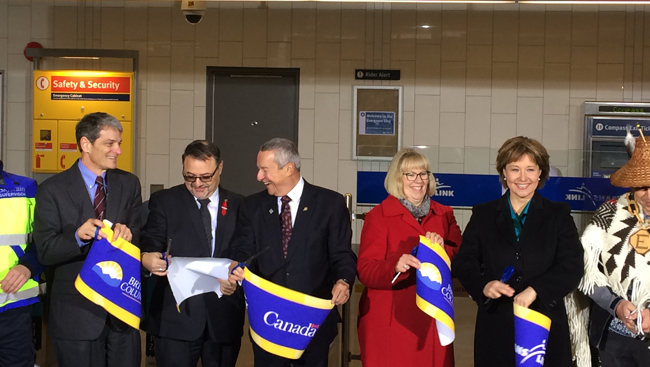 The Evergreen Line is a successful step towards BC’s improved transit system. What other services will be added to this line?
The Evergreen line is the longest (79 kms) automated driverless system in the world and that’s a huge technology advance. Eventually there will be more busses connecting to the system – all the way from Coquitlam to Lougheed through Port Moody. We will be building the bus network to connect to the sky train. I always talk about the rapid transit system as an artery and then we need the veins to feed it, and that’s the bus system that is going to continue to support it.
What plans do you have for Surrey’s transit sector?
More bus services and options, expanding the existing system like the Expo Line, improving the stations to have longer trains so that we can get more people on in any given train – those are priorities. Building the L line along 104th down to King George and then out to Newton is one of the priorities that the city has. Also, planning the extension out to Langley and back so that people can move throughout the region. There are a number of things that we have to do. 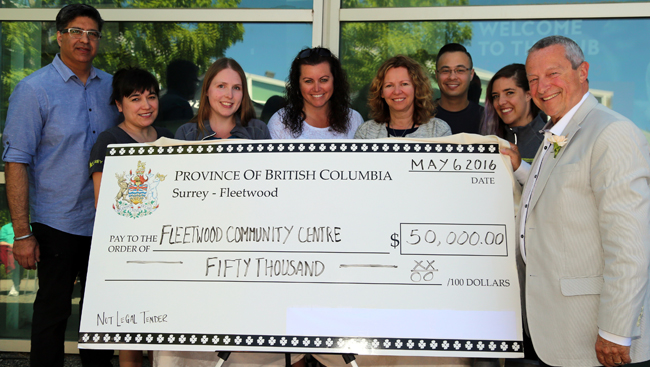 You are the BC Liberal candidate in Surrey-Fleetwood for the 2017 general election. What plans do you have in mind for the region once selected?
I’m going to continue to do what I do now – work hard, represent the community, make sure that I keep in touch with the community to insure that I know what the needs are. I live in this area and I understand what’s going on in Surrey, Langley, south of the Fraser. I’m going to stand on my record. A lot of people were wondering if I was going to change ridings – to be in a “safer riding” – and I said, “Why would I do that?” I made a commitment to the people of Surrey-Fleetwood three and a half years ago and I’m going to live up to the commitment and that’s why I’m running in the same riding and I’m going to stand on my record. 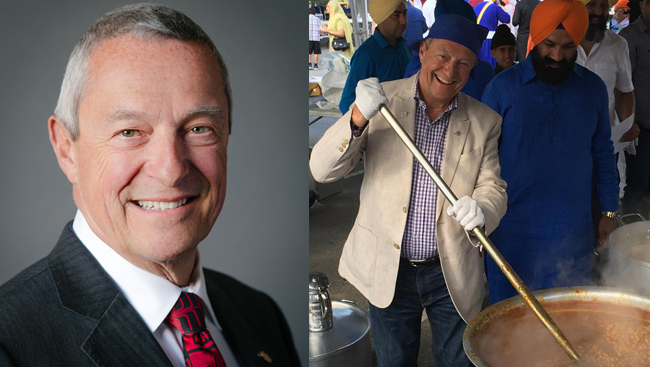 I’m going to say to the people, “Look at what I have done in the time I have been there and look at what my opponent did when he was in office and you make the decisions on who has accomplished the most for you as your representative in Victoria.” I’m looking forward to the campaign. My campaign office is open; I was one of the first to open my office and I did that because I want people to know that I am taking my job seriously, that I am here to win the next election.
Prev Next

With his easy demeanour, cheerful commentary, and simple instructions, Chef extraordinaire Sanjeev Kapoor can make anyone fall in love with food and the art of cooking.

Dr. Kang has always taken the unconventional path, and the many roles she plays in the community and through her work is proof of her journey.

How does it feel becoming Canada’s Minister of Immigration, Refugees and Citizenship? I...