After former owner of the BC Lions Football Team David Braley passed away in October of last year the team announced a new owner today.

Amar Doman of South Asian descent is the new owner of the BC Lions Football team.

He shared his love for the sport at the BC Lions training facility in Surrey today where the announcement of him buying the team took place and how much he wants the team to go places.

Exciting day for @BCLions and @CFL as the @BCLions have a new owner Amar Doman of @FuturaCorporation speaks on being the new owner and wants the @BCLions to win their 1st home game tomorrow night. pic.twitter.com/pDmgyiReyW

Doman owns The Futura Corporation. Doman has over 25 years of experience in the lumber and re-manufacturing industy as well as in public and private investments.

The Futura Corporation into one of the largest and fastest growing companies in Canada.

He spoke about how he will push the legacy of the BC Lions Team forward and how proud he is being a visible minority to own the team.

@BCLions new owner Amar Doman has scored a touchdown being a South Asian man to own the franchise. He speaks to what this means for him as a person of color and how he hopes to carry the legacy of the team on. #sports #football #CFL #BC #BCLions pic.twitter.com/7MJF2Ufefz

He proudly showed of his BC Lions personalized jersey. 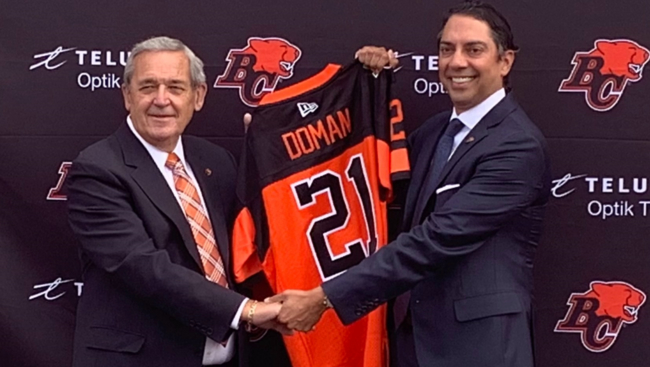 CFL Commissioner Randy Ambrosie also spoke to the importance of inclusiveness and diversity and how incredible it is to have Doman as part of the league.

@RandyAmbrosie commissioner speaks to the importance of #diversity with having Amar Doman as the new owner. #sports #cfl #football #SouthAsian #bclions pic.twitter.com/VTPqox0Yh4

The Lions do have work to do as the team has nosedived in the Vancouver's sports market. 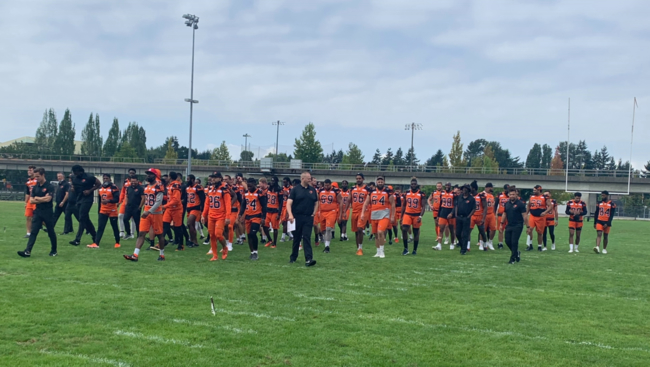 The Lions play their 1st home game tomorrow night since 2019 against the Elk's at BC Place Stadium.

The sporty businessman’s relationship with basketball is not limited to just fandom. As he usually puts it, basketball is more than just a game for him, and he wants to pass on the feeling.

Drawing on unrivalled sources, based on more than 500 interviews, and never-before seen internal documents, "An Ugly Truth" (Hachette) by investigative journalists Sheera Frenkel and Cecilia Kang is the tech story of our times, following Facebook from its undisputed power and influence in 2011, up to its greatest challenge to date: The 2020 US Presidential Election.

"The research process was exciting. However, in all honesty, it was also very emotional, because a lot of ghastly details were brought to my attention. It was difficult to process some of the disturbing information knowing that my family had been through that -- I was in a state of shock".

For the first time ever a fan has been inducted into the Naismith Memorial Basketball Hall of Fame. He has never missed a game in 25 years. His love for the sport of basketball has no boundaries.

She was the first to observe that chimpanzees engage in activities previously believed to be exclusive to humans, such as creating tools, and she demonstrated that they have individual personalities.