A notable phrase by renowned Indian monk, Swami Vivekananda that instantly hits my mind as I envisage to write about this inspirational female figure is “What I want is muscles of iron and nerves of steel…” The phrase is an excerpt from an address that Vivekananda delivered to Indians during the time India was under British control and today it seems that Chhavi Rajawat has rightfully earned the true essence of this expression.

A determined, resolute and robust Rajawat offers a truly inspirational tale that depicts how one individual can bring about change and reformation to those layers of society that have for long undergone isolation and hence been hindered from a fair rate of progress. This is where Rajawat has committed and devoted her efficiency and expertise to inject a wave of reformation in a remote village in Rajasthan, India called Soda.

This MBA graduate’s timeline can be gracefully divided between the time she held prominent positions in the corporate sector, to the time when she was appointed Sarpanch (head of village) of Soda. But how did the course of her journey lead Rajawat from big corporate firms to a Sarpanch?

Rajawat says that in 2010, villagers of Soda approached her father “thinking my father would decide for me or be the one they could use to influence me.” Rajawat adds, “If it were left to him, he would not want his daughter to become a Sarpanch,” since he was aware of the quintessential political ballgame in India.

Nevertheless, a gutsy Rajawat took over the title three years ago. It is understandable that the village had barely witnessed any progress whatsoever since the time her grandfather completed his term in the same role. Any sort of alleviation from the prevailing state meant advancing housing conditions, electricity supply, literacy levels and other basic necessities. However, Rajawat’s appointment as Sarpanch translated into development being galvanized in a broader sense and several projects for development taking center stage. 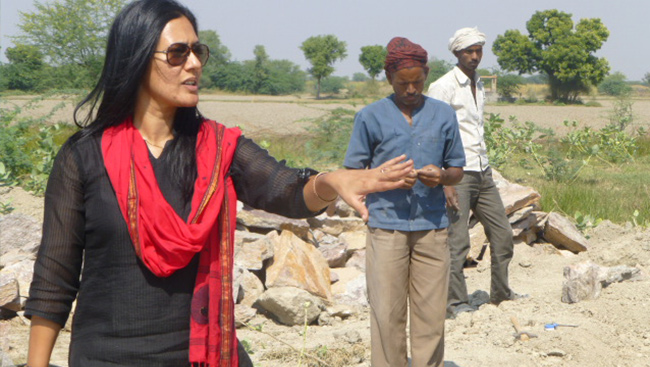 In 2010, with the support of a few individuals in her acquaintance, Rajawat bestowed the villagers with clean water supply. She says, “We de-silted 10 acres of 100 acres of our main reservoir to provide safer portable water to a village, which fell in a government declared ‘drought hit zone’ and where all ground water has been declared unsafe even for the purpose of irrigation owing to high levels of natural contamination and salinity.”

A major issue as discussed by Rajawat was providing a solution for the dispersion of youth from Soda to cities in search of jobs. “Various career counselling and soft skill-training programs have been organized for the unemployed youth,” in addition to various programs that further involve youth village activities. “Our youth club voluntarily cleans the village streets every Sunday, while also participating actively in the plantation drive.” A program called Soda’s Youth Empowerment Program, organized with the support of a non-governmental organization (NGO), conducts daily sessions explaining the significance of discipline, positive attitude and social relationships.

However her efforts are certainly not limited to youth, Rajawat is stimulating female synergy with several programs. “To improve the confidence and worth of women, up to 70 self-help groups of 500 women have been formed and provided training on tailoring, handicrafts, paper mache products, grinding spices, candle making and more. In a village that saw seasonal agricultural as the only source of income, alternate sources of income are now being made available.” What’s more, with the support of foreign aid, Rajawat was able to proudly secure tables and benches for females studying in middle school in Soda.

In 2011, Rajawat conferred villagers at Soda with the power of banking. Individuals were acquainted with advantages of facilities like savings, loans, pensions and more. Considering the hindrances that struck her way, Rajawat rightfully deserves applause and appreciation for her gallant efforts that have procured tremendous results. Observing the extent of corruption plaguing the world’s largest democracy, it is apparent that her drive for growth and development in Soda would certainly not be a cakewalk. However, she highlights support from her family, friends and companies in assisting her and raising funds. “The system does not see me as a facilitator. My aim has been to work as one and help bridge the gap between the village, government and non-government sector.”

Quoting a recent shocking incident that presents the extent of struggle she encounters almost every other day, Rajawat says, “A SHO (Station House Officer) at the rural area police station recently told me to my face that his post is way superior to that of a Sarpanch. That is the mindset the government officials carry and are often seen causing hindrances rather than support.” 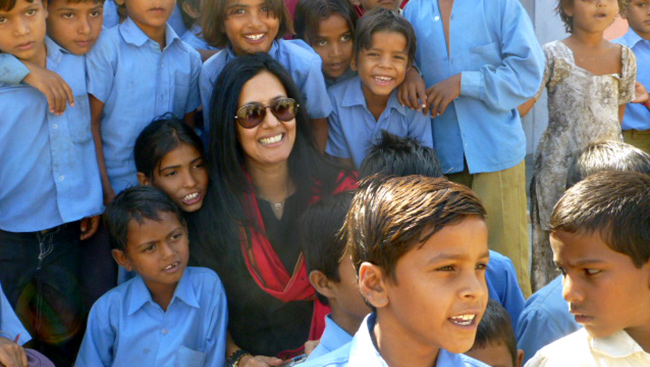 When Rajawat got elected as Sarpanch, there was complete absence of NGO’s in Soda. Through her efforts, Rajawat welcomed Pragya Chaitanya Foundation Trust in Soda; a NGO that supports her “by being my extended team.”

Apart from Rajawat’s efforts to uplift the village, Soda very much relies on funds, alongside technical assistance, to improve farming practices, establish vocational training centers, sewage system, waste management and more. In continuation of her grandfather’s vision, Rajawat envisages to pave a biased-free environment for males and females.

A valiant and fervid Rajawat is swiftly pacing towards her mission to strengthen Soda in every possible manner. Amidst a global scenario where leaders are making efforts to cement their reach, there are individuals like Rajawat, who are silently pursuing their mission of developing and advancing at the grassroots level. With her fervent desire to assure growth in Soda, Rajawat has showcased a perfect example of independently taking charge to instill positive, yet powerful development. Her friends sum it up best describing Rajawat’s noble pursuit saying “Y114ou are doing what we only end up talking and thinking of doing – we are really proud of you.”