Surrey’s 21-year-old Arshdeep Bains filled the community with pride when he signed a three-year entry-level contract with Canucks on March 11, 2022. Bains’ contract will take effect starting with the 2022–23 season, as he likely kickstarts this facet of his sports journey with the Abbotsford Canucks of the American Hockey League on a full-time basis.

Moreover, he has become the first player of South Asian descent to win the Bob Clarke Trophy as the Western Hockey League’s (WHL) top scorer! Just over the span of one explosive season with the WHL’s Red Deer Rebels, Bains has skillfully propelled forward his hockey career.

Bains is the third player of South Asian descent to join the Canucks organization after Robin Bawa from Duncan and Manny Malhotra from Mississauga. Following the footsteps of Bawa, Malhotra, and Surrey’s Jujhar Khaira (who currently is with the Chicago Blackhawks organization), Bains is looking to become the fourth player of South Asian descent to play in the National Hockey League (NHL). 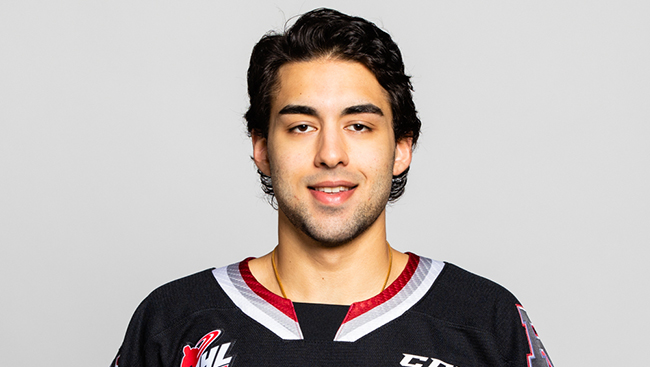 For the passionate go-getter, hockey started in Surrey around the age of three, with his father putting him into the sport. With his two older brothers that played hockey, it was quite an easy route getting into the sport. Throughout elementary and high school, Bains pretty much played all the sports he could, with a lot of soccer, and mostly hockey. As he got older, his father constantly encouraged him to become better at hockey. “My dad would get me on the ice and take me to the gym. He was definitely the first one to believe in me and always pushed me. That said, my parents also always made sure that I put school first. My mom would boost my commitment to school, and my dad would cheer me on at practices,” shares Bains.

Towards early high school, Bains played with the Burnaby Winter Club Bruins and then moved to playing for the Delta Hockey Academy. With practices in between school commitments, the academy worked closely with the school to support student athletes better. When Bains left the academy, he had become equipped with the knowledge of how to balance hockey and school. As such, he has been able to set his priorities straight and successfully manage his time, especially with supportive parents by his side. 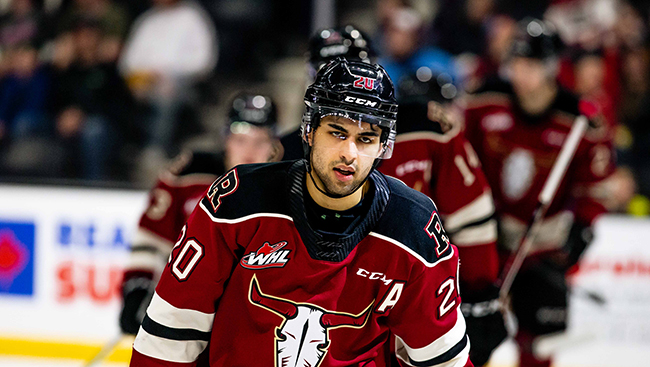 Bains details that his parents have been a huge part of his life and he never shies away from a chance to thank them for all that they’ve done. “They’re a huge part of my life.” The proud parents were super excited when they heard of the Canucks signing, and Bains reveals that there may have been a couple of tears involved. For him, it is incredibly special that he gets to move on and live his own dream and his parents’ dream. 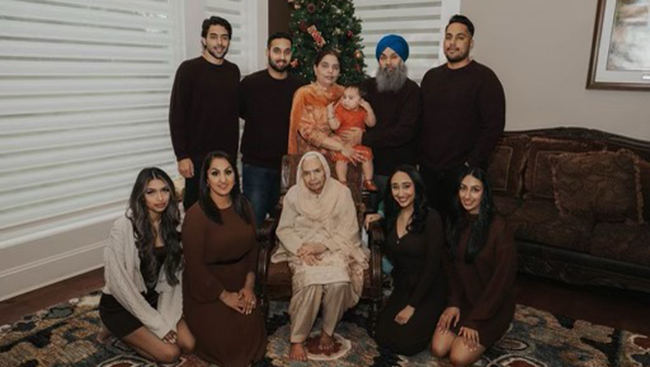 Apart from his father being Bains’ biggest role model, the talented player also emphasizes how much he loved the Canucks growing up, and how they have always been his favorite team. He can still recall the energy around the 2010 semi-finals and Bains’ unconditional love for all the Canucks players. Needless to say, signing with a team he held so close to his heart was immeasurably surreal. With an impeccable season under his belt, Bains says that there was interest coming from different teams, but the Canucks decision was a no-brainer. 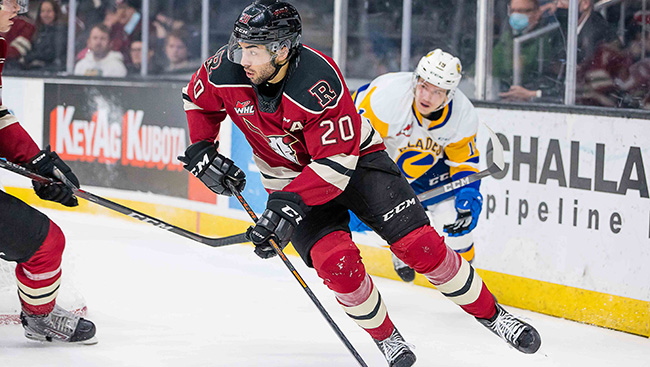 While the victories along the way are to be celebrated, a sports career comes with its own challenges as well. Bains shines light on some hardships that are part of the package, “When you’re moving away from home as a teenager, it is tough. But it is a defining opportunity learning to live on your own and taking care of yourself. Growing up, balancing both school and hockey was also hard, and then there is drafting, with which everyone goes through adversity. What keeps me going is just loving the sport and wanting to get better.” 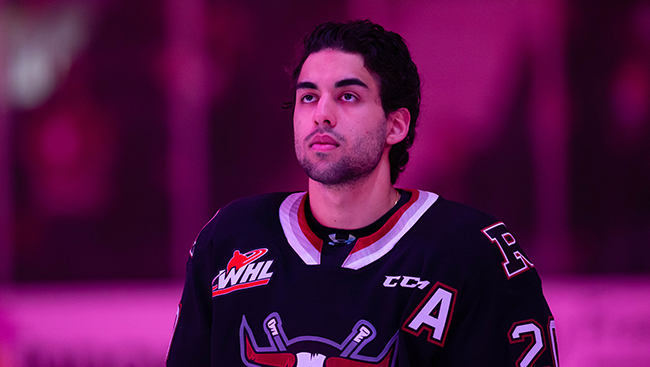 When Bains signed with the Canucks, he got waves of support coming in and had many people reach out to him with congratulatory regards. Being a role model for kids was a great feeling for the superstar. While he understands that the newfound attention comes with the challenge of people criticizing him, he chooses to focus on the positives like helping kids become part of the sport. The budding hockey player’s advice to young enthusiasts wanting to pursue a career in hockey entails his top three tips:

1. You’ve got to love the sport. You don’t want to be forced into sports. It’s always for fun. It’s to enjoy, especially when you’re a kid and want to see what you love

2. Understand that parents want the best for kids, and use the push from them as positive encouragement. For parents, it is important to not be too hard on the kids.

3. School is the most important thing. In fact, there are many sports-based university scholarships available to take advantage of.

Bains elaborates that those who grow up playing sports make memories that last forever, “Sports can be a significantly important part of someone’s childhood. Overall, sports is just another way to grow in a different aspect you can’t learn in school. Being with friends is a special part of people’s lives and it becomes even more amplified with sports. If you can play hockey or any sport, or if you can get your kids into an organized activity, it will be well worth it.” 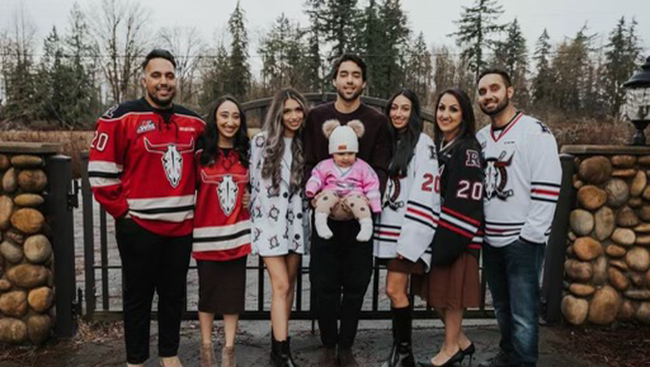 As Bains prepares for all that is to come, a good schedule, discipline, organization, and workouts are key. At the same time, Bains is committed to balancing the professional and personal, be it summer hikes, quality time with his family and dog, or diving into the world of chess. The sportsman’s future aspirations include an eagerness to play with the American Hockey League’s Abbotsford Canucks, while honing his skill sets to keep pursuing the chance of playing in the NHL. Undoubtedly, this is just the beginning of what is evidently a career where even the sky is not the limit!