When Raghwa Gopal landed in Canada as a 20-year-old from Fiji almost four decades ago, there were a lot of challenges to overcome. But he was always a dreamer; one who went every step of the way to achieve those dreams. Today, he is the Chief Executive Officer of Accelerate Okanagan – a business accelerator focused on providing young entrepreneurs with the resources they need. 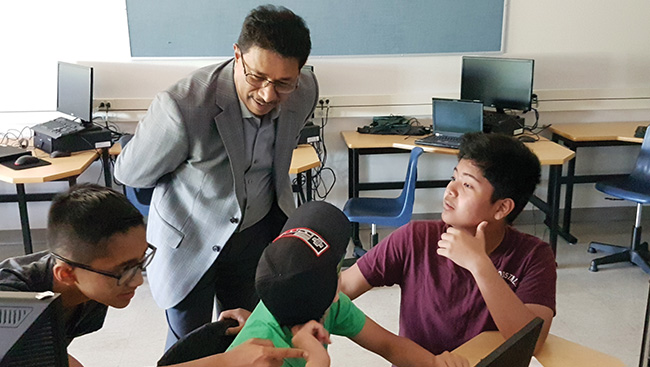 Gopal’s company provides young entrepreneurs with mentorship and connections to money and the market. “Our organization is well connected not just throughout the country, but also in the Silicon Valley. So if an entrepreneur needed to raise a few million dollars we can help them by making that connection to venture capitalists so they can make that money to grow their business,” explains Gopal, who has been instrumentalin starting, growing and selling numerous businesses over the last 30 years. Not just geared towards helping young entrepreneurs, Accelerate Okanagan also assists established businesses by helping them connect to markets for new products.
Beyond his company, the Kelowna-based entrepreneur’s hard work and leadership has been well-invested into the community as well. Gopal has been greatly involved in establishing networks to reduce poverty, improve literacy, support health initiatives, offer disaster relief, and encourage charitable works. He has served as the director of numerous community-based commissions and foundations including the Central Okanagan Economic Development Commission, the Okanagan College Foundation Board, Women’s Enterprise Centre, Project Literacy, YMCA and the Okanagan Angel Network of technology entrepreneurs.
He currently sits on the board of Governors for the UBC. Taking about his role, he says “our goal as board of governors is to do the right kind of diligence and provide the right kind of guidance to the administrative team so that they are making the right kind of decisions.”
Behind all his community efforts is a sense that every leader has someone to look back at and thank. “I look back at a number of people who have played a big role in my life like the guy who gave me my first job when I finished fifth grade. He was philanthropic and that rubbed off on me. When I moved to Canada, I started working with a gentleman here and we became lifelong friends. By looking at these folks, I was inspired and I also wanted to do the same,” shares Gopal, who was has gained considerable recognition for his efforts. He was among RBC’s 25 Top Immigrants in 2017 and the 2016 Community Leader of the year. 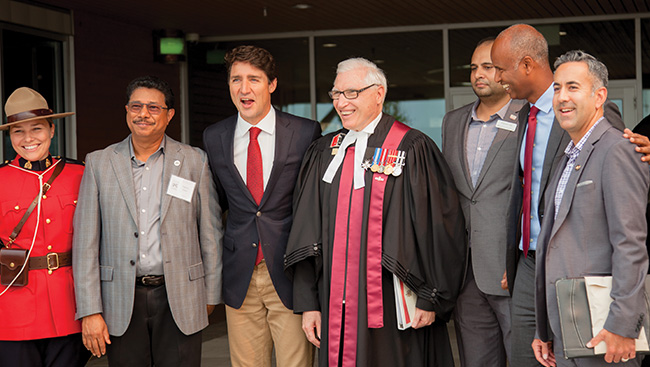 The successful businessman is also a proud founder of his family foundation, Hope and Heal. Gopal credits his wife as the force behind it who is involved in organizing annual fundraising events and raises $50,000-75,000 dollars for local charities in the region.
Philanthropy is at the heart of all of Gopal’s efforts. Through his organization, he is trying to make sure that children get the right kind of information on technology. “I started this program in Burnaby called BYRNE. We did a pilot project for a diverse set of backgrounds and providing these children with education in technology. We will be doing this in many more schools in the future,” he says. 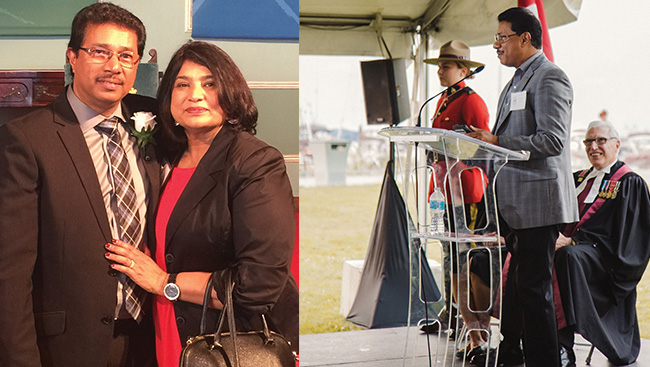 Gopal is cognizant of women in business and wants to make sure that equality and diversity are an integral part of all his work. He is also very passionate about helping First Nations and is currently running an education program at Westbank First Nation.  “We want to make sure that we are not taking those people out of their comfort zone but us going to their land and providing them with the education and the resources. I am going to continue this throughout BC,” he adds.
When Gopal looks back today, he feels he has come a long way. He remembers times from his childhood when his family did not have enough to buy clothes. But his mother’s resolve to get him and his eight siblings educated has always stayed with him. “My mother never went to school but she always told us that education was the only way out of poverty and I have never forgotten that.”
So his message to the youth who are struggling along the way is to stay determined and never wait to do good. “Don’t wait till you’re older or wiser but start doing things, even if it’s giving half an hour of your time once a month, just do it,” he asserts.
Prev Next

From ‘chef of genius’ to ‘creator of the classiest curries in the City’ and in 2014 ‘BBC Food Personality of the Year’, Cyrus Todiwala has been called all manner of good things. This Mumbai-born Parsee is the Chef Patron of Café Spice Namaste, Mr. Todiwala’s Kitchen, Assado, and The Park Café in London, United Kingdom.

For over 10 years, Deborah Dawson, popularly known as Deborah “La Caramelita”, has mesmerized people worldwide with her graceful and passionate performances. Based in France, Deborah is a professional flamenco dancer, an art form originating from Andalusia, Spain.

Now, 13 years old, Bakshi is striding ahead of individuals well beyond his age group by doing what he enjoys most – coding and programming.

Bains will be making history this fall as he becomes the first Indian-born player in Division...

Maninder Dhaliwal, CEO and co-founder of Lions Gate International, strongly believes that opportunities should be available to everyone irrespective of who they are, and where they come from.