"I push myself to be a better human being each day through my actions and by helping others."

Among Surrey’s 25 Under 25 Award Winners is 12-year-old Sia Sidhu, who many in the South Asian community are recognizing as a young philanthropist. Since the age of six, Sia has been running an annual fundraiser from her home. Her tireless efforts over the years have raised over $17,000 for BC Children’s Hospital. “Receiving this award at such a young age is a great honor. I’m very happy and thankful. I’m thankful to all my family, friends and the community for supporting me.
I hope to continue giving back to those in medical or emotional need and hope for everyone’s continuous support,” says the youngest recipient of the award. 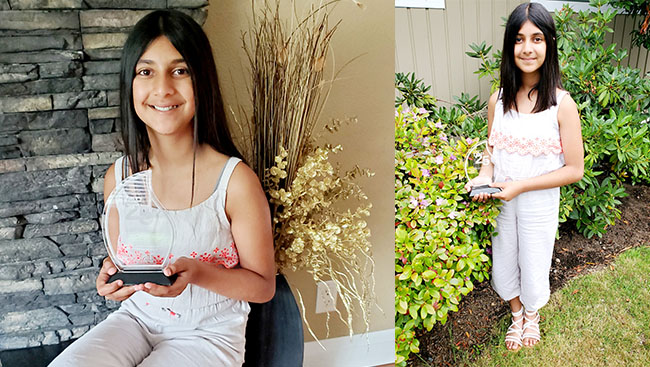 At the age of six, Sia used to watch TV shows that had kids doing lemonade stands for fun. She was inspired and asked her parents if she could put together a lemonade stand. “Instead of using the money for myself, I wanted to give it to people that needed it the most. Therefore, I chose to give it to Delta View Centre as my first charity,” shares the Grade 7 student of Colebrook Elementary School. Since then, Sia has organized a charity fundraiser every year. 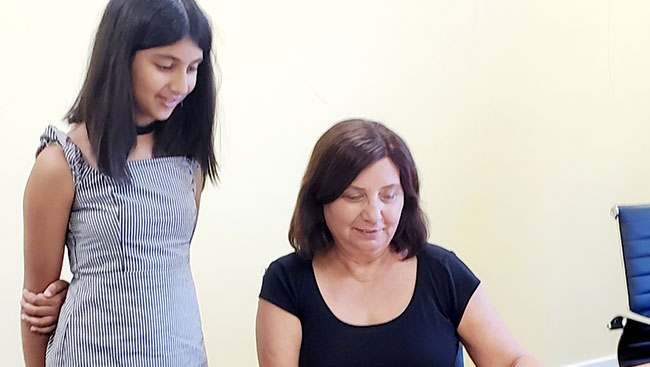 Every year Sia comes up with the idea for a fundraiser and draws up a plan of action to implement it. “I have family members who are part of Team Sia (special shout out to them all) that help me with my marketing, distributing of flyers, and on the day of the event help out with tasks that need to be completed such as making or handling food, taking donations, and selling tickets for prizes, among others,” says Sia, who uses her own savings from birthday money or other funds to buy supplies to create posters for the event. 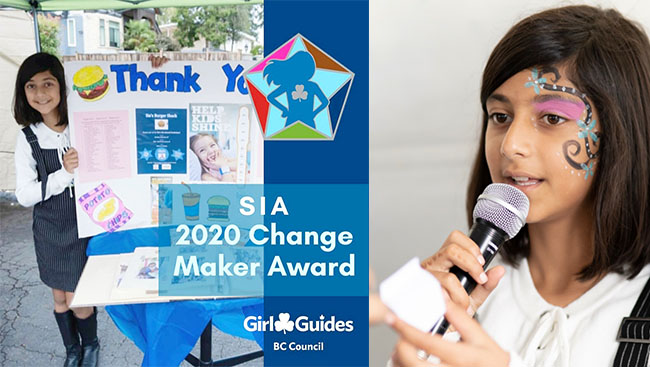 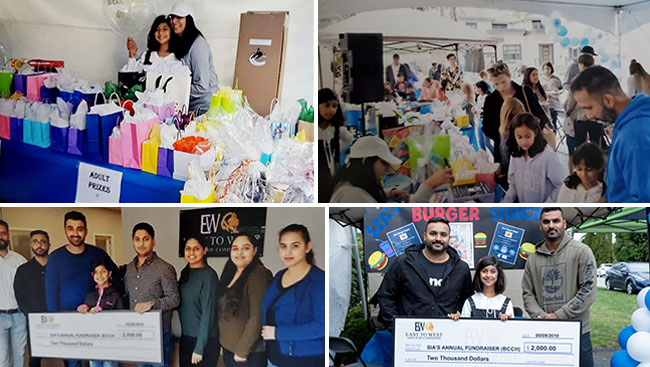 This year, her fundraiser will be held on September 20. “Due to Covid, it will take place virtually. We have set up two raffles. We have over 40+ vendors that have come on board and provided us prizes like trips, diamond jewelry, chef experience, car detailing package, family photography packages, gift cards, baskets and more. We are looking forward to raising a large sum for the Pediatric Intensive Care Unit for Children’s Hospital,” says Sia excitedly. She sincerely thanks everyone who has made the events successful by attending, donating prizes and funds, and supporting her, especially Save-On-Foods and Aman and Jag from East to West Group for their contribution. 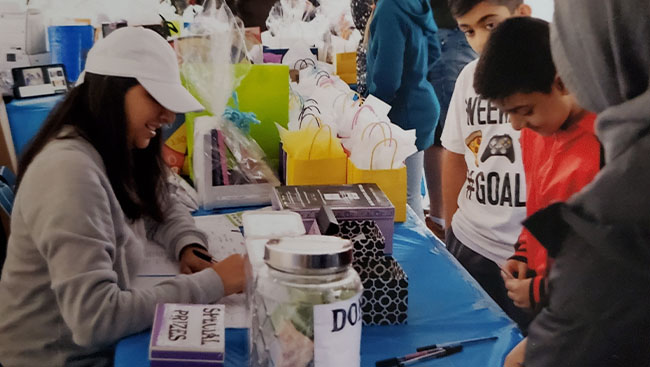 After high school, Sia hopes to pursue a career in politics or broadcasting. Besides community welfare, her other interests are participating in active sports and music. “I push myself to be a better human being each day through my actions and by helping others,” says the Girl Guides of Canada’s 2020 Change Maker Award winner. Her advice to youngsters is “to do things because you want to do them, don’t have others influence your decisions and actions.”

An American citizen has taken charge on taking the catapulting the dialogue on politics and race relations to new heights.

"I want to make a positive change in the way people live their lives, and I am excited to see how the future leads me down this path.” - Tejash Poddar, Schulich Leader Scholarship Winner