The mid-size TLX is the “meat” in Acura’s sedan lineup, sandwiched in-between the compact entry-level ILX and RLX flagship. Debuting in 2015, the sports sedan with pretensions to luxury, or vice versa, is now a sophomore and remains a viable option for buyers looking to get a little more for their money in this segment than they might from a BMW 3 Series or Mercedes-Benz C-Class.

The TLX is pulling double duty, filling the shoes of both the former TSX and TL after Acura decided to trim some of the fat from its four door offerings. In terms of appearance, the vehicle looks more like a shrunken-down TL, measuring nearly 100 millimetres shorter in comparison, than an evolution of the TSX.

Although defined bodylines and an athletic profile are present, features such as the now omnipresent Jewel EYE LED headlights give the car an undeniable sophisticated, grown up air. While perhaps not on the same level as the Germans, Acuras have always had decently-plush interiors and the TLX carries on the torch using alloy and wood accents throughout the cabin and a one-piece soft-touch dash cover.

In keeping with industry trends, the company has been moving in the direction of providing a variety of safety and convenience technologies such as Siri Eyes Free, which lets drivers execute smartphone functions through the infotainment system

One area they are still lagging behind in is navigation, particularly when you consider how other manufacturers, including Ford with SYNC 3, have leapt ahead. The optional GPS, controlled via a combination of buttons and the seven-inch On-Demand Multi-Use Display touchscreen, is slow to respond and not intuitive to input addresses.

When you approach the vehicle, it detects the key fob and puddle lights illuminate the ground in a subtle manner and without any garish logos. This is something not truly appreciated until you’re fumbling for your keys in a dark parking lot.

While the V6, mated to a nine-speed automatic, feels buttery smooth, don’t expect to burn up the tarmac when you put your foot down. The Integrated Dynamic System has four settings (ECON, Normal, Sport and Sport+) to tailor the throttle and shift behaviour according to user preferences, and the Sport mode does make performance feel a little livelier. 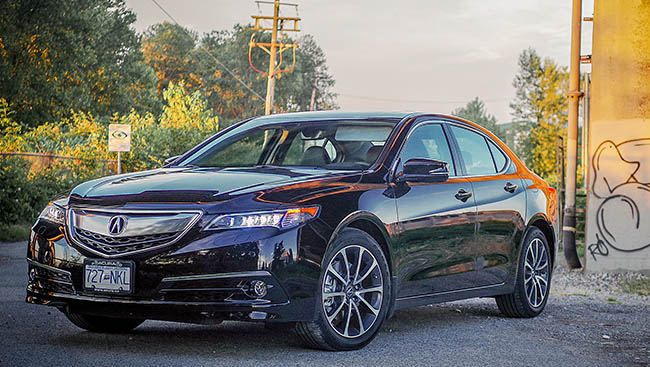 If the Lexus portfolio of vehicles were to take a class photo, the CT 200h would be the shy smart...

Before we get started, let me address a point of possible confusion. Although Mercedes-Benz&rsquo...

The Fuel-efficient SUV To my disappointment as a gearhead residing in Canada, diesel variants...

Roadster gets racier If you haven’t been behind the wheel of a Miata in awhile, or ever...

“EcoRun is a great annual event that shows off a variety of eco-friendly vehicles, and this year’s fifth instalment there’s 27 participating in this showcase run from Toronto to Ottawa via Bellville and Kingston. It’s great way profile green technology and to raise awareness,” said Mark Taylor, deputy mayor of Ottawa during the closing presentation outside city hall in the nation’s capital.

As cool as the outside is, the cabin is really where the magic happens. One of my passengers commented on how plush and un-truck-like the interior is, and I’m inclined to agree, though I will say most examples in the market today have really stepped up their game in this department.