When Lexus teased the UX (short for urban crossover) Concept way back at the 2016 Paris Motor Show, the vehicle represented quite a design evolution from the then-current lineup. The production version manufactured a couple of years later, sold in gasoline and partially electrified form, proved to be a tad tamer, but even now still stands out on the road — particularly in the bright Redline colour Darpan tested. 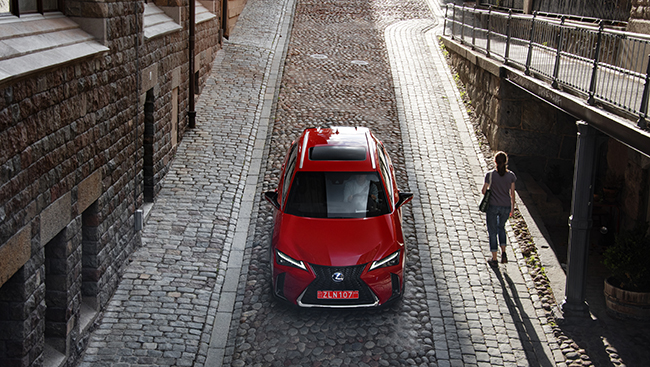 “As the segment’s first self-charging hybrid, the UX 250h offers Canadian drivers everything they love about compact luxury SUV plus incredible performance with standard active safety features and fuel efficiency – at a price that makes it easy to embrace the advantages of Lexus electrification technology.”

While the bodylines have been smoothed over a bit, the UX remains quite faithful to the angular styling of the concept. The standard spindle grille adopts a geometric-style, block-shaped asymmetrical mesh pattern creating a truly 3-D aesthetic. The chunky black wheel arches remain — crafted to channel airflow for better aerodynamics — and the rear end features full-length tail lamps comprised of 120 LEDs looking particularly dazzling when illuminated at night. 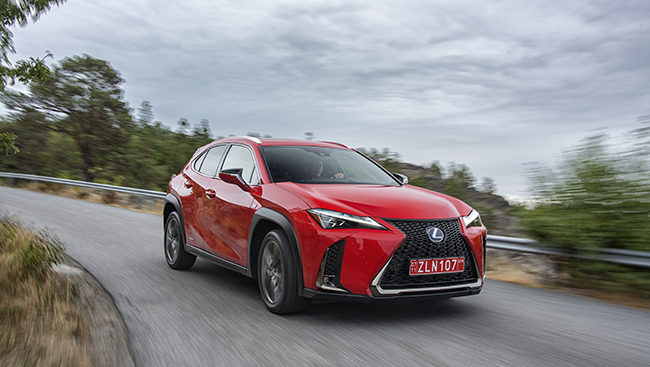 At 4,495 millimetres long and 1,840 millimetres wide, the car-sized crossover fits well in the city and has a turning radius competitors would be jealous of. The only missing thing is factory tinted glass for warm weather comfort and privacy.

There’s no spider-web-inspired seats or see-through A-pillars inside but there are a few cool design tweaks. The instrument hood purposely sits low to increase the driver’s spatial awareness, and media controls are placed ahead of the armrest so tuning the radio station or changing the volume can be done without glancing away from the road. This setup works surprisingly well and usage quickly becomes second nature. 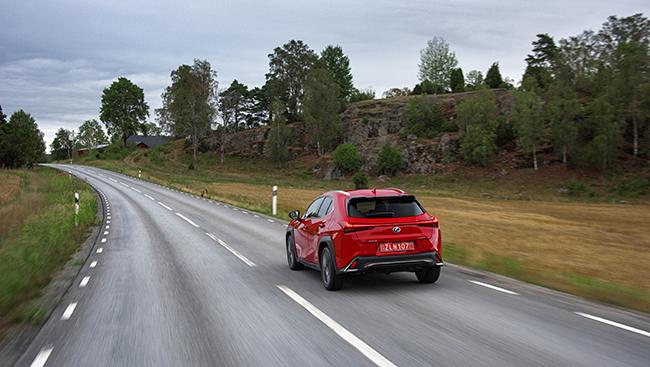 The hybrid is powered by an ultra-efficient combination 2.0-litre four-cylinder internal combustion engine and two electric motors, sending 181 net horsepower to all four wheels via an electric all-wheel drive system, mated to a continuously variable transmission. Especially during these uncertain economic times where gas prices are at record highs, this fuel-thrifty setup is a welcome one. 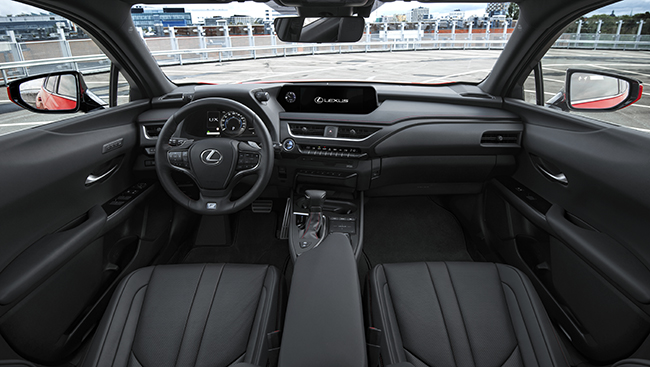 As mentioned above, the SUV is very car-like and doesn’t feel cumbersome to operate on narrow roads. The Macpherson front/multi-link rear suspension provides a tight handling experience, and it’s also easy to park thanks to the excellent ultrasonic sensors warning when objects are getting too close. A birds-eye 360-degree camera would be a bonus, but not necessary.

The 2022 Lexus UX 250h starts at $40,750. Next year, the vehicle receives a refresh increasing rigidity and improving quietness. In addition, there will be a bigger infotainment touchscreen and available active variable suspension as well.

Most compact SUVs seat five people. But there are a few that also come with a third-row seat to boost capacity up to seven passengers. While that third row is pretty small, it does give you an easier-to-park and less expensive alternative to a three-row midsize SUV. If this is an appealing option for you, check out the 2022 Kia Sorento and 2022 Volkswagen Tiguan.