Only on its sophomore run, Volvo’s first pure EV the XC40 Recharge is already getting a boost in performance thanks to a software update for the 2022 model year. 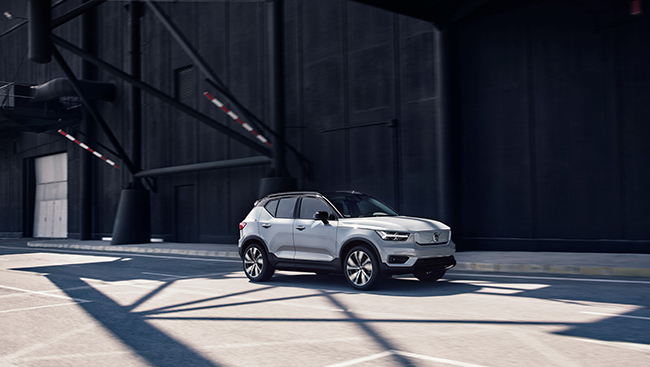 A full top-up on a 220-volt Level II charger still takes about eight hours, or a visit to a DC Fast Charger cuts the time down to around 40 minutes yielding an 80 per cent capacity. A standard 120-volt home charging cable is included, though be prepared to leave it plugged in overnight.

There are no changes to its handsome looks, which boasts near-perfect proportions for a compact crossover with short overhangs and a wide athletic body. Next year, however, the small SUV receives a subtle refresh featuring frameless grill plate, triangular headlights and more angular front bumper to provide a closer resemblance to the recently announced smaller coupe-style sibling the C40 Recharge. 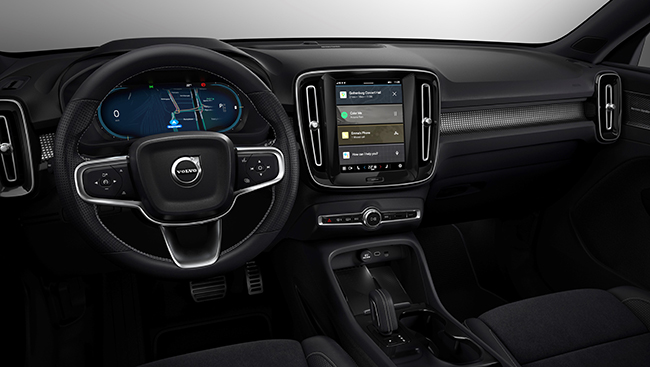 Volvo was already modernizing interiors across the lineup long ago, ditching physical switches for a large tablet display starting in 2014. The Recharge goes a step further eliminating even the start button: Once someone is in the seat and the remote fob is detected, the XC40 is ready to go after shifting to “D.” Also, the infotainment is powered by a smooth and responsive Google Android OS that doesn’t require a paired smartphone to operate. 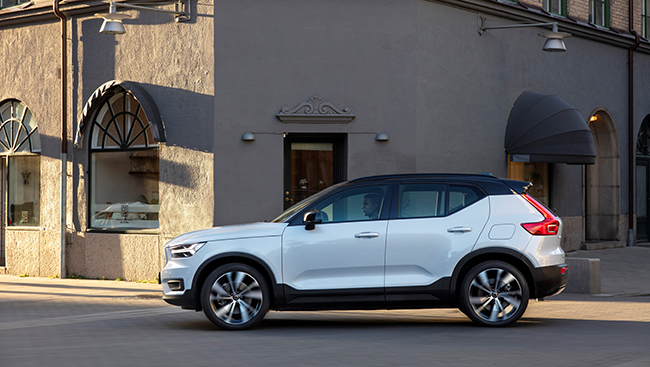 Propulsion comes courtesy of dual motors, one mounted at each axle, creating electric all-wheel drive. The setup has a net output of 402 horsepower and 486 lb-ft of instantaneous torque, translating into a 0 to 100 km/h time of less than five seconds. Protip: if no sickness bags are made available, prior disclosure to passengers of going full speed is probably a wise move. 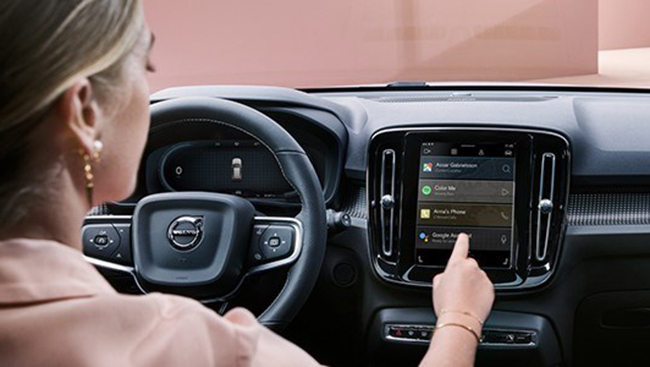 With a curb weight of 2,118-kilograms the EV isn’t likely to win any autocross events, but the MacPherson front strut and independent rear suspension does a good job of enabling the SUV to seamlessly navigate tight urban roads, and is quite comfortable even on bumpier pavement.

As found in competing products on the market, brake regeneration technology converts the kinetic energy produced during braking and recycles it to feed the battery. Rather than holding down a paddle each time to activate this handy function, turning on the One Pedal Drive mode once accomplishes the task automatically. Whenever the accelerator is released the car slows down, albeit in a rather aggressive manner, and in the city virtually eliminates the need to touch the brake pedal.

Another company first is the use of the Advanced Driver Assist System (ADAS) sensor platform. Like the onboard collision avoidance and mitigation safety system — which full disclosure is quite sensitive and can occasionally false trigger during parking manoeuvres — ADAS is scalable and future-proof.

Though stock is limited right now due to ongoing supply chain issues, buyers interested in a base 2022 model will be paying $5,000 less compared to last year with the introduction of a new Core trim retailing for $59,950.

As a result, car shoppers on Labor Day weekend will face higher prices and a limited selection whether they are shopping for new or used. Average transaction prices continue to be at record highs, according to Edmunds data. In June, the average transaction price for a new vehicle was $42,331, an increase of 8.6% from last year.

A handful of automakers have recently come out with new performance-tuned sedans that have upgraded engines and more responsive handling to make driving fun. Edmunds’ experts have selected their five favorite models under $35,000.