I Don't Depend On Films For My Bread And Butter: Gul Panag

IANS, 10 Dec, 2016
Actress Gul Panag, who loves travel and adventure, says she no longer depends on films to earn her bread and butter.
She has been missing from the Hindi film scene for long.
Asked about it, Gul told IANS: "It's not that I don't do films. Of course, I am doing them, but it's just that I no longer depend on films for my bread and butter... I haven't (been dependent on films) for a very long time."
"I am an entrepreneur for the last seven to eight years and I have realized that the kind of films that I want to do, it cannot be for bread and butter. I am still happy to do films but they are the ones that I should really like," she added.
Gul, a former beauty queen, started her acting career in 2003 with the film "Dhoop", and later went on to films like "Dor", "Manorama Six Feet Under", "Rann", "Turning 30" and "Fatso!". 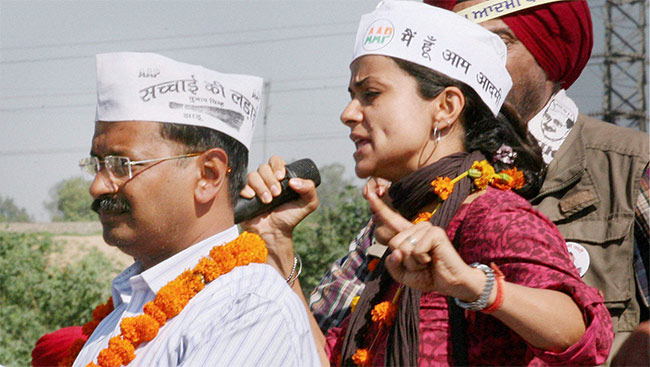 Is she happy with the kind of scripts that she is being offered these days?
"I am busy these days. And every now and then, I keep getting some scripts. I recently did a Punjabi film ('Ambarsariya') that I really enjoyed doing. Whenever I find some challenging scripts, I will do it," she added.
Gul has always been vocal about her opinion on vital issues of the society, and specifically about women equality.
She feels that as far as remuneration disparity between men and women is concerned, it's not just restricted to the film world.
"I think there are people who are speaking up adequately on that. It's not just about Bollywood. I am also an entrepreneur, so it's not just in Bollywood. I see this outside Bollywood as well," the 37-year-old said.
Prev Next

Did You Know? Sagarika Ghatge Has Royal Connect

Sagarika Ghatge's career did not take off after 'Chak De! India' (2007), but because of her alleged affair with cricketer Zaheer Khan she's back in the news.

Did You Know? Sagarika Ghatge Has Royal Connect

What Is Keeping Farhan Busy These Days?

Farhan is currently working on an Indie English album with James Sanger who's worked with U2, Madonna and Phil Collins in the past.

What Is Keeping Farhan Busy These Days?

Will Pakistani Actress Mahira Khan Come Back To India?

Ritesh Sidwani, producer of Shah Rukh Khan and Mahira Khan-starrer film Raees, says that if they feel the necessity to bring the Pakistani actress to India for promotions, they will do it.

Will Pakistani Actress Mahira Khan Come Back To India?