'Pari': No Fairy Tale Romance This

IANS, 02 Mar, 2018 01:03 PM
Director: Prosit Roy
Cast: Anushka Sharma, Parambrata Chatterjee, Rajat Kapoor, Ritabari Chakraborty
Rating:* *
A supernatural thriller, "Pari" is an unusual love story albeit with a good measure of thrills and chills.
Set in Kolkata, Arnab (Parambrata Chatterjee), a Bengali bhadralok aka gentleman, is an introvert and hence readily agrees to an arranged match to please his parents. Heading back home after meeting Piyali (Ritabari Chakraborty), his father at the wheel, he accidentally knocks off an elderly woman, who falls in front of their car and dies.
Aiming to help the lady's daughter Rukhsana (Anushka Sharma) now an orphan, Arnab gives her shelter in his home for a few days as she is ostensibly scared of "those men who want to harm her". 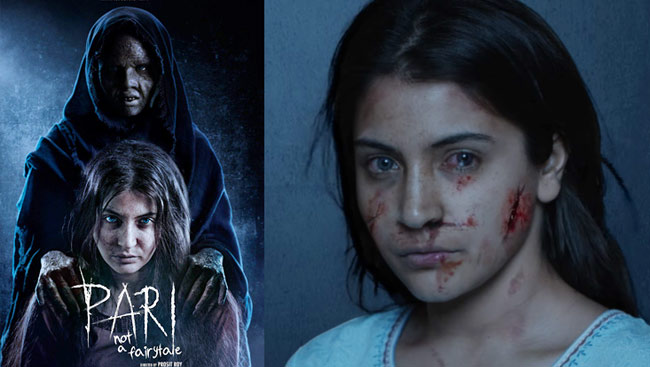 Their unusual bond amidst startling revelations of her identity, forms the crux of the film.
The first half of the film supposedly has you on the edge of your seats, as there are jump scares galore, some well-timed, others deliberate and uncalled for.
The horror elements -- gore and gloom, torrential rain, evil spirits, accentuated by sound design, attempted at sending a chill down your spine, end up seeming a trifle inane and ludicrous, as these are grossly overdone.
The pace of the narrative however drags before half time, leaving you unsettled and bored as the core of the film till then appears confusing and unclear.
The second half picks up and you discover there is a full-fledged story after all, albeit poorly told. And that is the undoing of the film. The manner in which the narrative propels forward, is a let-down. 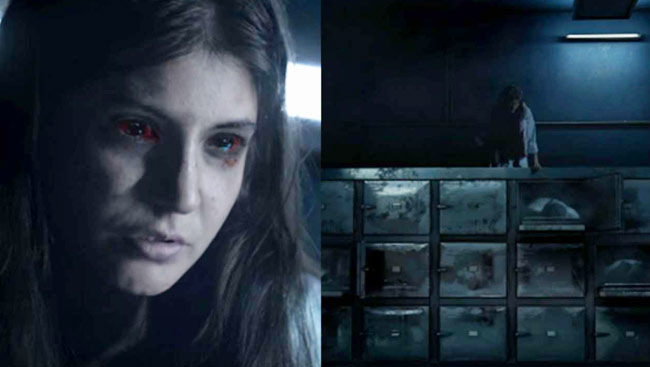 The story although fiction, is heart-warming and touches your heart, but fails to engage you, as it unfolds after a long and convoluted run, making for tiresome viewing.
Director Prosit Roy sadly does not let the film rise beyond the initial horror elements and fails to focus on story-telling.
On the performance front, Anushka Sharma as Rukhsana, delivers a strong and unconventional performance, as the vile, feral, yet, loving and vulnerable girl. You empathise with her instantly. The range of emotions she displays are astutely handled by her.
Parambrata Chatterjee as the quintessential introvert, essays his character with ease and panache, delivering a restrained performance. His demeanour and dialogue delivery are in synch with his character from word go.
Rajat Kapoor as the Professor with a damaged eye, espousing the cause of a movement, is effective, but not necessarily outstanding.
Ritabari Chakraborty as Piyali, has a pleasant on-screen presence and appears effortless.

The background score heightens the viewing experience as it resonates with the setting of the film.
The production values are decent and conform to the genre of the film.
Overall, this film with a promising story had a lot of potential, but it is the weak writing that becomes its Waterloo.
Prev Next