Petrina D’Souza, 05 Feb, 2018 12:48 PM
Food tours are interesting. You get to sample some authentic foods in the area and also learn a bit about its culture and history. That’s exactly what I experienced at the Hidden Gem Dim Sum Chinatown food tour that was part of Dine Out Vancouver Festival 2018. Organized by Canadian Craft Tours, this walking tour took us through some of Chinatown’s most authentic and down to earth dim sum places for a truly unique food tour experience.
Our meeting spot was the Chinese Cultural Centre which is situated right next to Dr. Sun Yat-Sen Classical Chinese Garden and Park. Being a resident of Coquitlam, I have not been to Chinatown as much, and though I have heard about the garden, I never imagined it would be so accessible and beautiful. Our tour guide gave us a brief history of the place, its origin and significance, and the various elements associated with it. 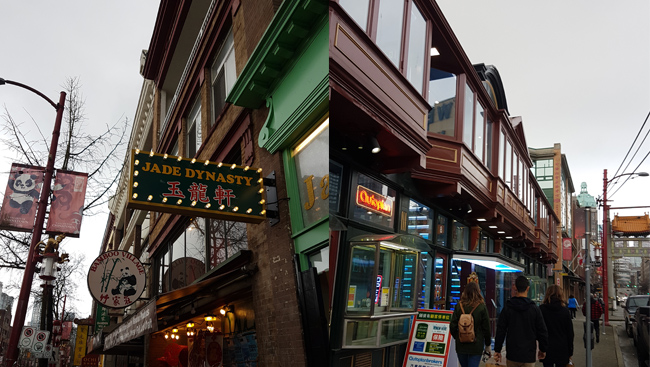 As you take a walk around Chinatown, you see the Chinese culture come alive in every corner. Red being a significant colour in their culture, your see splashes of it throughout the region. Also, other components, such as the small dragon sculptures on the lamp posts or Chinese traditional music playing at various shops, give the region its distinct identity.
The Hidden Gem Dim Sum Chinatown food tour showcased a broad range of Chinese foods from the famed soup dumplings to sweet egg tarts. Our first stop was a local Chinese restaurant that serves dim sum the whole day. Here we tasted an assortment of dim sums like the shrimp dumpling, soup dumpling, steamed pork bun, pork pot stickers and Congee (rice porridge), among others. The word ‘congee’ comes from the Indian word ‘kanji’ and is a common dish in South India. I have grown up eating kanji as a comfort food and found similarities between the Indian and Chinese version. Eating the congee made me feel nostalgic as I remembered the good old days when my mom lovingly prepared the dish every time I was ill. The dim sums, on the other hand, were heavenly. We even tried chicken feet, a delicacy that I had never eaten before. 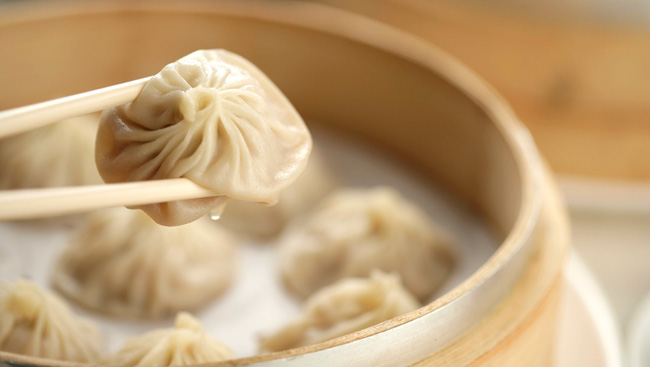 Throughout the tour, our guide took us to a few shops and spots that provided a glimpse of Chinese culture. The tour ended at a bakery where we sampled some of the best desserts in town – coconut bun, sweet egg tart, and also a peanut and sesame crispy puff, which is a Chinese New Year speciality. These delicious treats were just the right food to end an informative and savory tour. I definitely took a piece of Chinatown back home with me and look forward to visiting it again.
Prev Next

Saffron Rice - Perfect with anything!

There is no such recipe for balti as it actually means the cooking pot the dish is cooked in rather than a particular spice mix.

Bring the Thanksgiving table together with BC Blueberries

Bring the Thanksgiving table together with BC Blueberries

Attendees got a chance to taste a plethora of seafood options and also experience tours and seminars pertaining to the industry.