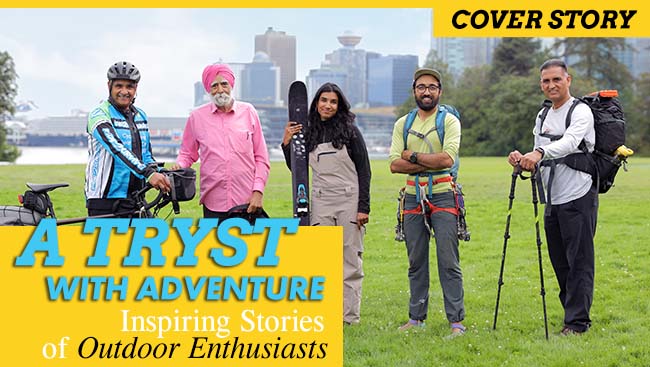 A Tryst With Adventure - Inspiring Stories Of Outdoor Enthusiasts
ADVT

There are number of things that I am always going to be very proud of that we achieved in last four years as a team. We are building Newton Recreation Centre which is going to have an Olympic size pool, volleyball courts, badminton courts, and a number of other facilities on 7 acres. 150 million dollars for this project has already been allocated in the budget.

Housing has been an ongoing topic in the news for sometime now and Randy Mann Homes sheds light on the recent changes coming to the housing market in Darpan’s May/June Top 10.

Darpan 10 with Kevin Falcon, Leader of the BC Liberals

Kevin Falcon, the leader of the BC Liberals is back into the political arena after a decade long hiatus. Find out more on his perspective regarding affordability, housing, vision for his party and much more.

I have been an economist, working on Bay Street in Toronto, since the early 1980s. I now lead a team that provides analysis and forecasts on numerous economic and financial indicators, such as interest rates, economic growth, unemployment, housing, exchange rates, and, of course, inflation.

BC’s health-care sector has been critically short staffed for decades and the union has been consistently pressuring the government to develop an urgent and immediate plan of action to support our nurses.

This year almost 100 percent of the cases are of the Delta variant, so we haven’t been given a clear rationale as to why Kindergarten to Grade 3 students were excluded this year.