Who will be contesting for the position of Mayor of Surrey?

On April 10, 2018, Mayor of Surrey, Linda Hepner, announced that she will not seek re-election in the Municipal Elections to be held in October. In the official statement, she said, “For 33 years the City of Surrey has been a chosen priority in my life and I have been honoured to serve the people of this City. Now after this four year term as Mayor, nine years as Councillor and more than two decades as a senior staff member, I have decided not to seek re-election at the end of this Council term.”

Mayor Hepner leaves behind a legacy of development projects that have transformed Surrey into an advanced city. Being in public service for over three decades, she has seen “Surrey evolve from a modest suburb into the region’s second metropolitan centre and a globally recognized leading edge city.”

Through her role, she has actively spearheaded various projects that have improved the lives of Surrey residents. Her most rewarding and challenging project has been bringing Light Rail Transit (LRT) to Surrey. “When completed, Light Rail will transform and shape Surrey for generations to come. I am glad to say that we are at the finish line where all three levels of government are firmly committed to Surrey LRT and it represents the most significant transportation investment in the history of the city,” says Mayor Hepner proudly.
Post Mayor Hepner’s announcement, a few City Councillors, expressed their desire to run for the Mayor’s seat. “I am considering running for Mayor. I believe we have a tremendous opportunity to shape our growing city and I believe I have the experience, skills and vision to lead this community,” says Councillor Bruce Hayne of Surrey First party. He believes he has the well-rounded skill sets to be a mayoral contender. “A strong business background with seven years Council experience having been the past president of the Surrey Board of Trade and a long-standing volunteer in our community (Surrey Memorial Hospital Foundation, Sources Community Resource Society etc), I have demonstrated a passion and deep commitment to our community.”

Councillor Hayne’s vision for the city is youth-centric. “Investing in our educational system, youth programs, and opportunities for our youth to grow and learn will provide the foundations for the future. Economic initiatives that attract investment in our community will provide career opportunities for youth so they can remain in Surrey to build their careers and future right here,” he shares. Having a strong business and economic background, he wants to place more emphasis on investment to the community such as Health Technology (Innovation Boulevard) and attract more investment to the city.
Another strong mayoral candidate is Councillor Tom Gill, who received over 50,300 votes in the 2014 Municipal Elections – the highest among all the councillors. Councillor Gill, also from Surrey First, states that past 13 years in city council have been invaluable to him in terms of insight and understanding. “Not only have I gained a considerable amount of knowledge, I have realized a deep respect for the challenges facing a growing city like Surrey. My finance background as a CPA and CFO, uniquely prepares me for this very demanding leadership role and the significant commitment that is required to be Surrey’s Mayor.”
Councillor Gill asserts that there is a need to create a strong and sound plan that addresses not only the future needs of the city’s business community but the present needs of its residents. “That plan includes things like job growth. Job growth with tremendous potential in technology, creating high paying jobs in the tech industry by partnering with tech companies to build a technology sector and regional hubs in Surrey. We must also develop the ‘know how’ to utilize this technology to our advantage in order to enable us to collaborate and engage in civic affairs on a whole new level,” he adds. Like Councillor Hayne, his focus is on youth as well. “We need to fan the fire in our youth. This will be done by creating more post-secondary opportunities for our growing youth population. Opportunities that ensure they receive the best possible education at a practical and affordable rate.” 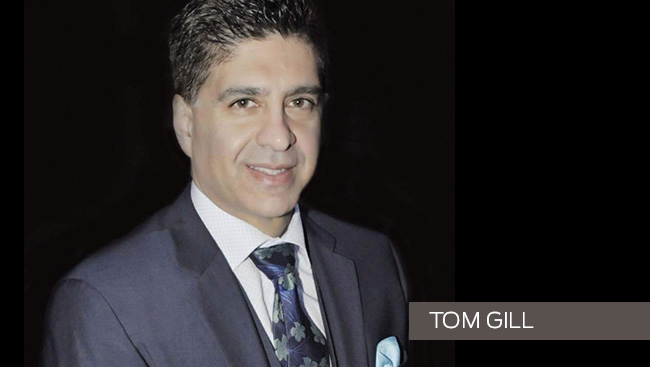 Coming from a CPA and senior management background, Councillor Gill feels process and policy is crucial to any success. “There is a strong need for high moral social responsibility and inclusion of community at a whole,” he points out, “My collaborative approach in bringing the right people with the right qualifications to the task, will serve me well in this new role. Fluid change process embodied by a culture that has best practices, continuous improvement, creative and efficient use  of staff talent and technology is where I want to take this city.”
He would also like to redirect some focus on creating a core Entertainment District in Surrey. “Give our arts/culture centres the opportunity to flourish while also providing that same opportunity for the performing arts which are often left behind.” As Mayor, he hopes to build a Surrey where quality of life matters, for both current and future residents. “We have over 102 languages spoken in the streets of Surrey.
As mayor, it’s an honor to embrace the strength of all our unique cultures and provide them with the opportunities and resources to showcase their cultural heritage in an environment they can be proud of,” shares Councillor Gill, who has the support of Marvin Hunt, Liberal MLA for Surrey-Cloverdale. “I have served for many years with Tom Gill on Surrey Council and believe that he would make a great Mayor for this City,” says MLA Hunt.

Councillor Mike Starchuk is also considering the Mayor’s position. Being a resident of Surrey for over 50 years, the Surrey First party member has seen the city grow to where it is today. He wants to create a city that enhances the lives of both residents and visitors. “With the additional people coming into our City every year, we need to ensure there are jobs and housing options for those who want to work and live here. For those visiting, we need to make sure our Arts and Cultural venues along with our Parks and Recreational venues continue to grow for those that wish to enjoy their spare time in our City.” Additionally, he states, protection of Surrey’s Agricultural Land Reserves from development is needed, to make these lands more productive to lessen their reliance on outside food production. “The continued promotion of local sustainable food production must be moved to a higher level. We need to continue to be leaders in the areas of climate change and the reduction of greenhouse gases,” he declares.

Two other political organizations – Surrey Community Alliance (SCA) and People First Surrey (PFS), are also gearing up to challenge Surrey First and win the Mayoral election.
The main aim of the SCA is to make Surrey a liveable city – one where its residents can thrive,  conduct business, work without fear of crime, move around freely while preserving the greenspaces for future generations. “The SCA will work towards developing policies to ensure that people living in Surrey can stay and work in Surrey. We will do this while balancing the need to absorb some of the many people who are coming to our province,” says Doug Elford, president of SCA. The party has yet to determine a mayoral candidate.
Rajesh Jayaprakash of PFS says the group was formed because its members believe the root cause of issues with democracy is the large campaign donations and politicians’ indebtedness to these donations. The party wants to change that and lead by example. On the website, People First has listed 16 priorities that the organization aims to focus on in the next four years, some of them being issues concerning crime, housing affordability and transportation. “Our position is that Vision for Surrey should be created by the people of Surrey, not a few politicians and so-called experts. The main concern for Surrey First is that this vision is created by politicians and ‘experts’ who don’t know much about Surrey. They mostly omit public from the Vision development process,” states Jayaprakash, who most likely will be the mayoral candidate representing PFS.

The organization also believes that LRT is an irreversible mistake, which will cause more road congestion in Surrey. “Our proposal is a SkyTrain with complementing bus network. But rather than deciding ourselves, we would conduct a voting in Surrey to decide between LRT and SkyTrain and different options for those. This way we give people the choice,” says Jayaprakash.
Both parties believe there is a need for change in the City Council. Surrey First has been dominating the council since 2008; last election, it won all the council seats, led by Mayor Hepner. “Eight years of one party system on council is not working for us. Communities and neighbourhoods are telling us that the current council is too close to large developers and are not listening to the needs of the people. Many people go to council meetings and feel that decisions are already made behind closed doors. There is no one speaking up for all of Surrey right now,” expresses Elford. Jayaprakash agrees, “We need a council that has the ability to listen, take feedback and refine. What we are proposing is a framework for receiving priorities from the public and publishing our plans before the elections and letting the public decide. The public shouldn’t have to blindly believe in a new “change” slogan during every election without seeing any real change.”

Shinder Purewal, resident of Surrey and KPU professor, states that calls for change are in the air. “Same politicians dominating the city hall far too long is going to be a major challenge for the incumbents, in particular a public perception that they don’t listen to common people of Surrey. One prime example of this elitist snobbery is a decision to bring Light Rail Transit (LRT) without any studies and public input whether it is the best solution for transport problems of Surrey.”
The names of mayoral candidates contesting the Municipal Elections are undisclosed and are expected to be announced around June. “If we remain focused on Surrey First thinking they are the natural governance slate in Surrey, then we can see either Councillor Gill or Councillor Hayne becoming Mayor candidates. There is also a possibility of Councillor Starchuk coming-up with his own slate. However, the anti-incumbency feelings are indicating a change in civic politics in 2018. Who knows what may happen?” says Purewal in conclusion.