Bellingham: More Than Just A Mall

By Benjamin Yong, 21 Jul, 2015
For two unique and fun character neighbour-hoods only an hour’s drive from Metro Vancouver, Fairhaven and downtown Bellingham in Washington State’s Whatcom County might be the Pacific Northwest’s best kept secret. To many living in southern B.C., the mention of Bellingham mostly conjures up images of Bellis Fair Mall, Costco, or Trader Joes. But in reality, just outside the big box retail strip lies an exploding craft beer movement, farm-to-table restaurants, boutique shopping opportunities and a vibrant arts environment. We pick some of the top hidden gems to discover this summer whether you’re visiting for a day or a week.
Fairhaven
Founded over a century ago, the historic town of Fairhaven is adjacent to downtown Bellingham, located off the I-5 at Exit 250. There are a dozen buildings once used as saloons, grocery and drug stores, the oldest dating back to 1889, which have been restored, with some still being used for the same purposes. The town experienced a resurgence in the 1970s when a successful local businessman purchased the aging buildings that were originally set to be demolished. 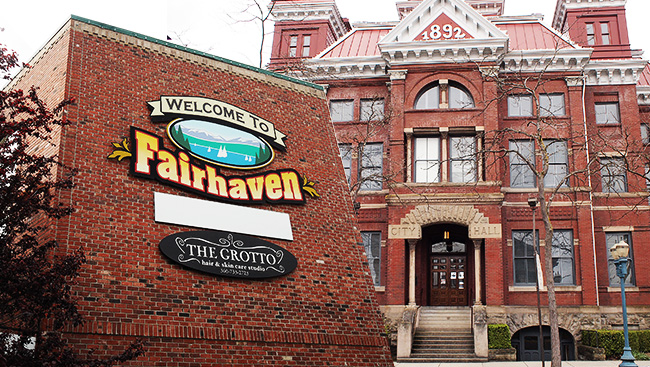 Rediscover print
Who said print is dead? Village Books (1200 11th St.) is an independent bookstore operating since 1980 and founded by Bellingham residents, Chuck and Dee Robinson. Here, book-lovers can find new, used and bargain titles, ranging from contemporary New York Times Best Sellers to classics, and ebooks on the website. The couple also own the connecting Paper Dreams, though labelled as a greeting card and gift store, in reality it carries all kinds of knick knacks and gadgets under the sun, including products made by local artists.

Cycle South Bay
Spectacular views of Bellingham Bay await those who choose to ride (or walk/run) along the South Bay Trail connecting Fairhaven to downtown Bellingham. Made up of gravel, boardwalk and concrete sections, the trail is easily accessible from several points in town, like right behind Fairhaven Bicycle (1108 11th St.) Another long-standing neighbourhood fixture, the shop sells bikes and apparel, offers repair services, and rents out all sorts of pedal vehicles. Rates start at $25 for four hours ‒ just enough time to take a cruiser downtown for a nibble, a little exploring and get back before dinner.
Stay in the heart
At the centre of the historic district is the Fairhaven Village Inn (1200 10th St.), an award-winning 22-room family hotel. The establishment embodies the same charm as its surroundings with amenities such as a brick fireplace in the lobby, a lounge resembling an old English library, and a functional wooden telephone booth downstairs. The rooms are clean, well-furnished and some feature balconies, fireplaces and sofa beds. There’s free WiFi, coffee and continental breakfast prepared every morning in the cozy dining room or outdoor porch.
Downtown Bellingham
Two miles away, downtown Bellingham has its fair share of history as well. Starting out as the region’s political and business hub at the turn of the 20th century, the focus of late has shifted towards becoming a modern, sustainable entertainment destination (case in point: the former city hall turning into an art museum). Dining, drinking and immersing in cultural phenomena are favourite pastimes for visitors.
Drink beer
Anyone who has a remote interest in the microbrew scene knows that craft beer has been enjoying an unprecedented popularity in the last few years. Chuckanut Brewery & Kitchen (601 Holly St.) got in ahead of the curve by setting up shop in 2008. Owned and operated by Mari and Will Kemper, the duo have years of industry experience launching Thomas Kemper Brewery in nearby Bainbridge Island in 1984, and setting up brewpubs all over the United States. “We specialize in clean, crisp, German beers,” says Mari, although there
are other varieties, some collaborations with different breweries, always on tap. 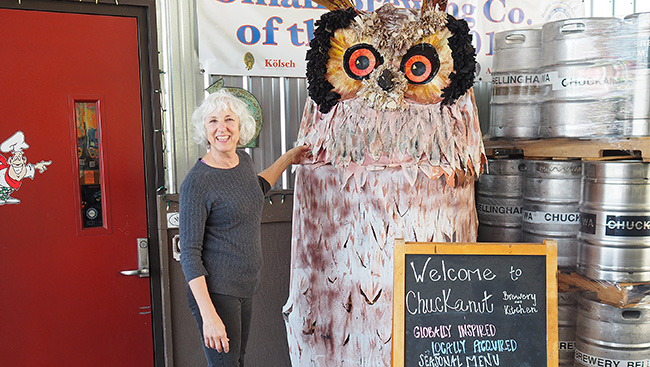 Offering a full menu, a rotating “Locavore” section highlights meals using produce and meats sourced from the community ‒ a great example of this is Farmer Al’s Pickled Eggs, which come from chickens fed spent grains from the beer brewing process. In addition to Chuckanut, there are currently five more central watering holes serving up their own specialities, and a crop of new ones are on the way. You can find all the taprooms using the Bellingham Tap Trail (www.bellinghamtaptrail.com), a combined map, and passport, where enthusiasts collect stamps from participating venues to turn in for a prize.

Get cultured
It’s impossible to miss the old city hall-turned museum (121 Prospect St.), thanks to its massive size and Victorian architecture. Making up one-third of the Whatcom Museum, the vintage landmark is home to a permanent historical exhibition as well as temporary displays, such as The Owl and the Woodpecker, a series of wildlife photographs by Seattle photographer and author Paul Bannick. The other two-thirds are comprised of the contrasting LEED-certified Lightcatcher building (250 Flora St.) featuring a translucent wall measuring 11 metres by 55 metres, and the Syre Education Centre used primarily for school field trips.
The Spark Museum of Electrical Invention (1312 Bay St.) documents human history using a treasure trove of rare artifacts dating from the 1600s to the 1940s. Learn about early light bulbs, telephones and the first electronic musical instrument, the Theremin. On Saturdays and Sundays, the MegaZapper Electrical Show offers guests an opportunity to step into a protective Lightning Cage and witness 10-foot arcs of electricity shooting towards them from a gigantic Tesla coil. 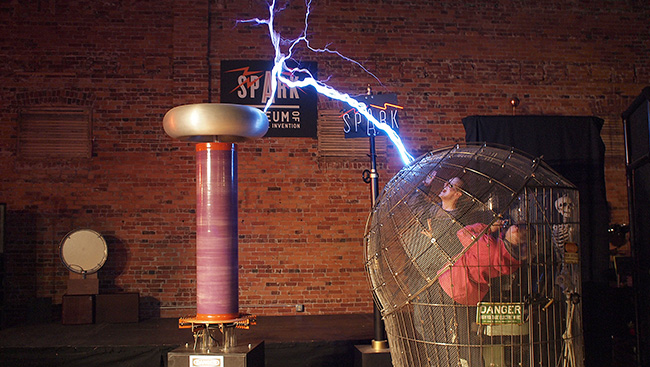 Eat with a view
What’s more romantic than having a fine Italian meal right by the waterfront? Giuseppe’s Al Porto (21 Bellwether Way) cooks up authentic pasta and entree dishes inspired by Italy, while providing a classy, yet friendly atmosphere. Try the Spaghettini con Cappesante with seared sea scallops, fresh tomato, basil and pine nuts ($25), and pair it with a glass of Morro Cabernet Sauvignon ($9). Afterwards, go for a walk along the Squalicum Marina and watch the sun set over the bay.

Wake up on the Bright Side
That’s the motto of La Quinta Inn & Suites Bellingham (1063 West Bakerview Rd.), one of the newest hotels opened within the last couple of years. Close to the airport, the four-story inn has 81 rooms with free parking and Internet, a business centre, gym and indoor pool, and is right next door to a shopping plaza should you need to grab some toiletries or a quick meal. Make sure to wake up for the complimentary Bright Side Breakfast served in the mornings until 9 on weekdays, and 10 am on weekends.
Prev Next

LEAVING ON A JET PLANE

Santa Monica: Where the city meets the sea

Santa Monica is a town for walking. Santa Monica Place, Montana Avenue and Main Street are home to many upscale boutiques if shopping is your thing. Third Street Promenade is like an “outdoor living room”, with all forms of entertainment – street performers, movie theaters, restaurants, bars, art galleries, and shopping.

Up until my most recent visit, my knowledge of Portland came primarily from friends telling me about their tax-free shopping excursions, and watching the IFC sketch comedy series Portlandia.

Part of travelling is always the journey and the one to Salt Spring Island is a particularly gorgeous trek across the sea, whether you come efficiently by float plane from Vancouver or take your time walking or driving aboard the BC Ferries.