Nagoya, Japan: A mix of old and new

Nagoya embodies a dual identity of rich tradition as well as cutting-edge modernity.

Tokyo and Osaka both carry a lot of clout with overseas tourists, largely because of their reputation as world-class destinations. But there are several other places on the island of Japan that deserve just as much recognition, like the central city of Nagoya that sits right in-between the above two well-travelled areas.

With a population of 2.24 million, Nagoya embodies a dual identity of rich tradition as well as cutting-edge modernity. Take for example the green-roofed Nagoya Castle, built by the country’s first shogun (military ruler of Japan) during the Edo period in the 17th century, which has now become a major landmark. Fast forward 300 years or so and automaker giant Toyota, founded just to the east of the city, constructs another significant attraction, the Toyota Automobile Museum, housing vehicles from the start of the automobile evolution to the latest creations.

The dichotomy also exists in the wide variety of foods, shopping, entertainment and hotels that is offered within its borders and in the surrounding prefecture of Aichi. Here’s a guide to some of the spots you’ll want to visit.

Once lived in by one of Japan’s three feudal lords, Tokugawa Ieyasu and his family, the castle perched high atop a stone foundation was originally completed in 1612. Several parts of the structure were damaged by air raids during the Second World War, and restorations continue to be an ongoing effort. The entry fee is 500 yen and inside, a mixture of recreated historical sets, scale models and preserved artwork spread out over six stories awaits visitors. Don’t leave without dropping by the gift shop on the top floor where wall-to-wall windows provide a magnificent exterior panoramic view.

A multi-level entertainment complex doesn’t begin to describe Spo-Cha, containing pretty much every fun activity you can imagine, crammed under one roof. For a set fee (i.e. 2,200 yen gets you three hours), guests have unlimited use of arcade games, bowling, batting cages, basketball, badminton, volleyball, squash, bubble soccer, and so on. There’s even a mechanical bull for those that feel adventurous enough. 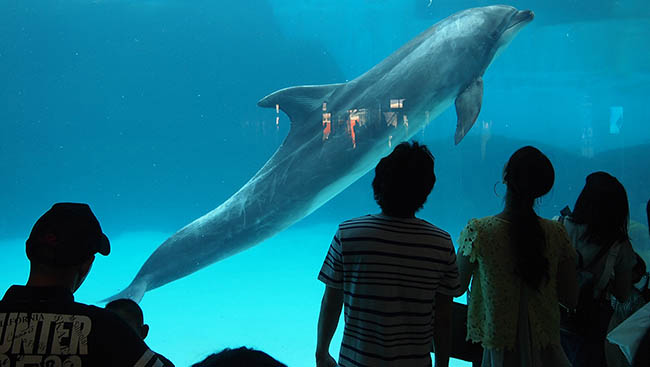 There are plenty of aquariums all around the world, but Nagoya’s has a unique line up of aquatic creatures big and small from beluga whales and orcas to sea turtles and jellyfish. Popular sections include the Antarctic tank populated by dozens of penguins and the recreated coral reef. Outside, there’s a 30-minute live dolphin show where trainers interact with the intelligent mammals to perform spectacular tricks. Adult admission is 1,600 yen and gives you entry to all the galleries.

Opened in 1989, the Toyota Automobile Museum was part of the company’s 50th anniversary projects. Although Toyota is in the name, vehicles that hold any kind of industry significance or influence make up the 140 or so models on display. The facility is split into two buildings: the Main Building has a floor dedicated to classic and modern European and American cars like Volkswagen Beetles and Ford Model A’s, and there’s one for Japanese cars going back as far as the 1930s where you’ll find the first Toyota Corolla and Mazda Miata made. The Annex Building focuses on the progress of motorization in Japan, as well as societal changes with the advent of new technology and ideas.

Japan is famous for its underground malls, where lines of shops exist right underneath pedestrians walking on the street above. Oasis 21 is certainly one of the most visually arresting ones, with a roof inspired by the “Spaceship Aqua.” There’s a tourist information centre inside, restaurants, stores, and it’s conveniently located next to a train station. There are three other shopping arcades linked to the complex: Central Park, Chika Shin and Sakae Chika. 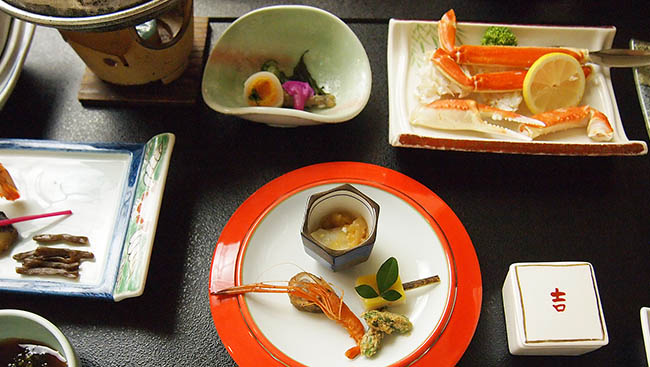 Freshwater eel, or “unagi” in Japanese, is as famous a dish here in the west as it is in the east. Restaurants such as Shirakawa have a special way of preparing the meal, eaten in three parts. A sizable portion of grilled eel, layered on top of rice, is brought out with sides comprised of dried seaweed, wasabi and chopped green onions. Customers first scoop out a third of the eel rice into a small bowl to enjoy as is. Afterwards, you scoop a little more into the bowl and then ask your server for broth that is mixed in to create a soupy-rice and eel mixture. Finally, the rest is combined with the sides in your bowl to create a spicy and savoury experience.

No trip to the Land of the Rising Sun is complete without having ramen (Japanese soup noodles). Like many other noodle eateries, patrons purchase a ticket at a machine near the entrance before sitting down to choose their desired style of ramen. Flavours range from the familiar pork with miso (fermented soybeans) or shoyu (soy sauce) to the more exotic. Hand your ticket to the server and a tasty hot treat soon arrives. Just a note - tipping is not customary in Japan.

If you’re wondering why Denny’s is on this list, it will become clear the moment you sit down - the logo is the only thing that is similar to the local franchise we have here. In the morning, one can order a typical Japanese breakfast with rice, a piece of fish, miso soup with seasoned white tofu. For lunch, try curried hamburger meat on rice. Feeling homesick? There are a handful of western classics on the menu. As a bonus, there’s free Wi-Fi available, somewhat of a rare commodity in the city. 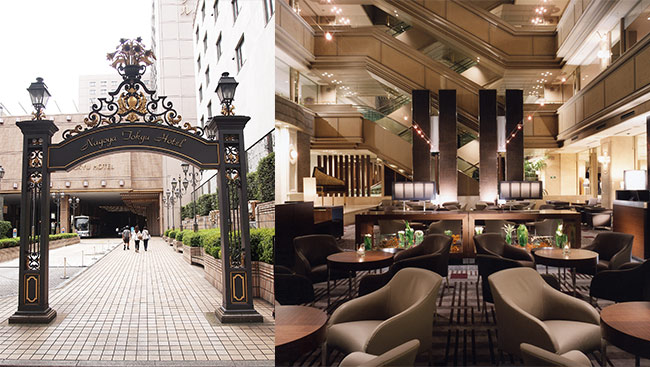 For a true old Japan-style hotel stay, a ryokan, or Japanese inn, is the ticket. Originating from the Edo period (1863 to 1867), ryokans usually feature rooms with tatami (futon) bedding arrangements, a low table designed for sitting on the floor, and onsens (communal hot spring baths). Starting at 8,640 yen per person, a traditional Japanese seafood dinner and breakfast is served, and guests have access to two onsens, one of which resides on a partially open roof. Directly outside the hotel is Nishiura Beach, covered in gold sand and temperate ocean water in the summer months, perfect for a swim or taking in the scenery.

If four-star accommodations in a well-appointed establishment are more to your liking, then look no further than the Nagoya Tokyu Hotel. Situated right in the core, there are 564 rooms with Wi-Fi, a fitness centre and pool (approximately 3,000 yen/visit), two bars and four restaurants, and parking (1,200 yen/day). Searching for a place to unwind after a long day of sightseeing? Find your way to the Grindelwald lounge in the atrium offering a classy environment to have a cocktail or dessert while admiring the interior architecture.

Bellingham: More Than Just A Mall

Only an hour’s drive from Metro Vancouver, Fairhaven and downtown Bellingham in Washington State’s Whatcom County might be the Pacific Northwest’s best kept secret.

LEAVING ON A JET PLANE

Santa Monica: Where the city meets the sea

Santa Monica is a town for walking. Santa Monica Place, Montana Avenue and Main Street are home to many upscale boutiques if shopping is your thing. Third Street Promenade is like an “outdoor living room”, with all forms of entertainment – street performers, movie theaters, restaurants, bars, art galleries, and shopping.

Up until my most recent visit, my knowledge of Portland came primarily from friends telling me about their tax-free shopping excursions, and watching the IFC sketch comedy series Portlandia.

Part of travelling is always the journey and the one to Salt Spring Island is a particularly gorgeous trek across the sea, whether you come efficiently by float plane from Vancouver or take your time walking or driving aboard the BC Ferries.