Taking to the Polls

Policies, promises and potential change in the lead up to the 2017 provincial election

It’s time for British Columbians to have their voices heard as they prepare to take to the polls this spring. Tentatively scheduled for May 9, 2017, the 41st British Columbia general election will give BC residents the chance to elect members of the Legislative Assembly from districts all across the province.

It’s time for British Columbians to have their voices heard as they prepare to take to the polls this spring. Tentatively scheduled for May 9, 2017, the 41st British Columbia general election will give BC residents the chance to elect members of the Legislative Assembly from districts all across the province. If recent events in the US have taught us anything, exercising your right to vote may simply be what brings about change closer to home.
2013 saw the re-election of a majority Liberal government with Christy Clark taking on the head leadership role for her party and the Province of BC. Christy Clark looks to extend the 16 year run her government has seen in the province with a win over John Horgan and the BC NDP, and Andrew Weaver and the BC Green Party.

While not all platforms or policy information has been released, the race began long ago with candidates speaking out and standing strong for the issues they believe to be most important to their communities and the province.

“I believe that whether you're in Surrey or anywhere across British Columbia, people want a government that's going to put their interests ahead of politics,” says Puneet Sandhar, BC Liberal candidate for Surrey-Panorama. “They want a government that understands the importance of creating jobs, growing the economy, and balancing the budget. A healthy economic climate is how we can continue making record investments in education, healthcare, public safety, and infrastructure.”
Many issues will make their way to the forefront as the election looms closer but one currently dominating discussion is the expansion of Kinder Morgan’s Trans Mountain oil pipeline.

“I think it’s a potential problem for both parties,” says Richard Johnston, Canada Research Chair in Public Opinion, Elections, and Representation, Department of Political Science at the University of British Columbia. “The Greens see this as an issue on which they can maybe leverage a stronger presence in the House than they have now but, for the most part, that risk is coming at the expense of the NDP. Both parties need to step lightly and it may turn out that neither will really want to emphasize it but I don’t think they can avoid it.”
And avoid it they have not been able to do as of late as all parties have found themselves speaking out about the pipeline.

Clark has expressed her conditional approval, stating that significant progress has been made to meet her five conditions that would green light her support of the project. Horgan has said that he believes he stands with the majority of British Columbians when he says he doesn’t want to see Vancouver become an export port for Alberta oil. Weaver has been outspoken when it comes to his opposition to the pipeline and liquefied natural gas projects, attacking both his opponents for failing to stand up for climate.
Not surprisingly, considering the hot housing market this past year, affordability will be a key issue for voters this spring. 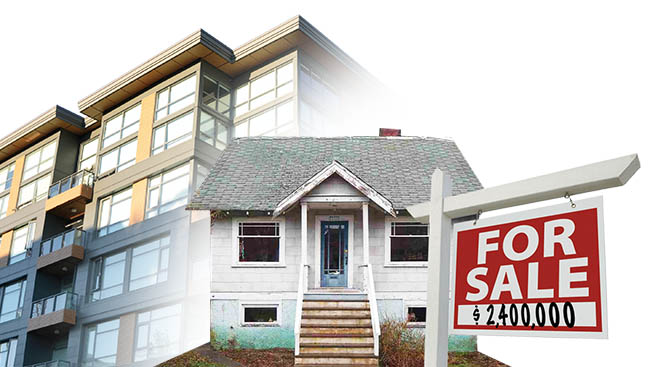 “I do have a sense that the speed at which the government ultimately did react last spring suggested that they are worried about it, they saw that this was something the NDP might be able to exploit,” says Johnston, speaking of the 15-per-cent tax on foreign home buyers. “That also cuts both ways for both parties. You don’t want to deprive property holders of the capital gain but also, there’s a racial subtext to it…neither party wants to let themselves get caught given the way BC is.”
The Liberals recently unveiled a $700 million plan to assist first-time homebuyers afford down payments on their home with interest-free loans.
“I encourage Surrey residents to pay close attention to the government’s budget in February, followed by the BC Liberal election platform, where we’ll lay out some exciting, specific plans to make Surrey and BC even better places to live and work and raise a family,” says Amrik Virk, BC Liberal candidate for Surrey-Guildford.

When it comes to budgets and spending money, the NDP have made promises of their own, all seemingly related to relieving residents of the high cost of living in the province. They’ve announced their plan to offer a $10/day universal child care program that may cost tax payers upwards of $1.5 billion a year, but it’s part of Horgan’s plan to use bold solutions to fix big problems while bringing money back into the economy in a different way.
Promises have also been made to raise the minimum wage to $15 an hour, eliminate Medical Services Plan premiums and restore class size and composition to what they were in 2002. More information on how these programs will come to fruition is due to be announced after February’s provincial budget is released.

Weaver believes one of the most pressing concerns of the people of the province is income stability. “People sometimes say jobs and economy but I would say that people want to know that they have secure access to income,” he says.
The Green Party has yet to release their plans for the province but is enthusiastic about what their Party has to offer. “We will outline our vision for a 21st century economy in British Columbia, one that’s grounded in our strengths, one that’s hopeful, one that’s got a vision that will lead us and lead North America into the 21st century and it will be exciting,” says Weaver.
“It will be exciting because it will provide jobs for the youth of today, it will recognize our existing strengths, it will recognize that jobs that are just boom and bust are not actually good for society, what we need are stable, diversified, long term jobs all around the province and we have a plan for that.”

So is change in the cards this time around? It’s a close call, according to polls. The gap between the two leading parties is small and Johnston believes it could go either way as this election lacks the controversy and discontent of years past.
“On cultural politics,” he says, “Christy Clark and her government, the core of that party, is a pretty faithful reflection of the cultural diversity of the province. They’re not out of sync that way; they’ve just been around too long. And so is that enough?”
Clark’s approval rating has improved and she seems to have the economy on her side but if the people of the province don’t feel like they’ve been able to get ahead all these years under a Liberal government, a change could be coming despite the thin veil of success and a lack of uproar.

“[Horgan] has to figure out how to underscore the cumulative discontent there is without signaling too clearly that people will have to pay more money to deal with it,” says Johnston – a seemingly difficult task when his party’s supporters are often split on many of the major industrial issues that the Liberals enthusiastically support.
While the BC Green Party hold only one seat in the legislature, their impact cannot be discounted this go around. They continue to see growth in support and may deny both the Liberals and NDP seats they may have considered to be safe.

TOP REASONS TO VOTE FOR…

…BC GREEN PARTY
According to Andrew Weaver, BC Green Party leader:

“We will have quality candidates who have demonstrated expertise in their fields who will be able to bring a wealth of ideas to develop and build on a 21st century economy.
We’ve got leading tech people who will be running on our team - that’s the future. We’ve got forestry people – bring tech together with forestry and that’s where you get innovation. Our team is made up of innovators, people who are creative and that’s what we need to move forward as a society.”

…BC LIBERALS
According to Minister Peter Fassbender, BC Liberal candidate for Surrey-Fleetwood:

“We have a clear vision for the province for the future. We have a plan to achieve that vision.
We clearly want to make sure we keep the economy strong so that people can have jobs and live fulfilled lives.
We are going to deal with housing issues. We have already announced close to a billion dollars of investment to build more affordable and access to housing to people who are challenged. We have already started that process.
We are going to continue to ensure that we keep our eye on what we need to do when it comes to social services, so that we invest in healthcare, education, social services.”

…BC NDP
According to Jagrup Brar, BC NDP candidate for Surrey-Fleetwood:

“John Horgan has made it very clear that he is in your corner.
That’s why he has committed to replacing portables in Surrey with real classrooms, increasing the provincial government share of funding for transit infrastructure to 40 per cent, and tackling gang violence with more police on the streets. He will build more affordable rental housing, address the high cost of MSP, hydro and ICBC rates, raise the minimum wage and provide $10/day childcare.”
Prev Next

Harper will address the Ahmadiyya Muslim Jama'at, Canada's largest national Islamic convention, which kicks off a three-day conference in Mississauga.