The COVID19 crisis in India has only worsened with daily infections rising in the 300,000 mark for 2 weeks in a row.

According to the World Health Organization, India accounted for nearly half the coronavirus cases reported around the world.

There is desparate struggle for oxygen and there is a major shortage of hospital beds. Crematoriums and morgues are packed and can't keep up with the constant flow of corpses coming in. 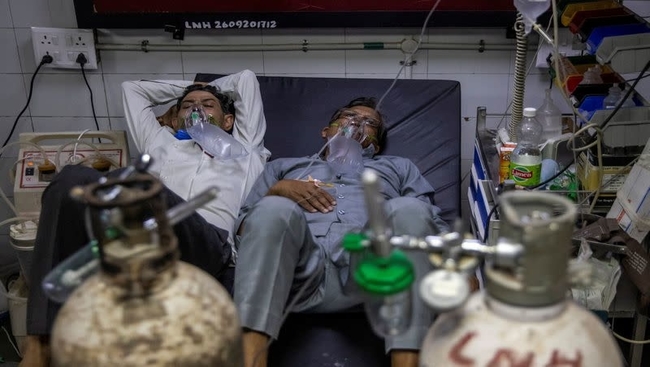 India’s government says there are enough oxygen supplies but distribution has been a challenge due to transport problems. 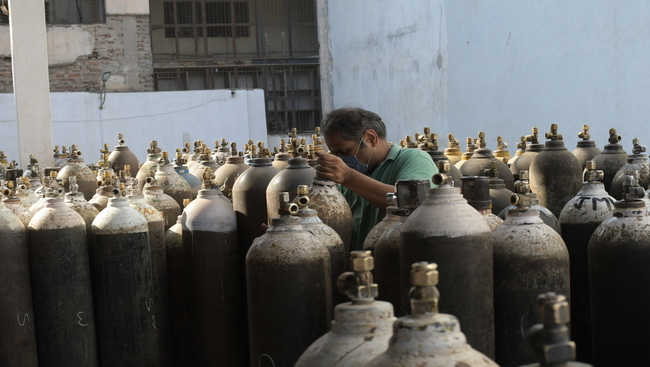 A two-judge bench of the Delhi High Court has been holding almost daily video conferences to hear petitions from hospitals invoking India's constitutional right to protection of life.

Minister of Railways Piyush Goyal took via a Twitter post spoke to the oxygen distribution in the capital Delhi as well as arrangement regarding hospital beds.

Another #OxygenExpress has departed from Durgapur for Delhi & will deliver medical Oxygen for COVID-19 patients. pic.twitter.com/us1XgpaGxg

In our relentless fight against COVID-19, Railways is taking rapid action to move Isolation Coaches as per States’ demand.

70,000 Isolation beds have been made available in more than 4,400 COVID Care Coaches in 🇮🇳

The current Modi government has faced a serious backlash for not doing more to curb the transmission of the virus and continue religious festivals and political rallies where thousands descended.

India's surge in cases has resulted in a serious drop in vaccinations because of supply and delivery problems.

A least 3 states, including Maharashtra, have reported a shortage of vaccines and ending up shuttering vaccination clinics.

India’s government is facing growing pressure to impose a nationwide lockdown in order to tackle the COVID19 pandemic that has run rampant.

According to health experts, hospitalizations and deaths will decline within a 6-9 month period.

Social media is flooded with desparate pleas from people for oxygen for their loved ones while others have no option but to circle hospitals in the capital Delhi while begging for a bed.

Manjinder Singh Sirsa, President of the Delhi Sikh Gurdwara Management committee & National Spokesman of the Akali Dal shared a celebratory tweet on Sidhu's release along with pictures and video on Instagram.

The situation has gotten so dire that not only are Indian doctors begging for oxygen but the hospitals are filling up with COVID19 positive patients so fast that people have been dying on the pavement outside a well known hospital in the capital Delhi.

The SKM has also alleged that the government instead of strengthening the farm sector is creating cheap labour in metropolitan areas through an agricultural crisis.

The students didn't appreciate the annoucement as it would mean additional expenses and adhering to COVID19 protocol during their stay in Dubai.

Farmers union president Ugrahan made the bold announcement that on April 21 thousands of farmers including youth, and women from Punjab would once again march towards Delhi.