SGPC Demands Return Of Artefacts 'Taken Away' During Op Bluestar

The Shiromani Gurdwara Parbandhak Committee (SGPC) on Thursday ordered a probe into the whereabouts of artefacts relating to the Sikh religion and history after they were allegedly taken over by the Indian Army during Operation Bluestar to flush out militants from the Golden Temple complex 35 years ago.

The SGPC, considered a mini-Parliament of Sikh religious affairs, called a special meeting almost a week after Akali Dal chief Sukhbir Singh Badal met Union Home Minister Amit Shah and sought his intervention so that the missing artefacts are located and returned to the community.

After the meeting, SGPC Chief Secretary Roop Singh told reporters that 560 rare manuscripts are part of the artefacts.

He said the Ministry of Home Affairs sometime back in a reply to the SGPC said it had handed over all the manuscripts and documents taken by the Army to the state police and the SGPC.

"We do not know how many items at present are in the possession of the police. A high-powered committee will be formed shortly which will do a detailed inquiry about how many were taken and returned. Whosoever is found guilty will not be spared," he told reporters.

"Many of the items have not been returned back to us," he added.

"Then Jathedrar Joginder Singh Vedanti and Secretary Kulwant Singh were also called and this issue was discussed with them. Also the issue of selling of a rare Guru Granth Sahib for 4,000 pounds was discussed," Singh added.

The SGPC, the apex religious body of the Sikhs, manages gurdwaras (Sikh temples) in Punjab, Haryana and Himachal Pradesh, including the holiest of Sikh shrines - the Harmandir Sahib, popularly known as the Golden Temple, in Amritsar.

More than 4,000 documents and several books besides gold and silver ornaments, precious stones, currency and coins were recovered by the security agencies during Operation Bluestar, a reply to a Right to Information (RTI) application by Gurvinder Singh Chadha said last year. 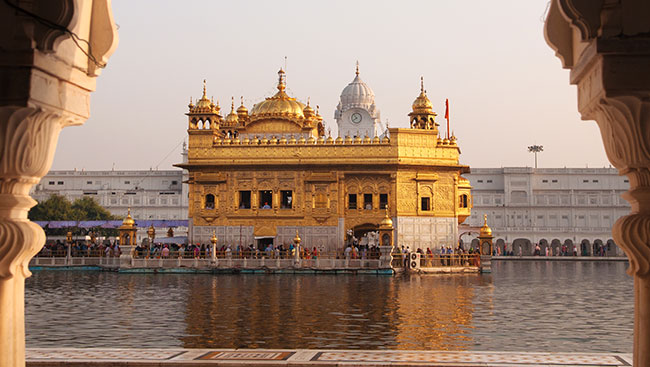 In the reply, the Ministry of Home Affairs said the articles and documents recovered were handed over either to the SGPC or the Punjab government. But there were no details about the items returned and to who they were handed over.

The police in its reply said when Operation Bluestar was carried out at that point in time the state was under "military rule".

Operation Bluestar was a military action ordered by then Prime Minister Indira Gandhi to flush out militants led by Jarnail Singh Bhindranwale holed up in the Golden Temple complex.

The operation was carried out between June 1 and 8, 1984, and claimed hundreds of lives and left the shrine and complex damaged.

India's decision to build its own space station is the next logical step after its human space mission Gaganyaan, former chiefs of Indian space agency said on Thursday.

Strength In Numbers: Alberta Town Wants All Smokers To Butt Out For One Day

There'll be no need for ashtrays in one Alberta town on the weekend if residents take up a retiring pharmacist's call for all smokers to butt out for 24 hours.

Strength In Numbers: Alberta Town Wants All Smokers To Butt Out For One Day

The Chief Minister was reacting to legislator Sukhpal Singh Khaira's allegations that canals in the state would go dry as the Punjab government was releasing water to Pakistan.

Carbine-wielding CRPF personnel guard the entry and exit points of Shillong’s Punjabi Lane from the Police Bazaar side.

Indian Army rescued some 81 tourists who were stranded near Siachen’s Shyok after landslides blocked the road between Pratap Pur and Turtuk villages, a press statement said on Thursday.