Darpan News Desk IANS, 08 Jun, 2018 01:30 PM
Former Pakistan captain Wasim Akram has sent a legal notice to cricketer-turned-politician Imran Khan's ex-wife Reham Khan for making a highly sensational claim about his sex life in her upcoming book.
The manuscript of the book titled 'Reham Khan' was leaked online of late. Reham's claims have also sent ripples through Pakistan's political circles.
As per The Times of India, Reham has alleged that Akram used his late wife to fulfil his sexual fantasies. The former wife of Imran Khan added that Akram arranged a black man who had sex with his late wife in front of his eyes. As per the leaked book, this explosive content was at pages 402 and 572. 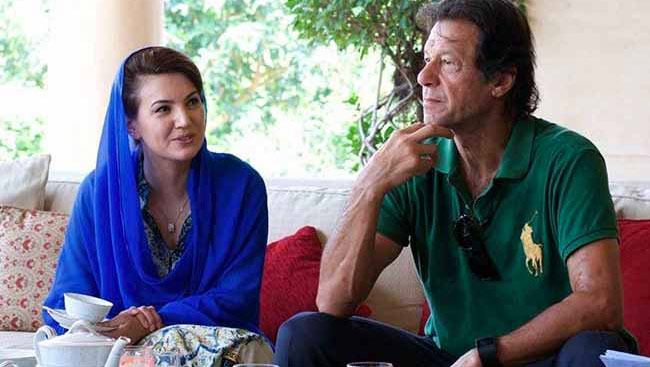 "This is grossly defamatory, indecent and disrespectful to our client's late wife. Wasim Akram is an internationally well-known former Pakistani cricketer and media personality who is being acknowledged by cricket experts and fans as being one of the best test fast bowlers in the history of first-class cricket," the notice, issued by a West London law firm to Reham Khan on May 30, said.
Besides Akram, other people who have sent her "pre-action defamation protocol" letter are British businessman, Syed Zulfiqar Bukhari, her first husband Dr Ijaz Rehman, and PTI media coordinator Anila Khawaja.
Reham has alleged in her autobiography that Bukhari does 'dirty work' for Imran Khan. On Page No 464 of the book, she has claimed that Imran Khan had impregnated a woman and the British businessman made all the arrangements for carrying out an abortion for the lady.
The former wife of Imran Khan further accused the former cricketer of having an illicit affair with PTI media coordinator Anila Khawaja. "Reham called her 'chief of the harem' in the manuscript," read the notice.
Reham Khan and Imran Khan got married in January 2015 and divorced in October 2015. It was Imran Khan's second marriage.
The Pakistan Tehreek-e-Insaf (PTI) chief later married to Bushra Maneka. His first marriage to British heiress Jemima Goldsmith in 1995 lasted nine years.
Prev Next

According to Shanghaiist, the 50-year-old man was suffering not only from constipation but also had abdominal pain. To relieve his suffering of two days, the man decided to try the rather weird "remedy".

Penka the cow sealed her fate last month, when she broke away from her herd near the Bulgarian village of Kopilovtsi and crossed the border into Serbia, a non-EU country.

Kanpur Man Helps Wife Get Married To Lover, Just 3 Months After His Wedding With Her

In a script taken straight away from Bollywood block-buster 'Hum Dil De Chuke Sanam' wherein a man helped solemnise his wife's marriage with her lover, barely three months after his wedding with her.

Kanpur Man Helps Wife Get Married To Lover, Just 3 Months After His Wedding With Her

Amish Tripathi's Book On Raja Suheldev To Release On July 16

Author Amish Tripathi has penned a book on Raja Suheldev, a semi-legendary Indian king from Shravasti in Uttar Pradesh. It will release on July 16.

Amish Tripathi's Book On Raja Suheldev To Release On July 16

Mahawar’s 15-second-video of politely urging the people of India to drink chai has clocked thousands of views on social media platforms. Not only chai, she even offers watermelons, mangoes to eat.

No More Swimsuit Round In Miss America Contest, Contestants Not To Be Judged On

In a bid to end sexism, the Miss America beauty pageant's organizers on Tuesday announced they will scrap the bikini segment from this year's edition, a media report said.

No More Swimsuit Round In Miss America Contest, Contestants Not To Be Judged On