IANS, 22 Aug, 2018 11:31 AM
Authorities have arrested a man who had worked at a store in the city's suburb of East Orange and charged him with the murder of Tarlok Singh, the Sikh who owned the shop, according to the local prosecutor's office.
The Essex County prosecutor's office announced the arrest of Roberto Ubiera, 55, on Tuesday.
Singh, 55, was found dead with stab wounds on Friday morning inside his store, Park Deli and Grocery, in the New Jersey town.
NJ Advance Media quoted officials as saying that Ubeiro had done odd jobs at the store.
Ubiera is in custody and is to be produced in court on Thursday.
The killing of Singh was the third attack on Sikhs in three weeks in the US that sent shockwaves through the community.
Only two them have been solved so far. 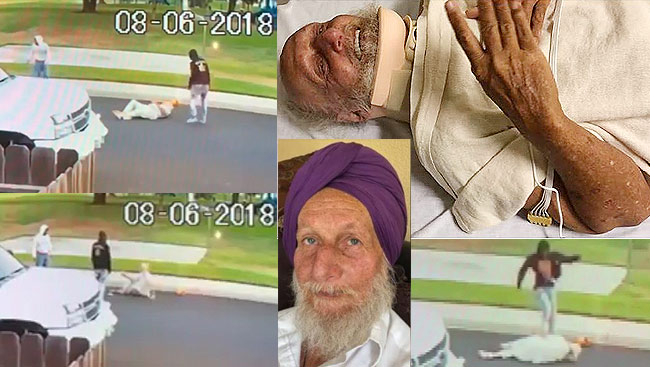 Ubeiro is a Latino. A teen arrested in the August 6 attack on Sahib Singh Natt in Manteca, California, is Tyrone McAllister, 18, the African American son of a police chief, Darryl McAllister of Union City.
In both cases they have not been charged with hate crime.
In the third incident, Surjit Singh Malhi, 50, was attacked by two unidentified men when he was putting up a campaign sign on his pickup truck for Republican Congressman Jeff Denham in Keyes, about 50 km from Manteca, media reports said.
Malhi said they shouted, "Go back to your country," beat him and spray-painted his truck with a white nationalist symbol and wrote "go back to ur country" on it, according to KCRA TV.

Officials are investigating this incident as a hate crime.
Customers who spoke to the WABC TV soon after the killing of Tarlok Singh, whose first name was initially spelled as "Terloka", described him as "extremely generous".
One of them, Anthony Pointdexter, said he was a "great guy, never bother nobody". He added: "He works 7 to 7 every day. One of the hardest (working) people I've ever met."
The TV said that Singh's wife and children live in India.
Prev Next

Indians in China, Australia, Singapore and many other countries marked the day with hoisting of the national flag and singing of patriotic songs.

Increase In Indian Asylum Seekers Crossing Into US From Mexico: Report

Indian citizens are among thousands of migrants from Haiti, Africa and Asia who are trekking across Latin America through travel routes forged by Latino immigrants, The Los Angeles Times reported.

Increase In Indian Asylum Seekers Crossing Into US From Mexico: Report

Taj Sardar, the owner of 'The Kings Diner' in Ashland, Kentucky, was targeted by racial posts by the man after eating at his restaurant, WSAZ-TV reported.

Pakistan International Airlines (PIA) has come under fire over a promotional video made by the national flag carrier in collaboration with a Polish tourist who is seen doing the ''Kiki challenge'' inside an empty aircraft.

After 8 Years, Australia Set To Resume Adoption From India

The Australian government has decided to recommence the Adoption Programme with India, as per the Hague Convention on Inter-Country Adoption, said the Women and Child Development (WCD) Ministry on Tuesday.

After 8 Years, Australia Set To Resume Adoption From India