The official children's book launch of Twin Adventures was a massive success with an excellent turnout at Surrey City Hall on Sunday, August 7, 2022. 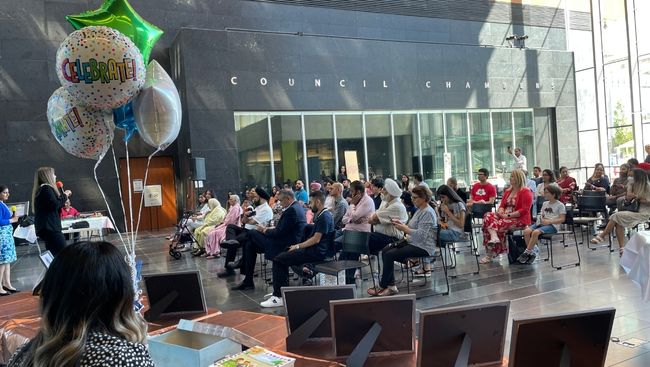 Twin Adventures is about a set of Canadian-born South Asian twins who are in for a surprise when a new set of twins immigrate from India. The twins discover things about themselves unexpectedly, especially that kindness, understanding, and collaboration can go a long way. The book is authored by T.K.Sohal and Ms.Raman Kaur. 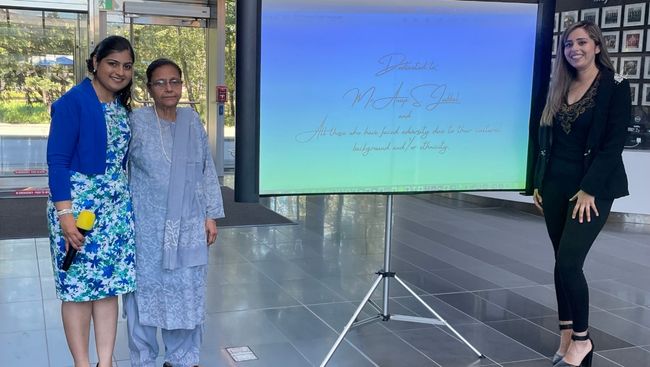 T.K. Sohal completed her Bachelor of Arts in Health Sciences from Simon Fraser University, Master of Public Health (MPH) from the University of Sydney, Australia, and Juris Doctor (JD) from Bond University in Australia. T.K. Sohal is a lawyer with a background in public health. T.K. Sohal has attended several writing programs, including Simon Fraser University’s Writer’s Studio and the Southbank Writer’s Program. T.K. Sohal also completed a Writer in Residency in Varuna: The Writer’s House in New South Wales, Australia, and a Writing for Animation program at the Vancouver Animation School. T.K. Sohal attended several writing conferences in Canada and Australia. T.K. Sohal contributed a short story called “A Memorable Birthday” in Emerge 15, which the Writer’s Studio Anthology published.

The inspiration behind this book Sohal says is creating awareness regarding representation, "Often you see a lot of stories that are mostly either fully about immigrant children or fully about non-South Asian children. So this was one of the stories that is about Indo-Canadian children, South Asians who grew up like us and they could actually relate to us". 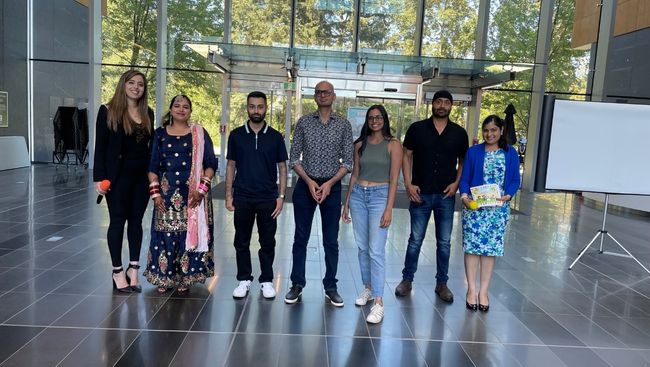 Ms. Raman Kaur completed her teaching degree in 2015 at Simon Fraser University in British Columbia, Canada. She has since upgraded and received her Graduate Diploma at the same university. Since she was 7 years old, she had dreams of becoming a teacher. While growing up, her grade 3 teacher is the one who truly inspired Ms. Raman Kaur to become a teacher. They played a significant role in her life, which is why she strongly values teaching and wakes up every morning with joy because she likes to inspire young eager minds.

Kaur says the main message is about inclusivity and valuing every child's potential "Everyone has something to offer, there is no reason to be jumping to conclusions. We also talk about a culture of food in the book and being able to accept that".

The supporters of the book launch included Verka Foods who provided gifts to all attendees, Rotary Club of Surrey (Lal Baniya (President) and Dave Hayer), Surrey Public Libraries (Twin Adventures is available in the catalog), Aziz Ladha for the DJ services. 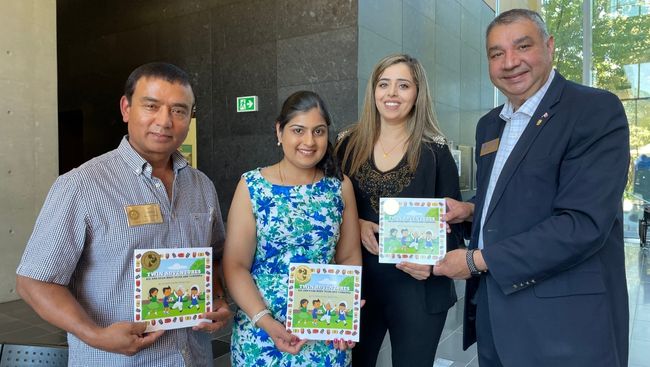 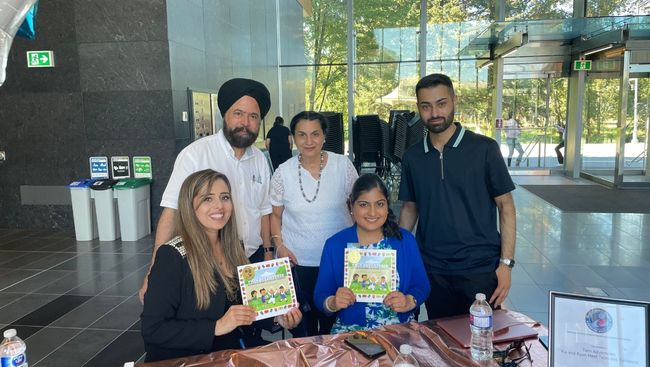 The book is available online at Amazon.ca, Amazon.com, Amazon.com.au, Amazon.co.uk, or Amazon.in.

WATCH: Darpan Cruiser was around town to bring you the most spectacular events over the long weekend

Darpan Your City brings you spectacular events from around town showcasing the best in arts, culture, and entertainment. If you missed out on them we have you covered.

WATCH: Darpan Cruiser was around town to bring you the most spectacular events over the long weekend

When we landed in Canada, we were welcomed by our friends, and we stayed with them until we found a place. They made our stay comfortable and the transition process more manageable.

In terms of what the future holds, she is excited to be representing Canada at the  Miss Teen International pageant in Ecuador. She hopes to make her mark in Hollywood as well as Bollywood and continue to pave the way for other young girls to give wings to their dreams while spreading love and positivity.

WATCH: Darpan Your City presents exclusive behind the scenes sneak peek of the production & execution of Honda Celebration of Light

Darpan Your City shares the exclusive story behind the Honda Celebration of Light Fireworks. The Honda Barge Tour given by Kelly Guille, President, Archangel Fireworks Inc. provided media an exclusive sneak peek into how the fireworks presentation is developed and produced.

WATCH: Darpan Your City presents exclusive behind the scenes sneak peek of the production & execution of Honda Celebration of Light

White lies might not be as harmless as you think!

59 percent of people admitted to having said some harmless lie to their partner because they felt it helped keep the peace in the relationship.. Relationships are built on trust. Every lie, whether white or not, comes with a consequence.

White lies might not be as harmless as you think!

Recovering from the grueling hours of birth, adapting to the round-the-clock demands of breastfeeding while striving for a minimalistic sleep, a family with a newborn may have their own ground rules set for friends and family visiting them.