SAMMAAN: PROVIDING RESPECT AND BASIC RIGHT TO THE INDIAN COMMUNITY

Sammaan in English means respect. It is a virtue that every human being deserves to live in this world. This non for profit organization was first established in 2007. The primary objective of the organization was to alleviate the life of rickshaw pullers and road vendors. The initiative started by providing value-added services such as water, new paper, etc on the rickshaws. Advertising was placed on rickshaws for additional income for the rickshaw-pullers. This scheme was an overwhelming success and was soon adopted by other states in the country.

The NGO's socio-economic empowerment plan exclusively for rickshaw pullers was executed through a number of initiatives ranging from financial inclusion to health services. The NGO states that the initiative was to systematize the working of rickshaw and cart pullers by bringing them under one roof and modernize the sector with small, innovative, and meaningful changes helping the rickshaw and cart pullers to increase their earnings. 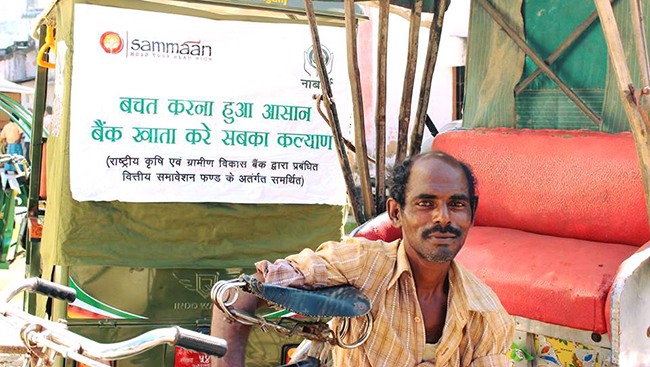 Sammaan is registered under section 25 of the Indian Company’s Act 1956. The NGO has a long history of working in financial inclusion, livelihood, micro-entrepreneurship, health, and agriculture.

According to its website, the organization has been actively engaged in community service through many grassroots initiatives including extensive work with rickshaw pullers and street vendors. As the organization grew, it later ventured into health services by launching mobile medical units, medical ambulances, and mortuary vans with the support of the State Health Society, Govt. of Bihar under National Health Mission, Government of India.

The Mani Man behind the NGO

Internationally acclaimed entrepreneur Irfan Alam is the man of the hour at Sammaan. He is a Fulbright, Ford, and TED Fellow, and is also the winner of the CNBC Young Turk and CNN Young Indian Leader awards. He has been widely covered by The Economist, Fortune, etc. for entrepreneurship and social innovation at the BoP. Currently, Irfan serves as the founder and chairman of the Sammaan Foundation.

Besides the rickshaw/cart cooperative model, Irfan also helped Sammaan become one of the leading and most economical emergency ambulance service providers in the country. Another idea coming from him is the first of its kind mortuary van service in partnership with the Government of Bihar, which runs across the Bihar state through a 24 X 7 call center to carry dead bodies.

The organization and Irfan's primary vision is to generate a meaningful understanding of the community, inspire their social inclusion, bring better services to the lives of people, and finally, create income opportunities for the unskilled.

Sammaan Foundation has been working with the State Government of Bihar to improve emergency healthcare services in the state. The NGO caters to all thirty-eight districts and six medical colleges as part of their advanced life support ambulances. All of the ambulances are equipped with over 40 advanced life-saving equipment such as oxygen, ventilator, cardiac monitor, defibrillator, etc.

On the other hand, the NGO also believes in providing dignity for all, including those who are dead. Sammaan Foundation has been operating mortuary van service in an institutionalized manner since 2013. Sammaan Foundation, in collaboration with the State Health Society, the Government of Bihar is carrying operating 50 mortuary vans that are deployed in all districts of Bihar. The service is provided free of cost for people living below the poverty line.

One of the other initiatives for the NGO is to focus on financial inclusion. The organization partners with NABARD to carry out innovative campaigns in the Kishanganj and Araria districts of Bihar. As part of this scheme, rickshaw pullers were trained to become the society champions of FI and educate their clients about financial schemes.

The next focus point for the NGO is agriculture. Along with NABARD for WADI Program under Tribal Development Fund (TDF), this part of this plan aims to provide sustainable returns, an uncontaminated atmosphere, and improved quality of life for the tribal community. According to their website, the WADI, a ‘small Orchard,’ developed for the improvement of long-term family income is particularly designed for one acre per family with inter-cropping management.

A plan started by the NGO is ARISE aka Agriculture and Rural Innovation Startup Empowerment Centre which is a social innovation incubator. What does that mean? Start-Up India is a revolutionary scheme that has been started to help the people who wish to start their own businesses. This initiative makes sure that providing entrepreneurship support is not just limited to urban or technology ventures. ARISE is an initiative to take this entrepreneurial spirit to the rural market and help job seekers become job creators. The NGO images a day when small-scale business owners are agents of change, are connected, empowered, feel confident, and most importantly feel a sense of respect from the society. 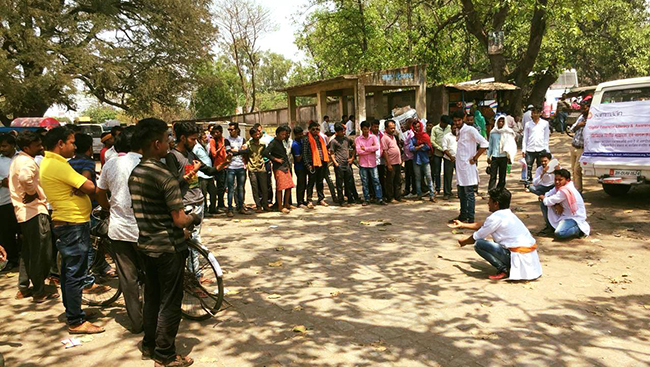 Connect with the NGO

WATCH: Honda Celebration of Light is back after 2 years!!

Thousands of people descend upon English Bay and the 30th anniversary of the event is also being celebrated even though it was supposed to be celebrated in 2020. Don't miss out on the Honda Celebration of Light.

WATCH: Honda Celebration of Light is back after 2 years!!

Mother's Day is around the corner, it's a special day, but so are all of the others. However, if you are unsure about doing something special for your mother on Mother's Day, do something fun with her instead. Take your mother out on a date and spend the day doing fun things together.

Tim Hortons' inner-city coffee shops, often located near office towers and in food courts, were hit hardest by the work-from-home trend. Restaurant Brands CEO José Cil called the turnaround at these locations a "testament to the improvement in mobility."

Jarnail popped into a gas station on his way home from work to check the ticket that he and his wife Manjinder Khatra purchased together, and couldn’t believe what his eyes were seeing.

A Symbol of Selfless Service: The Tradition of Langar

Langar depicts a message of equality and oneness, breaking the shackles of color, caste, community, gender or status. There is no special treatment and nothing is hidden from the public, instilling values of humble acceptance and gratitude.

A Symbol of Selfless Service: The Tradition of Langar