Darpan News Desk IANS, 23 Nov, 2016 11:24 AM
VANCOUVER — Author Steven Galloway has issued his first statement since he was fired in June under a veil of secrecy from the University of British Columbia.
Galloway confirms in the statement issued today by his lawyer that he was accused of sexual assault but says the only complaint substantiated by a former judge's investigation was that he had an affair with a student.
He expresses profound regret for his conduct and apologizes for the harm it has caused.
A TIMELINE OF EVENTS IN THE CASE OF AUTHOR STEVEN GALLOWAY
Nov. 18, 2015: The university issues a statement announcing Galloway's temporary suspension with pay after "serious allegations" were made against him. It does not offer any details on the allegations that have been made.
Nov. 19: Penguin Random House Canada says it's proud to publish Galloway, the "award-winning, best-selling and acclaimed author" of novels such as "The Cellist of Sarajevo," "The Confabulist" and "Ascension."

Nov. 20: The university faculty association says the school should not have publicly revealed Galloway's suspension, accusing it of releasing confidential information and arguing the author has a legal right to privacy regarding matters pertaining to his employment status.
Dec. 3: The university hires Mary Ellen Boyd, a former B.C. Supreme Court judge, to investigate the allegations. 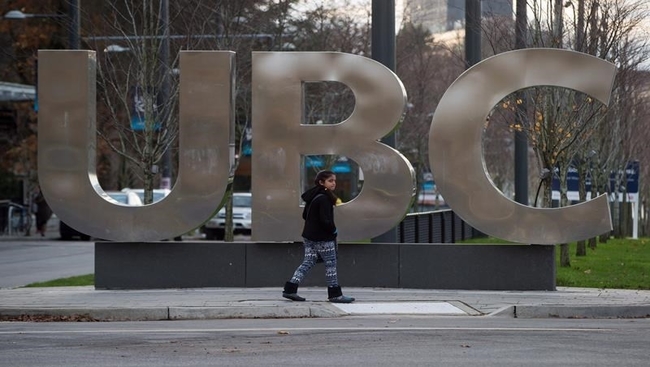 June 22, 2016: The university says Galloway is no longer employed by the school over what it calls an "irreparable breach of trust." It says additional complaints were received by the school after his suspension, but it doesn't release details.
June 25: Former students and faculty speaking on the condition of anonymity tell The Canadian Press the allegations against Galloway included sexual harassment, bullying and threats. Galloway has not responded to multiple emails and phone calls requesting comment since his temporary suspension in November.
Nov. 15: Margaret Atwood is among prominent Canadian authors who signed an open letter demanding an external investigation of the university's handling of Galloway's case.

Nov. 16: The authors' letter sparks an online backlash, with former students who say they witnessed misconduct by Galloway and outside observers expressing concerns it would silence and intimidate complainants.
Nov. 17: Atwood issues a statement saying the school's investigation of Galloway was flawed and failed both sides, comparing it to the Salem witchcraft trials.
Nov. 23: Galloway breaks his silence, issuing a statement saying he was accused of sexual assault but the only complaint substantiated in Boyd's investigation was that he had an affair with a student. He says he seeks fair treatment for all involved to end the "scurrilous assertions and accusations" that have proliferated in a vacuum of information. Atwood issues a brief apology, saying: "We're sorry we hurt any survivor people out there by seeming lacking in empathy for your experiences."
Prev Next

John and Gloria Connelly are also asking the Ontario Superior Court of Justice to declare that police should investigate their son's death as a homicide.

Brent Hawkes' lawyer told his gross indecency trial in Kentville, N.S., Wednesday the evidence against the Toronto pastor is "weird."

Opening statements were slated for Tuesday, but the case was adjourned while lawyers discussed what evidence will be heard in court.

James Munro, the founder of Munro's Books, died at his home in Victoria on Monday.

Living Oceans says just 11.2 tonnes of the 40 tonnes of washed up trash had to be sent to the landfill after being barged to Delta for sorting.