Ottawa Working Behind The Scenes To Get Trans Mountain Pipeline Built: Justin Trudeau

The Canadian Press, 16 May, 2018 11:33 AM
CALGARY — Prime Minister Justin Trudeau says there are some critics who will never be convinced that he's doing enough to ensure the Trans Mountain expansion project goes ahead, but he adds his government is working hard as a deadline imposed by pipeline builder Kinder Morgan fast approaches.
"Let's be honest about these things. I don't think there is anything that I can say that would reassure some of my critics who have such little faith in my government getting anything done for Alberta," Trudeau said in Calgary on Tuesday after he reaffirmed Ottawa's $1.5-billion commitment toward a light-rail transit project in the city.
"I don't think there's any magic phrase I can say that will have critics and skeptics put down their criticism and say, 'You know what? The prime minister reassured me today.'"
As Trudeau spoke, a small group of protesters were heard shouting "Build KM" and "Build that pipe."
The $7.4-billion Trans Mountain project would triple the flow of heavy oil products from Alberta to Burnaby, B.C. Texas-based Kinder Morgan has warned it will pull the plug by month's end if hurdles to expanding the pipeline through British Columbia remain.

Trudeau would not say whether he had meetings planned with any Kinder Morgan executives while he was in town. The company's Canadian division was to hold its annual shareholder meeting in Calgary on Wednesday.
"I am very confident that all of our officials and our finance ministers and the folks involved in direct discussions with Kinder Morgan are extremely engaged with all necessary parties," he said.
"As I've said many times, we continue to work very, very hard, both visibly and behind the scenes, and when we have something to announce, you guys will be the first to know."
Trudeau said his government is looking at legislative, legal and financial avenues to get the project moving, but added he won't negotiate in public. 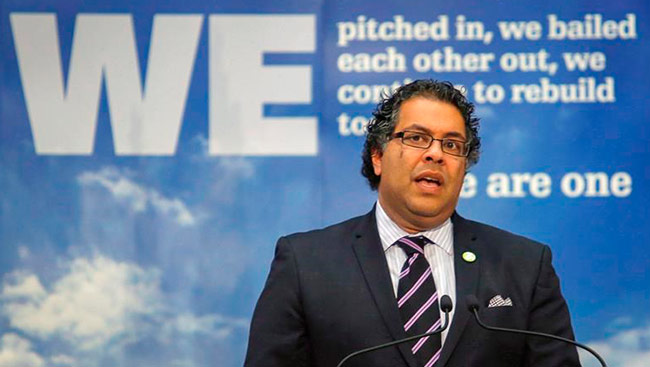 Calgary Mayor Naheed Nenshi said he's spoken with Trudeau and Alberta Premier Rachel Notley several times about the pipeline and believes their support for the project is sincere.
"I'm confident that what you're hearing is actually true, that both the federal and provincial governments are absolutely committed to getting this done and will use every tool in the toolbox they've got to make it happen," he said.
"I'm super impatient, as we all are. I want to see shovels in the ground. But every time someone says to me they need to be doing more, I always say: 'What exactly? What are you looking for? Is throwing Elizabeth May in jail enough for you?'"
May, the federal Green party leader, was arrested in Burnaby earlier this year while protesting the project, along with Kennedy Stewart, the NDP MP who is stepping down to run for Vancouver mayor. 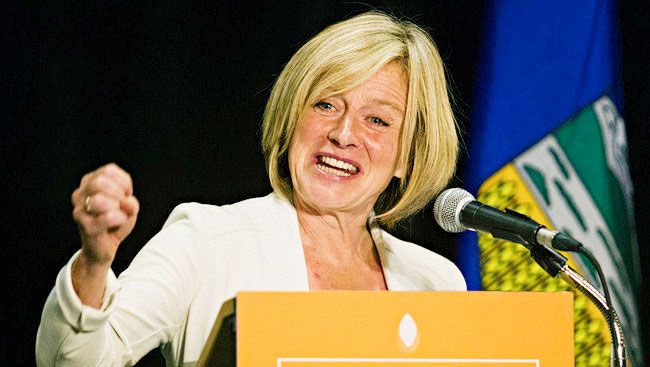 Trudeau's government approved expansion of the Trans Mountain line in 2016, but the B.C. government has been fighting it. Last month, Kinder Morgan stopped all non-essential spending on the project and said it wants assurances by the end of this month that the expansion will proceed.
Prev Next

VICTORIA — Premier John Horgan told a group of business leaders in Victoria that he can feel their pain, but his government won't back away from ending the medical fees charged to B.C. residents.

SURREY, B.C. — British Columbia's largest health authority has launched an online survey for people who use drugs at home alone in an effort to learn what services are needed by those who could overdose.

Man Dead After Shooting At A Langley, B.C. Gas Station

Gunfire Rang Out Around 9 P.M. And First Responders Arrived To Find A Black Range Rover Sprayed With Bullets.

Man Dead After Shooting At A Langley, B.C. Gas Station

WATCH: Young B.C. Fan Of Pink Gets Chance To Sing At Her Idol's Vancouver Concert

A 12-year-old girl admits she's still in shock after getting the chance to sing for Pink at the performer's concert Saturday night in Vancouver.

WATCH: Young B.C. Fan Of Pink Gets Chance To Sing At Her Idol's Vancouver Concert

Waters Rising In Flood-Ravaged Southern B.C. As Residents Brace For 'Round Two'

Officials in southern British Columbia say another surge of water is due to reach an already flood-damaged community near Grand Forks as early as Tuesday afternoon.

Waters Rising In Flood-Ravaged Southern B.C. As Residents Brace For 'Round Two'