Darpan News Desk, 28 Oct, 2016 12:46 PM
NEW YORK — You can watch any video for six seconds, played on an infinite loop. The funniest ones only get more ridiculous with repetition.
That was the beauty of Vine, the simple, pioneering mobile video app that Twitter has decided to kill off. Its loyal users are mourning its weirdness, humour and creativity-boosting constraints.
There are alternatives, sure, but nothing as simple as Vine, which did just one thing, and one thing well. Instagram has photos and videos of all sorts. Snapchat keeps expanding features, and it isn't really meant for mindless scrolling of humorous content. Facebook, well, we all know Facebook.
Vine's demise is a story of what happens when a cool, edgy, but money-losing service fails to take off with the masses amid competition from heavyweight rivals. On the other hand, had Vine gained mass popularity, it might have lost its edge, the essence of what made Vine Vine, and instead got gobbled up by big brands and sanitized into the mainstream — a bit like what's happened to Twitter, or Instagram.
"Vine is a very unique app in that it requires the smallest amount of attention. Watching YouTube videos, reading Facebook posts or even looking at tweets takes more concentration than watching a six-second clip," said Carling Crawford, 19.
Crawford, a student at the University of Texas at Austin, fondly recalled classic Vines, such as the one titled "A Potato Flew Around My Room Before You Came ," which, as its name suggests, shows a potato tied to a ceiling fan and flying around a room. In the time you read this sentence, it already played twice. It has been played more than 23 million times and "revined," or shared, nearly 9,000 times. 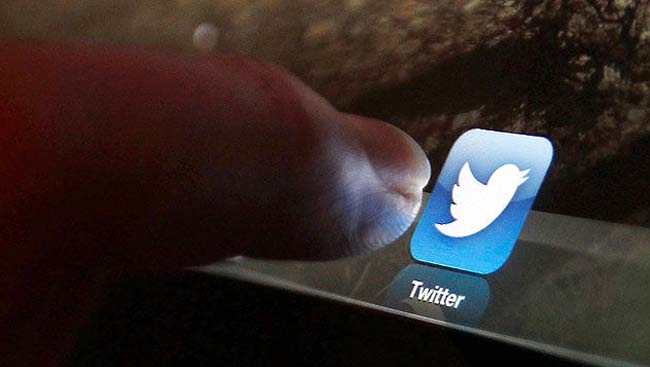 Several college students mentioned looking at Vine at the end of the day, before going to bed, as a way to decompress, especially if the day was tough.
"It was something funny to end my day on, kind of like a detox," said Olivia Burger, a sophomore at Gannon University in Erie, Pennsylvania.
Twitter bought Vine a few months before the service launched in 2013. The service enjoyed a brief surge in popularity before it got overtaken by Snapchat and Instagram, which introduced 15-second videos later that year. Vine stars (yes, that is a thing), moved on.
Jessica Vasquez, a makeup artist and self-described "professional potato" who goes by Jessi Smiles on Vine, hasn't posted to that account since March. On Instagram, though, she was active five days ago and on Twitter, as recently as Thursday, when she lamented the demise of the beloved app.
"What a crazy journey this has been," she wrote on Twitter. "Forever grateful for that silly little app."
Vine also attracted some unlikely fans, such as the Kansas-based Westboro Baptist Church, perhaps best known for protesting the funerals of fallen soldiers with inflammatory anti-gay signs. The organization has some 13,000 followers on Vine, and its six-second posts display hateful messages in often-humorous contexts.
"(With) heavy boots and a sad heart, we do not look forward to the end of Vine. Alas, it was so young with so much promise. We protest Vine's funeral!" the church said in an emailed statement Friday.
More importantly perhaps, Vine was popular with black and Hispanic teens and 20-somethings, often more so than with their white counterparts. According to the Pew Research Center, 31 per cent of black teens used Vine as of 2015, compared with just 22 per cent of white, non-Hispanic teens.
In a 2015 op-ed piece in the Guardian, commentator Hannah Giorgi wrote that "Black users utilize Vine in hilarious, multi-faceted, complex and game-changing ways."

"At a time when barriers to entry in Hollywood and formal creative industries continue to be almost insurmountable for black media-makers, the ability to simply record a video with one's phone and share it widely presents a more widely accessible opportunity for creative ingenuity," she added.
Vine was also used to document protests against police shootings and brutality in Ferguson, Missouri, and elsewhere, though the rising popularity of Facebook Live has started to overshadow this, too.
Tech companies such as Twitter are often criticized for the lack of racial and other diversity among their employees. Now, the loss of a service that's popular with minorities seems an obvious casualty of the lack of diverse voices among a company's decision-makers.
For its part, Twitter did not give a specific reason for shutting down Vine, but it's clear that the app is the casualty of the belt-tightening that also includes the layoffs of 9 per cent of its workforce, or 350 people. Twitter didn't immediately respond to questions on why it shut down Vine.
In a blog post Thursday, Twitter said users will be able to access their Vine as the company leaves the website vine.co operational, but stops allowing posts. Twitter also said people will be able to download their Vines, though there's no easy way to do this currently, without resorting to external apps.
Prev Next

'Passwords Sent Via Human Body Rather Than Air More Safe'

Indian-American engineers has devised a way to send secure passwords through the human body using smartphone fingerprint sensors and laptop touchpads -- rather than over the air where they're vulnerable to hacking.

'Passwords Sent Via Human Body Rather Than Air More Safe'

As we enter a technology era where Next-Gen devices are launched every single day, some are bound to fail as they don't connect with consumers -- while a few will be remembered as being ahead of their time.

The breach disclosed Thursday, the latest setback for the beleaguered internet company, dates back to late 2014.

Based out of Facebook's Silicon Valley headquarters, Chandrasekaran will focus on building strategies and partnerships for Messenger which hit one billion users in July this year.

Review: The iPhone 7 Is Just Fine, Even If It Doesn't Wow

Apple's new iPhone 7 and 7 Plus are clearly improvements on their predecessors — even if the biggest change is actually an omission (of the traditional headphone jack). But are they improved enough to justify an upgrade?

Review: The iPhone 7 Is Just Fine, Even If It Doesn't Wow

The federal government faces "stark" differences of opinion over how best to help Canada's cultural industries adapt to the digital world, says an academic watching the unfolding of public consultations on the future of digital content.