Petrina D'Souza Darpan, 21 Jan, 2016 02:45 PM
Honourable Minister Harjit Singh Sajjan is the current Minister of National Defence and a Member of Parliament representing the riding of Vancouver South. Sajjan was first elected during the 2015 federal election and was sworn into Prime Minister Justin Trudeau’s cabinet as defence minister on November 4, 2015. Before politics, Sajjan was a detective investigating gangs for the Vancouver Police Department and a regimental commander in the Canadian Armed Forces decorated for his service in Afghanistan. Sajjan was also the first Sikh-Canadian to command a Canadian army reserve regiment. 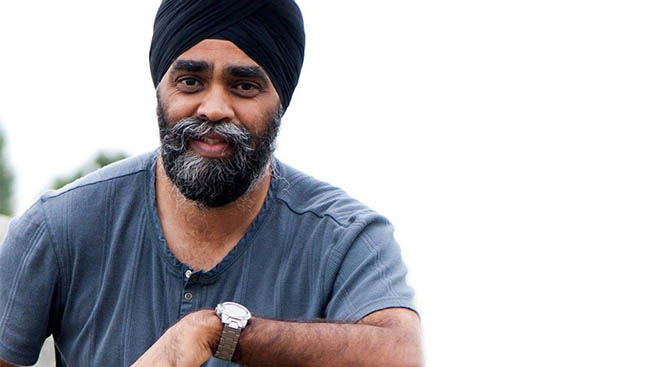