Never mind succeeding at one thing, Roshan Sethi is thriving in two highly competitive fields: medicine and film. Sethi spends a portion of his year as palliative radiation oncologist in Boston, while the rest of the time he’s focused on getting movies and TV shows off the ground.

The physician is the co-creator of the series The Resident (still going strong after five seasons) and served as co-executive producer for part of its run. Now Sethi is giving direction a try. His first feature, 7 Days, premiered in Canada as part of the latest Reel Asian Film Festival.

7 Days takes a comedic and poignant look at arranged marriages by zeroing on two chronically single youths with traditional Indian parents, Ravi (Karan Soni, Deadpool) and Rita (Geraldine Viswanathan, Blockers). What was supposed to be a simple meet-and-greet unravels as the COVID lockdowns take a hold of everyday reality. Forced to spend increasingly more time with each other, Ravi and Rita’s true selves come to light, more complex and perhaps even more appealing than their public face hinted at.

The film was written by Sethi and Soni, loosely based on personal experiences and of those close to them. They shot 7 Days during the pandemic on a shoestring budget and with a skeleton crew of 11: “We had to test very often, even though we were making the movie in a contained setting and in a quarantine bubble”, says Roshan. “It was extraneous and stressful. I was worried that someone would test positive because we didn’t have a contingency plan. All would have been over.”

Shooting the movie took eight days, by any standard, a whirlwind production schedule. The Duplass brothers, known for their low-cost output, financed the movie, produced it and taught the creative team how to make an ultra-low budget movie in the most scrappy way possible. Roshan believes he was prepared for everything, except perhaps how long everything takes on a movie set, particularly lighting: “Coming from medicine where everything moves fast, the amount of time that’s required to set up for a shot was astonishing to me.” 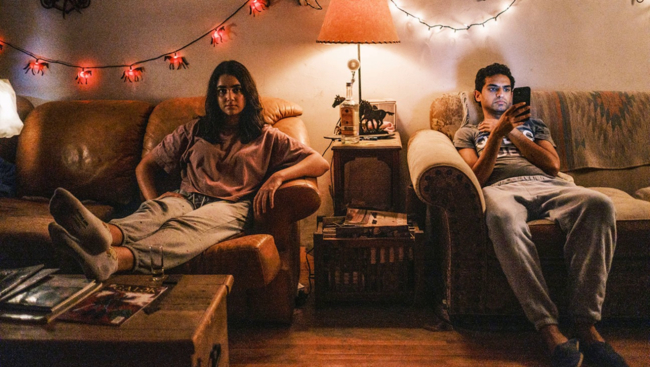 Roshan’s parents had an arranged marriage and moved from London to Calgary, where the physician/filmmaker grew up. Alongside his fraternal twin, he volunteered at a local cancer clinic. Years later, both Sethis graduated from Harvard Medical School, although his brother chose otolaryngology as his specialty.

“Both medicine and writing require empathy for others”

7 Days is your first directorial effort. How did you approach the task at hand?

I had been on sets before as a writer. I had the great advantage of working closely with my partner, Karan Soni, who has much more experience. I think he has 89 credits at this point. It was really a collaborative effort and I learned on the ground.

How do you manage to keep both your careers as a physician and filmmaker going simultaneously?

I’m done my residency and now I’m an attending physician, but I only have the obligation to work for a chunk of the year. If I was full-time, I couldn’t do (film and television). It hasn’t been easy and pursuing both careers has come at great cost to my mental health. It’s starting to balance now. Both medicine and writing require empathy for other people, so I feel they complement each other.

I write very quickly. I would get up very early and write for an hour or two before starting at the hospital when I was overlapping writing and medicine. I don’t do that anymore. One of the advantages of not having enough time to write is that I was less fastidious and anxious about my writing, which in a weird way made it a lot better.

Indians around the world have made significant contributions to the countries that received them. How do you explain this phenomenon?

In general, immigrants tend to be people with a lot of hustle and have something to prove. There’s a selection bias there: A disproportionate number of those who start a new life in a different country are people with extraordinary ambition. Otherwise, they wouldn’t do such a crazy thing like leaving their home.

Sundar began his career as a market analyst in India in 1998 straight from campus and soon moved to the US where he worked in a variety of roles from business intelligence to marketing, in P&G Beauty.

'Self-esteem the reason we can't achieve our fullest potential'

She aims to give her readers a new perspective on this aspect and empower them to turn their dreams into reality and live a life of purpose.

'Self-esteem the reason we can't achieve our fullest potential'

'What are we if not our memories?'

"The Slow Disappearing",  part memoir and three parts fiction that suggests fading relationships as well as a fading memory, the writing of which she describes as a "wonderfully cathartic experience".

'What are we if not our memories?'

Maharastrian filmmaker Chaitanya Tamhane has had a year. His second feature, The Disciple, not only found its way to the Toronto and Venice Film Festivals, it won Best Screenplay at the latter and was acquired by Netflix.

Darpan Magazine had an opportunity to host him and listen to his incredible Light Journey at the 7th Annual Extraordinary Achievement Awards where he was the recipient of the International Sensation Award. Darpan is saddened to learn about his passing away and we offer our heartfelt condolences to his family.