Bajwa is the founder of Unified 4 Change, an organization that creates volunteer opportunities for young people, which he started when he was  15-years-old

Sukhman Bajwa is all set to take on the menace of homelessness in his hometown, Surrey. He is the founder of Unified 4 Change, an organization that creates  volunteer opportunities for young people. Bajwa started it when he was only 15; today, two years later, the organization boasts over 450 members from elementary schools, high schools, and post-secondary institutes all across Canada involved in supporting various causes, including the fight against homelessness.
In November 2015, over 600 individuals came together to raise funds for a homeless shelter and start a program to get people off the streets of Surrey. They ended up raising thousands successfully. Since then, Unified 4 Change has taken a number of initiatives; it has held financial literacy classes and bingo nights at Hyland House (Surrey) to prevent homelessness.

Currently Bajwa is enrolled at Tamanawis Secondary School in Grade 12 and is in the process of applying to post-secondary schools. Education has always been a top priority for him but after changing schools in  Grade 11, he realised that joining clubs and volunteer activities was a great way to familiarise himself with his new surroundings and make friends.
Initially however, he found out that most of the volunteer opportunities outside of school had a minimum age requirement that he could not fulfil at the time. That is when he realised that he could use this gap as an opportunity to start Unified 4 Change. Since then, there has been no looking back. “Unified for Change also has a mission to provide financial and moral support for young individuals aiming to make their dream become reality,” says Bajwa who has had a knack for volunteer work since an early age.
It also led to the creation of the Hometown Hero Scholarship, a $500 scholarship that has attracted over 90 applications. Additionally, Unified 4 Change has also fundraised $1,000 to sponsor a Community Leadership Scholarship. 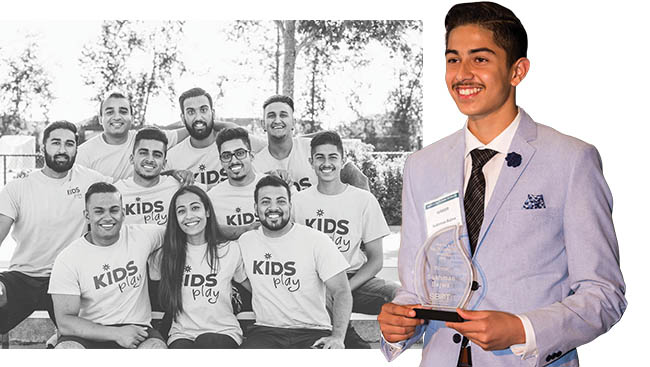 Unified 4 Change currently has members at the University of British Columbia and a registered club at the Simon Fraser University (SFU). “The knowledge, wisdom, and experiences that these students bring to this organi- sation have enabled us to do so much more. At SFU, the club has been working on many projects and have  taken the lead in fighting homelessness in Surrey. In Ontario, Unified 4 Change has partnered up with organizations and local business to fundraise for eye treatment for the less fortunate in India,” says Bajwa proudly.
Two years back, Bajwa also founded ‘Juvo’, a private venture firm for non-profits. The purpose of this innovative organization is to provide grants of up to $500 for youth in the community. As the Chief Executive Officer (CEO), he has helped local youth start their non-profits to raise awareness for their  causes. 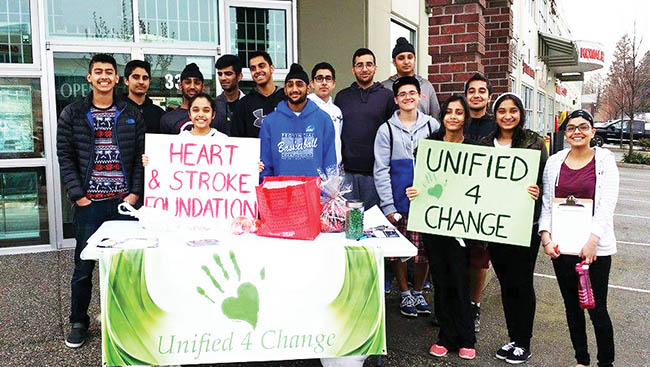 The young social worker has more plans in the pipeline. “What I see now is that organizations such as Kids Play, SOAR Philanthropic Society,  and Unified 4 Change have been working together to hold events and fundraise in the community. Given the resources of all these organisations, working together has enabled us to help so many more individuals and have an everlasting effect. I hope to work with other organisations and truly explore the change we can bring to this world. The support that I have received from my community over the years is a testament of how the community can work together for greater good,” shares Bajwa.
In fact, Saurabh Bangar, the CEO of SOAR Philanthropic Society, is one of his greatest inspirations. “After joining SOAR three years ago, I  have grown very close to Saurabh and  have learned so much from him. From taking me to downtown to the head  offices of companies such as Daily Hive Vancouver to just having deep conversations with me, he has opened up my perception of this world. I am blessed to have someone in my life that plays the role of an idol, mentor, and friend all at the same time,” says Bajwa, who is a Youth Executive Director at SOAR. 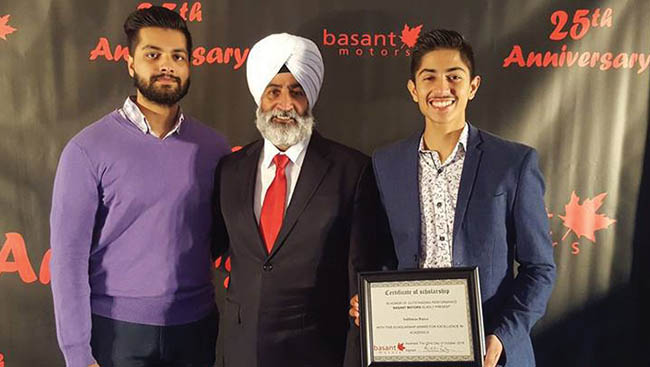 Beyond his involvement with the community, Bajwa enjoys sports. He started playing field hockey in grade four and has been in love with the game ever since. Currently, he is a member of the Junior Men’s National Field Hockey Team and has captained both the Under 15 and Under 18 Provincial Teams.
Prev Next

Born and raised in West Bengal, India, Chef Singh was introduced to a wide variety of cuisines only after he had completed hotel school and had enrolled in an intense chef course in India.

In an exclusive interview with DARPAN, the Translink Minister shares his thoughts on the Phase One Plan, upcoming transit projects for Surrey, and the 2017 general election.

With his easy demeanour, cheerful commentary, and simple instructions, Chef extraordinaire Sanjeev Kapoor can make anyone fall in love with food and the art of cooking.

Dr. Kang has always taken the unconventional path, and the many roles she plays in the community and through her work is proof of her journey.