Honourable Wally Oppal Q.C a Canadian lawyer, former judge and provincial politician and Senior Counsel with Boughton Law has been appointed to the Order of British Columbia

1) You were recently appointed to the Order of British Columbia. What does this honour mean to you?

I have been deeply honoured to have been appointed to the Order of British Columbia. I am in the company of some great British Columbians who have been given the honour in the past and the present. As well, I think it’s important that persons from the South Asian Community be recognized. There are many people in our community who have done so much more than me, so I feel honoured and privileged to be in their company.

2) How would you describe your journey at Boughton Law?

When my time in the BC Legislature came to an end, I was looking for a way to keep pursuing my passion for law, and pass on my wisdom in the field to the next generation of BC Lawyers. Boughton Law Corp. provided me with that opportunity in spades. Boughton is a firm that does things differently; they have a uniquely West Coast approach. The team works smarter, makes the complex simple, and is driven by its entrepreneurial spirit. Bound by innovation and not tradition, the lawyers at Boughton continue to redefine the way law is practiced in BC.

3) What has been the proudest moment for you in your career?

I don’t know if there is one proud moment that I have in my career, but being appointed to the Supreme Court at a young age, and being appointed as the Attorney General were definitely highlights, but perhaps the proudest moment, because of its impact, was when we finished doing the Missing Women Commission on missing and murdered women. It was a very difficult task; it was highly emotional. We dealt with women who had been victims of violence. It had a profound effect on me emotionally and left a permanent impact on me because of the level of violence that was inflicted upon defenseless woman. What made the work we did so valuable was that we were able to start giving marginalized women the right to be heard and the right to air their grievances about how they were treated by the system.

4) As an advocate on violence against women, how has your support provided better legal facilities to abused women?

One of the reasons I left the bench to go into government is so that I could do more work to combat violence against women. When I was in government we put in a lot of resources into assisting women who were victims of violence from their partners. We held forums where we encouraged women to speak out. We did our best to empower more women to speak out against violence.
I have been particularly concerned about the level of violence against women in our own community. We need more support groups, we need more legal assistance, we need more social assistance to women who have been victims of violence. It was a focus on victim of violence that compelled me to get involved in the Bountiful case where men were marrying girls as young as 14. Exploitation of young girls would force us to act and to lay charges of polygamy against some men who live in the community.

5) Despite various measures taken by the city and law enforcement authorities, gang wars and crimes involving youth still take place. As a lawyer and former judge, what is your take on this issue?

The best solution for this is to prevent people from joining gangs in the first place, and for parents to get involved in their children’s activities and most of all know what their children are doing. I know that it’s not always possible for parents to know what they children are doing. I know that is a real challenge. The real answer to criminal activity is prevention.

6) Marijuana is said to become legalized soon. What impact will this regulation have on the existing drug overdose crisis and drug-related crimes?

Marijuana for recreational use will become legal in Canada in July of this year. Clearly the law was in disrepute because so many people use marijuana while it is illegal and there is considerable evidence to indicate that, in fact, marijuana is less lethal and less harmful than alcohol. In fact, marijuana was legal in Canada until 1923. It was obviously a time to legalize the use of recreational marijuana. I support that decision of the federal government.

7) As the former Minister Responsible for Multiculturalism, how can the province inculcate the practise of multiculturalism among the citizens?

Multiculturalism is a benefit to all Canadians. We have an aging population, a declining birth rate and a need for skilled and even unskilled workers in Canada. We need more immigration, and that often comes from cultures from multicultural nations. Regrettably, as our society becomes more diverse the incidents of racism have increased. There needs to be better enforcement of incidents involving racism.
Multiculturism benefits all of us, because it enriches our country by the diverse cultures that come to Canada. However, it’s important to know people from diverse backgrounds do their best to assimilate once they get here. Multiculturalism has been a huge boon to the Canadian mosaic. We are a more enriched country by virtue of multiculturalism. 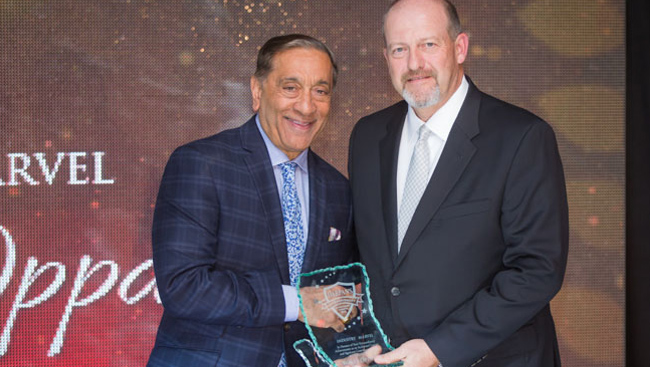 8) What do you have to say of the achievements of the South Asian community in BC?

The achievements of South Asians in British Columbia have been enormous. All one has to do is attend the Darpan Achievement Awards every fall and one will quickly recognize what we as a culture have done, we as a community have done in this province and in this country. South Asians have excelled in business, in academia, in their professions in the media, in the arts and in so many other endeavours. We have enriched this province and this country.

9) Do have any plans to return to politics?

I have no plans to return to politics. I am proud of the four years I have spent in the BC Legislature. It is a very difficult job and I commend those people particularly those from our community and all the others who have taken it upon themselves to serve the public.

10) What advice would you give budding lawyers or those who wish to follow your path?

The best advice that I would give to new lawyers is to work hard and get involved in the community. Find a firm that focuses on valuable work and that truly gives back to its community. One of the reasons I chose Boughton Law for the next stop on my legal journey is because of the work we do to better the community. The two best pieces of advice that I could give a young lawyer is 1.) Find a firm that reaffirms your own personal values and 2.) Work as hard as you can.
Prev Next

Right from the classy red carpet reception by PRESTON CADILLAC and beautiful Cocktail lounge by HANDY Appliances to the awards show, every element of DARPAN Awards 2017 rightfully made it the top event of the city.

Bhullar has amassed a large group of supporters from all over the world. As an Indo-Canadian Sikh wrestler, he is certainly the first of his background to have reached such great heights, and the people are taking notice.

Singh, founder of international non-profit aid and relief organization Khalsa Aid, has taken it upon himself to create a world that believes in equality and charity. Through Khalsa Aid, he has been reaching out to various corners of the earth helping those in need and in turn rekindling people’s trust in humanity.

The Citizen of the Year award honours an individual who has given long-standing and exceptional community service towards making Surrey a better place to live.

Bal grew up and studied in the Surrey region. At 19, he got his realtor’s license, and by 22-23 he had his own real estate brokerage.

2016 was a year where we saw the Defence Minister take up important issues affecting the country and its people and bravely and fairly finding measures to deal with them.