By Garima Goswami, 17 May, 2015 09:53 AM
Dubbed as the ‘Water man of India’ for his lifelong commitment towards water conservation and restoration efforts, it is no surprise that Rajendra Singh was conferred with the 2015 Stockholm Water Prize by the Stockholm International Water Institute, the world’s most prestigious water award. His commendable approach to revive water in the most rural and arid regions of Rajasthan in India has rescued several rivers and generated water availability to over 1,000 villages.
Rajendra’s thirty plus years of dedication towards humanitarianism and empowerment has uplifted individuals in villages across northern, central and western India by availing them with one of the very basic necessities of life – water. The domino effect of this has been the reclamation of ecology in the respective areas, increase in agriculture production and bio-diversity, and above all water security. “As soon as we started the work, and as the aquifers started to get recharged, the drinking water crisis was averted. Not just drinking water, agriculture started to happen. And those who had abandoned their villages and gone away, came back to their villages again,” Rajendra says proudly. 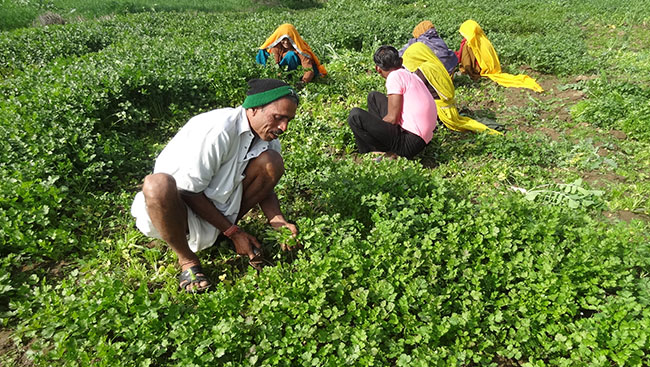 A graduate in Ayurvedic Medicine and Surgery, Rajendra resigned from his government job in 1984 in Uttar Pradesh to open a clinic in Rajasthan. While he went around promoting the importance of education to villagers with his peers, an elderly villager argued that the immediate concern was water, not education. He encouraged Rajendra to build check dams, an age-old instrument used to collect rainwater and recharge groundwater, thus stimulating water conservation.

Rajendra employed this traditional methodology with modern manners and involved locals to build a string of these dams across villages that were declared ‘dark zones’ by the government. The success of these check dams was further promoted across Rajasthan by a walkathon conducted by this water conservationist with a unique mission to explain the benefits of check dams along with directions for its effective execution. 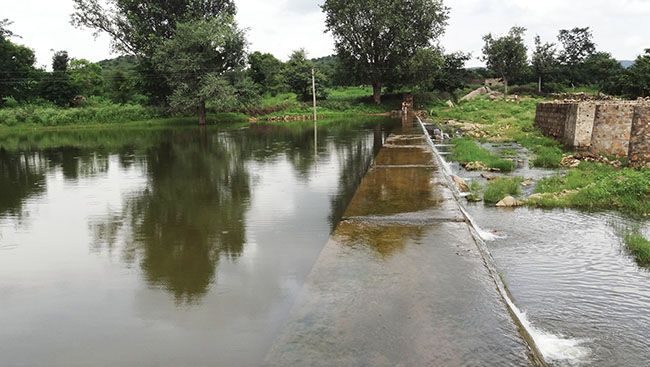 Over the years of his extensive activism, Rajendra along with his organization, Tarun Bharat Sangh (TBS), has successfully revived seven river systems, several drought-prone areas have once again been cultivated into farming lands, and abandoned villages have become re-populated with agriculture serving as a source of livelihood.

A milestone in his growing list of achievements is his 1986 movement to ban mining in the Aravallis (range of mountains in western India) that was posing environmental hazards alongside tampering the water conservation process. Subsequently, Rajendra filed a petition in the Supreme Court of India to ban mining in the region. Other movements, including a walkathon, concluded in the termination of mining in the Aravalllis altogether. In further coherence with his empowerment efforts, Rajendra redeployed the jobless mining workers into water and forest conservation activities, rural development, animal husbandry activities and other such employment opportunities initiated by TBS. 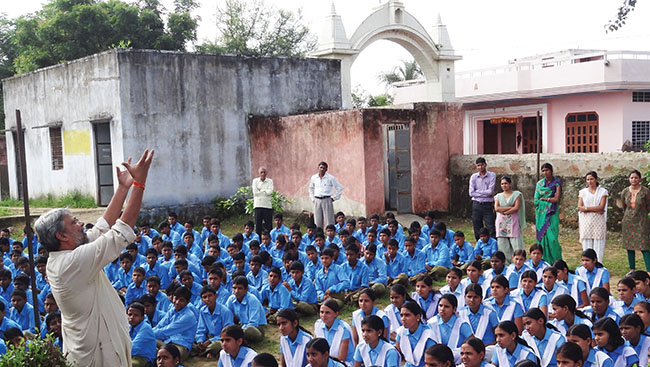 To sit down and demarcate this water activist’s extensive accomplishments and projects would certainly be a strenuous task. Over 8,600 square kilometers of dry and barren land has been converted to be fertile and green. Several government agencies are now using his methods as a blueprint to replicate those results across the rural and urban landscape. “This [water conservation] work of ours is a way to solve both floods and droughts globally. Therefore we believe the impact of this work is on the local level, national level, the international level and above all at the village level,” sums up Rajendra.
Prev Next

Over 1,200 individuals convicted in a period of 12 years and more than 25,000 females rescued from Nepal and India by Maiti Nepal, a non-governmental organization started by Anuradha Koirala, a social activist who has dedicated her life towards the rescue and rehabilitation of survivors of human trafficking.