In a world where appalling news can sometimes seem to dominate media outlets, there are some community gems at work, behind the scenes, making the world a better place to live in. British Columbia recognizes such outstanding citizens with the Medal of Good Citizenship for their contributions to their communities without expectation of remuneration or reward. The medal reflects their generosity, service, acts of selflessness and contributions to community life. This year, among deserving and esteemed recipients like Dr. Bonnie Henry is Seaquam Secondary’s Grade 12 student, Aditi Kini. 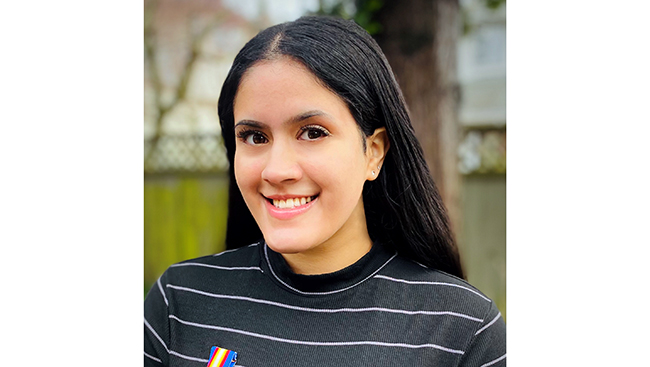 Throughout the course of the COVID-19 pandemic, Kini implemented 18 projects targeted towards Black, Indigenous, and people of color (BIPOC) communities that were struggling during the pandemic due to their inability to provide for themselves. These struggles entailed financial concerns, the inability to purchase essential items, and/or the inability to leave home (i.e. immunocompromised individuals) to name a few drivers. Kini’s projects ranged from making clothing hampers to garnering food donations.

In one project, Kini partnered with the Royal Columbian Hospital to provide COVID-19 patients in the hospital with entertainment. Talking to doctors, Kini discovered that these patients could not even have friends or family visiting them due to safety concerns, which was greatlyimpacting their mental health. Kini, with her team, put together entertainment packages for these patients, consisting of puzzles, Sudoku, word searches, and more.

Kini worked with the British Columbia Society for the Prevention of Cruelty to Animals (BC SPCA) in another project. With the increase of rumors that animals may be COVID-19 carriers, there was an increase in the abandonment of animals, which Kini and her team helped address by purchasing scoops, quality food, treats, and other products in addition to finding suitable storage sheds to help prevent food wastage.

With the goal of providing warm clothing to Indigeous youth - a shocking, but apparent need - Kini also spearheaded a project where she partnered with Options, a non-profit registered charity providing social services. So far, the committed volunteer has partnered with various community organizations to execute multiple projects with each. Besides the aforementioned, her partners include the Delta School District (Seaquam Secondary School and Sand Secondary School), Mamas for Mamas Organization, and Surrey Urban Mission Society.

To hone her leadership and time management skills, Kini kickstarted her community campaigns by completing online workshops with Communications and Information Services (CIS) Corps, which is a part of Progressive Intercultural Community Services (PICS) Society. Upon completion of the workshops, Kini received a grant for $1,500 to put towards her initiative, which at the time involved Indigenous Youth. Here, she met like-minded individuals who joined her cause. Starting out the workshops without any acquaintances or friends, Kini ended up connecting with many local youth from the lower mainland.

That said, although the effort and drive was there from the collective, Kini elaborates that communication was a key challenge to navigate, “We could not meet face to face and had to conduct all our meetings and planning over Zoom. However, we managed to overcome this obstacle because we were passionate about the project. We assigned tasks, followed deadlines, and worked towards improving our weaknesses.” Executing this project during the pandemic did call for added layers of safety as well. To reduce the risk of the virus spreading, Kini’s team would purchase the products in advance, leave them in isolation for a set amount of time, and maintain proper protocols with Personal Protective Equipment (PPE). When delivering, adequate social distancing would be kept top of mind. Interestingly, though her team bonded greatly throughout the project, they only met in person when delivering the items. Needless to say, this has gone on to become one of Kini’s most memorable experiences.

Although Kini has been shaped by such enriching experiences and given back significantly to the community during COVID-19, this was not always the plan. Initially, she founded her organization, The New Horizons Foundation, in 2019, with the goal of extending support to girls in rural India in order to provide sustainable and effective solutions for their development, including contributions to the sustenance of sanitation infrastructure in their schools. After raising funds with the help of family and friends, the plan was to implement this project in 2020. However, the pandemic hit and changed the game plan.

After conducting research and having discussions with various supporters, Kini decided to first make a local impact before expanding globally. Kini touched base with Surrey’s Rotary International Club to gain insight and also received guidance as a result of her involvement in the Youth Leadership Society of British Columbia (YLSBC), which has been a generous source of grants for the young, motivated community activist. One of her main motivators is Ravinder Safaya, Chairperson and Founder Director of YLSBC, who Kini credits to be a pillar of strength throughout her ventures.

With the objective of making local impact, Kini set out to set up her first project with Sands Secondary School from the Delta School District, where she worked with the school’s social worker to carefully narrow down ten underprivileged families who would be provided with nutritional, fresh food and gift cards among other essentials. From there, thought of helping people in need during the pandemic. This project got the ball rolling in terms of local initiatives, and the rest is history.

Evidently, Kini’s passion to give back to the community is not newfound. Her interest traces back to her elementary school, Immaculate Conception Delta, where she participated in making sandwiches for the lower mainland’s homeless population. Upon starting highschool, she maintained an interest for volunteerism, joining initiatives with the City of Surrey. Today, in conjunction with other programs she has founded, life has come full circle as her latest one involves making sandwiches for the underprivileged, in partnership with Surrey Urban Mission Society. The feedback has been encouraging and Kini is happy to provide fresh food, which is a scarcity for such organizations. Committed to leaving behind this program as a legacy at her highschool, she consistently mentors younger students, while delivering 300 sandwiches across local homeless shelters.

Kini shares that one of the reasons she implemented this program in her highschool is because she remembers how much fun she had when she would make sandwiches with her friends in elementary school. Aside from recognizing the importance of giving back, volunteerism has instilled in her social skills and networking capabilities. Kini details, “Because of my initiatives, I have become a lot more social. I feel charged and energized when I work in a team environment.”

Of course, with a schedule as busy as hers, the busy bee ensures proper scheduling and prioritization, understanding the importance of pursuing side hobbies and interests as well. Kini is a trained Indian classical dancer, having mastered the dance form of bharatnatyam over the past thirteen years. Moreover, she enjoys hiking and trekking, in addition to pursuing many several sports such as soccer, volleyball, and basketball. Amidst all that she does, Kini also takes out quality time for friends and family. 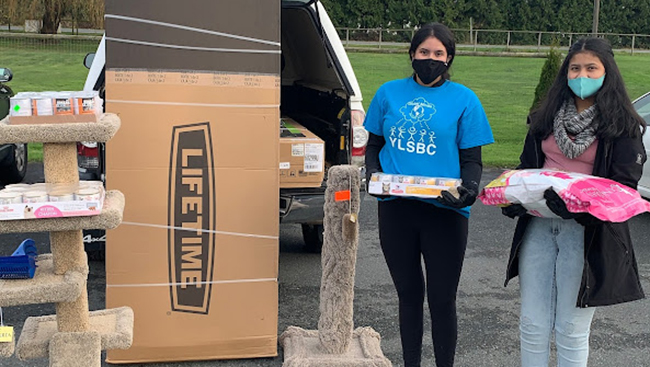 Kini’s parents, Vidya and Jagadeesh Kini, have always supported her. The community superstar reveals that she would often switch her interests when she was younger, but her parents would support her in making it happen. Be it studies or extracurriculars, they have been her biggest motivators. Her sister, Anika Kini, is a Grade 8 student who looks up to her elder sister and eagerly helps with her initiatives, now beginning to start her own.

Kini emphasizes, “I could not have won this award without my parents. They have solutions to my problems before I even think about the problems. Surely, external ideas and perspectives help. Otherwise, you’re stuck in your own mindset and don’t understand that there is another way to overcome issues.” For Kini’s parents, it was surreal to see their daughter get this award. After all, it is a testament to everything they have raised her to be. In fact, the passion for community involvement runs in the family. Kini’s maternal grandfather fought in the army and worked with polio-affected children when he came back home. Kini’s mother is also a health care worker.

Kini’s message to other youth involves understanding that youth can indeed stir change - not just adults. She highlights, “If you are passionate enough about something, you should just do what you can. Try to create change in your community. Although that might seem intimidating, hard, and even impossible, there are people along the way that will back you up. I moved schools three times. In each school, I have had people, teachers, and friends (many of whom I met through my initiatives) who have helped me. If you are passionate enough, the universe will ensure that it happens. There will be people at every step who will guide you.” 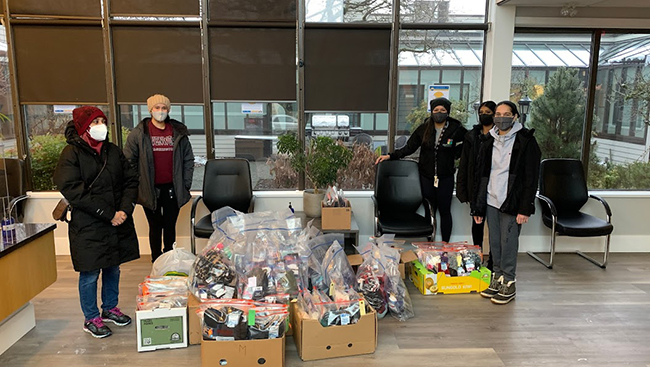 In terms of what the future holds, Kini plans to pursue Health Sciences in university and extend her maternal grandfather’s vision of helping people through medicine. She still hopes to continue her initiatives and is currently raising funds to achieve her fundraising goal of $60,000, which will help with The New Horizon Foundation’s mission in India. Donations can be made via thenewhorizonsfoundation.com. Undoubtedly, no matter where the future takes Kini, she will continue to be a community leader, starting important conversations and acting as a catalyst for positive change, both locally and globally.