A small but effective offering from BMW

When I first laid eyes on BMW’s latest redesigned sports activity vehicle, I thought, that X3 looks nice. But it was actually the new X1, which is the smallest such offering from the German automaker recently entering its second generation all grown up.
I’m not being figurative – the SAV is nearly 23 millimetres wider than before and 430 millimetres taller, resulting in a much more significant presence on the road. While the exterior doesn’t seem drastically different, all the visual elements have been massaged and refined. For example, the kidney grille now appears 3-D, and underneath, the air intakes are split into a trio of distinct units rather than joined together. Around the other end, the rear bumper diffuser gains a multi-piece look, housing twin exhaust pipes.
A number of premium features are standard, including LED signature daytime running lights, fog lamps, 18-inch alloy wheels wrapped in run-flat tires and automatic liftgate. The list of premium bundled equipment continues on the inside with electric front seats capable of storing driver-side adjustments and radar cruise control. Genuine leather seating surfaces are optional – our tester had rather hard Dakota leather matched to modern dark matte wood trim – regular fare consists of a pleather material known as SensaTec.

Those behind the wheel can sit in excess of 25 millimetres higher than previously, yielding a greater view of the road. Unlike most subcompact crossovers, rear passengers wanting to stretch out a bit pose no problem thanks to an increase of 970 millimetres in legroom. The second row has a 40:20:40 split, each section able to fold down individual for extra versatility. The seatback is powered, folding nearly flat at the touch of a button allowing for easy loading and unloading of cargo. When fully reclined, up to 1,550 litres of space is afforded, or 505 litres upright. That’s an additional 15 per cent compared to previously.
The infotainment system is controlled via the latest version of iDrive, and information is relayed on a 6.5-inch display or an available freestanding 8.7-inch freestanding monitor. Customers can also opt for a Premium Package Enhanced bundling in BMW’s excellent head-up display integrated into the front windshield, built-in navigation and a 360-watt, 12-speaker Harman Kardon HiFi stereo, instead of the regular seven-speaker setup.
The latest X1 is sold with only one motor: a 2.0-litre TwinPower Turbo engine mated to an eight-speed Steptronic automatic transmission. The four-cylinder mill produces 228 horsepower and 258 lb-ft of torque – not fast by any means but sufficient when we used the 1,677-kilogram small SUV through to perform typical duties like light highway commuting, running about town and hauling the odd full load of people.
As a side note, the occupants I shuttled to and fro loved all the storage spaces thoughtfully installed throughout the vehicle. There are large door pockets all around that can hold a large drink bottle, with two more cup holders in front of the shifter; a storage compartment integrated into the instrument panel on the left side, and a cubby underneath the front armrest to stash precious items safely out of view. 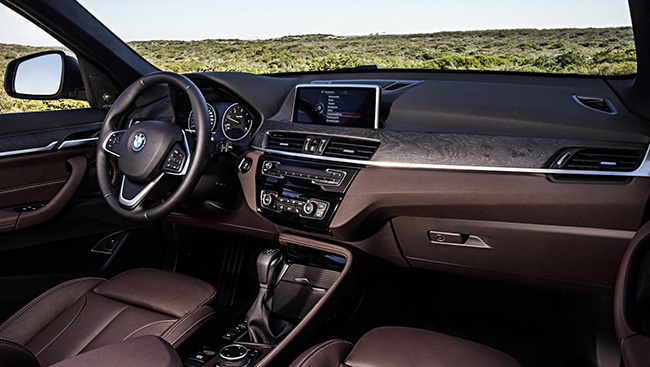 All X1s come with xDrive intelligent all-wheel drive, perfect for our cold and wet Canadian climates. The AWD system talks to the onboard Dynamic Stability Control and together can cancel out unwanted over or under steer before it happens.

The wave of pure electric, hybrid and other fuel efficient vehicles continues to get bigger, as evidenced by the Automobile Journalists Association of Canada seventh annual EcoRun event held in June.

Over the past 10-years I have become a real fan of the Cadillac line of vehicles as they are attractive and excellent handling and ridding vehicles.