Why Photoshop Them? Try Saffron, Apples To Get 'Real Armpits'

Darpan News Desk IANS, 25 Jun, 2016 11:40 AM
Bollywood star Priyanka Chopra's "pit-stopping" image of her "real armpits" was aimed at putting an end to trolls on her "Barbie Doll" and "unrealistic" underarms which even lacked the usual skin folds. But it's a good reminder of how kitchen secrets like saffron and apples can help one to get light coloured and smooth armpits, say skin experts.
Most women tend to get conscious of the way their armpits look. So, they try out various beauty hacks to whiten and smoothen them out. But what leads to darkening of armpits?
"Armpits are the most sweaty part of the body and due to sweating and certain toxins releasing from those pores, the armpits are more prone to get dark," Rohit Batra, dermatologist, Sir Ganga Ram Hospital, told IANS.
Excessive waxing could be one of the reasons for having dark armpits.
"They generally cause burns, and repeated application of wax deteriorates the skin. Hence, it causes darkening in that area. Even hair removal creams can cause darkness as these creams also contain chemical components. Repeated use over the same area leads to oversensitivity and results in permanent darkness of that area," he explained.
Allergy to deodorant and perfumes could be blamed too. "They are highly concentrated chemical forms and such strong agents normally cause the skin to react with their composition, thereby, causing darkness," shared Batra.
How to combat it then?
"There are many effective creams available in the market which contain glycolic or azelaic acid. Laser and peels are effective too," said Meghna Gupta, Cosmetic Dermatologist and Director, Delhi Skin Centre.
She also suggested that whenever you go out in the sun, don't forget to wear full sleeves and use natural moisturiser like aloe vera or coconut oil. 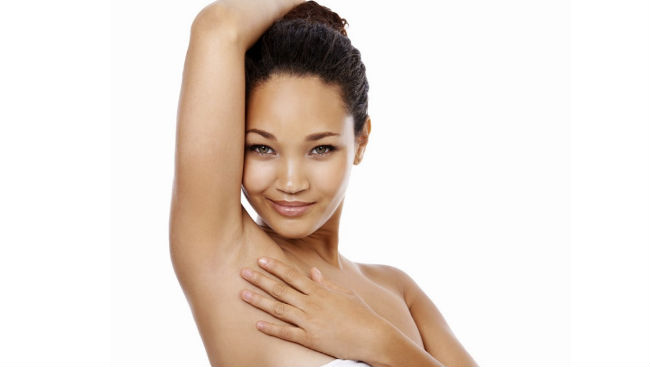 The armpit debate began when the cover of a fashion magazine recently featured Priyanka, described as "the hottest woman in the world", flaunting her curves with unbelievably perfect underarms. Social media users slammed it for being "too photoshopped".
To prove naysayers wrong, Priyanka put out an image in which she looks casual and relaxed with her hands outstretched above her head.
With that, she wrote: "Here is another 'pit-stopping' picture to add to the debate. Will The Real Armpit Please Stand Up. No filter. Armpit diaries."
For those who want their 'no filter' look to be perfect, make-up expert Kanikka Gauraav Tandon suggests saffron.
"It has natural skin lightening qualities. Add a pinch of saffron to about two tablespoons of mild lotion. Mix it well and apply to your underarms. Not only will it whiten your skin, but it can also help you get rid of underarm odour."
If not that, try apples. If you scrub mashed apple on your armpits daily, it can actually get you free from dark spots and odour too. Apple contains AHA, which is capable of killing germs and bacteria that cause the darkening of your underarms, she said.
Orange peel is helpful too.
"The citric acid which is used for skin bleach is found in orange peels. Dry some orange peels for about three to four days until the peels are completely dry. Take about two tablespoons of it and mix with some rose water to apply on your underarms. Leave it for 10 minutes before washing off with cool water," she said and added that lemons, milk and cucumber help in getting rid of dark underarms too.
Prev Next

The line is already made up of four "flavours," including Simply Dry Shampoo - which works on every hair colour, as well as Blonde, Light Brown and Brunette Dry Shampoo Root Touch-Ups.

What’s in a Sunscreen

Chemicals in non-mineral sunscreens are known to penetrate into the skin, potentially disrupting the hormone system. TheEWG reports that chemical sunscreens act as endocrine disruptors through estrogenic activity and cause issues with thyroid function and other hormonal processes.

What’s in a Sunscreen

You regularly need to exfoliate to boost the natural cell turnover cycle. Without any help, old cells like to linger on the surface, physically blocking young, fresh cells from showing.

Pink Orchid Studio held an event at Funk’n’Frost beauty bar in memory of the late Maple Batalia to continue her family’s wishes in supporting her legacy which includes raising money for the Maple Batalia Scholarship for the Arts at Emily Carr University.

Tanning is the most common occurence during summer season and getting rid of it could be a gargantuan task. Use home remedies such as cucumbers, papaya, tomatoes to get rid of tan without burning or effecting the skin

Tips for shaping the perfect brows