Running in its 18th year, IDS Vancouver explored the realm of possibility with its theme, reflecting Canadian design within a global context catalysing innovative ideas, solutions and expression.

In addition to highlighting Canadian design, IDS Vancouver showcased exhibitors from all around the world, giving visitors perspective on the future of design across the globe. Design has become bigger than aesthetics, it is a changemaker as it dives deep into a more sustainable future. It was an opportunity to get immersed into the world of design through IDS with them hosting the most influential design minds who launched exclusive products. 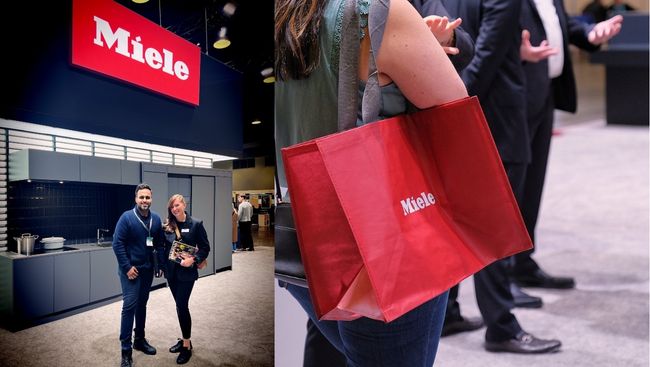 Ekaterina Dobrokhotova VP of Marketing at Miele as they are the presenting sponsor of the IDS Fall Design Program. Miele is the world's largest family-owned and operated appliance company, Dobrokhotova shared that Miele is immovably committed to the highest quality, performance, and environmental standards. Founded in 1899 on a promise of "Immer Besser," a German phrase meaning "Forever Better," Miele has continued to distinguish itself with its sleek design, superior engineering, and unparalleled service. 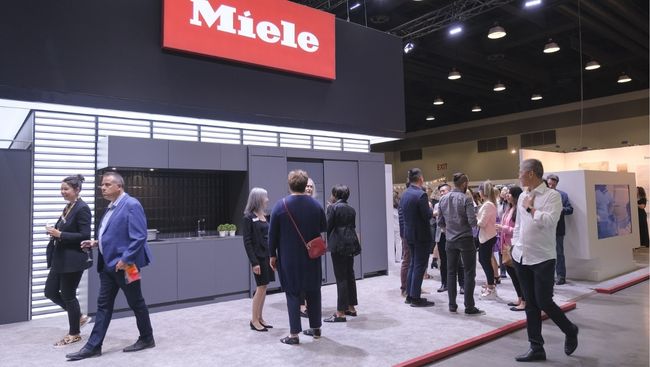 Exhibitors such VanGogh Designs also made an appearance. VanGogh Designs manufactures upholstered furniture and is a brand that is thriving not only South of the Fraser but in other areas of the Greater Vancouver area as well. 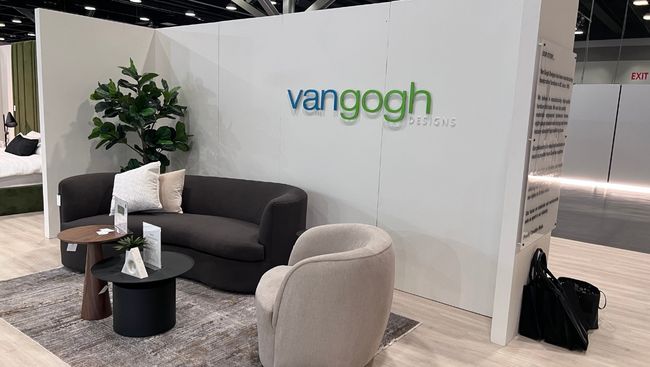 Sunrise Kitchens a cabinet manufacturer based in Surrey also showcased their products and services at the event. 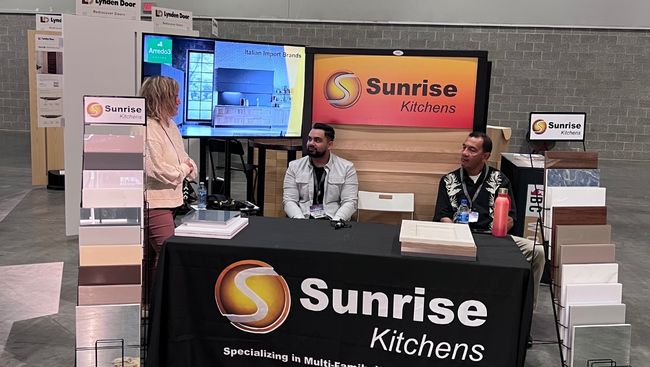 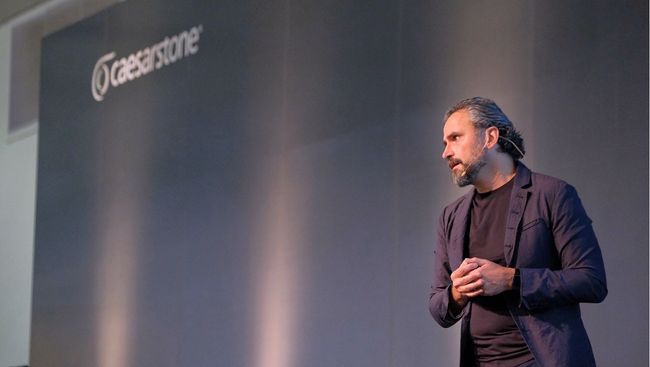 Alessandro Munge, Founder & Design Director at Studio Munge, presented by Caesarstone was Bointo a world of design, Alessandro Munge quickly transcended his teenage sketches to become one of North America’s most sought-after designers. Through his inquisitive nature and fundamental drive to provoke profound emotion, Alessandro has broken free from the preconceived notions of interior design for over 20 years.

With an innovative point of view earning him Interior Design’s Leader in Hospitality, Contract Magazine’s Designer of the Year Award, and prestigious Ryerson Alumni Achievement Award, Alessandro approaches every project as a whole with a deep understanding of practicalities, artistic expression, and human connectivity. Strengthening his ties to a host of top-tier hospitality brands and clients, Alessandro continues to establish himself as a multidisciplinary visionary through design architecture, landscaping and product design.

His boundless passion for art, culture and travel inspires his international team of over sixty to sculpt spaces into distinctive, signature experiences that reflect the essence and vibrancy of their inhabitants. 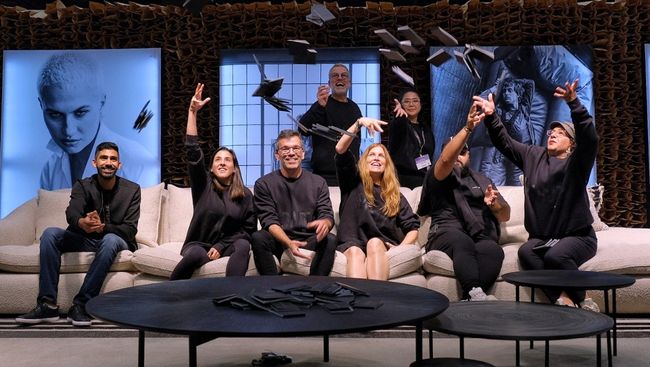 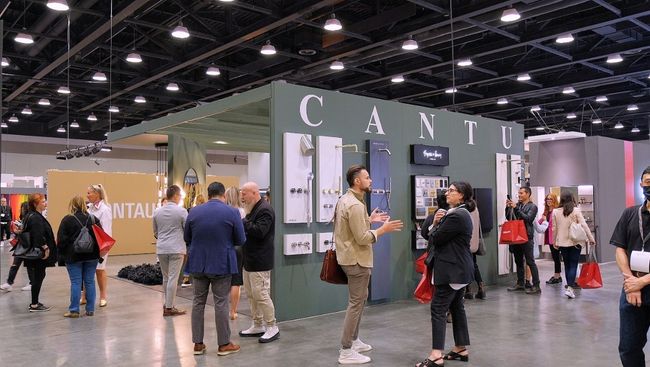 The Interior Design Show isn't just a fair but a glimpse into what's yet to come. 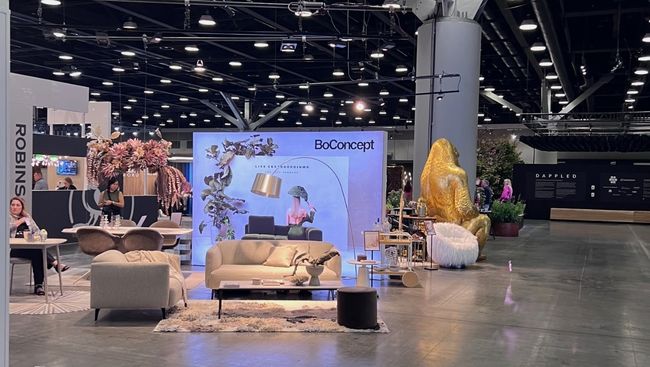 Here are all the ways to decorate your house with mirrors

What are some of the things to keep in mind while selecting a mirror? A big, decorative mirror when placed near the fireplace is a great way to bring some good energy to the house and also gives the perception of depth to a room.

Here are all the ways to decorate your house with mirrors

10 styling tips for your room look

A bed is also the first thing that anyone notices when entering a bedroom. Here are a few tips that would help you make your comfort zone into a bed that looks straight out of a home decor:

10 styling tips for your room look

A Guide to Colourful Kitchen

Alternately, for a splash of colour that seems a little more varied, peruse the many colourful wallpaper selections that are offered. Combining all of these ideas may be a terrific new beginning for your kitchen if you're feeling extra brave. Regardless of where they fall on the hue spectrum, no one should be afraid to periodically spice things up chromatically in their kitchen.

A Guide to Colourful Kitchen

Outdoor areas are often places for us to relax and spend time with our families, but today we need them for body and mind rejuvenation. As you will design your outdoor space this winter season, the following suggestions shared by Rajiv Sethi, Founder & Director of Woodcraft International will aid in enhancing the vitality, visual contrast, and texture of your area.

Add a bohemian touch to your home with these simple steps

Bohemian vibes can be incorporated in various ways, whether minimalist or vibrant, neutral or multi-hued. If you are not a fan of colourful places, choosing neutral colours for the walls, furniture like sofa, coffee table, and rugs can work wonders.

Add a bohemian touch to your home with these simple steps

Area rugs are multifunctional pieces that add both comfort and style to any room. They can be used in any room and are a decorating essential that everyone should have. Find out common rug mistakes to avoid.