Understanding sleepwalking and its effect on our slumber

As it comes time to tuck ourselves in, turn out the light and drift off to sleep, most of us expect to wake in the morning having slept soundly in our beds throughout the night. For nearly one third of the population who may have experienced sleepwalking in their lives, an uneventful night’s sleep is not always the norm.

Sleepwalking is a behavioural sleep disorder most often affecting children. As its name suggests, sleepwalking involves walking around or performing other actions while sleeping. According to the National Sleep Foundation, up to 15 percent of the general population experiences episodes of sleepwalking and it is most likely to occur in children between three and eight. Somnambulism, as it’s formally known, begins during the third stage of a sleep cycle, one of the non-rapid eye movement stages more commonly known as deep sleep, where one typically remains throughout the event.

“Sleep walking occurs when there is an incomplete transition from slow wave sleep to alertness,” says Dr. Brian Murray, a sleep specialist at Sunnybrook Health Sciences Centre and an Associate Professor at the University of Toronto.

“There is an arousal from slow wave sleep,” Murray explains. When that arousal occurs, sleepwalkers perform activities they would normally perform in a state of alertness. Despite its name, sleepwalking involves more than just walking. The behaviours performed are often simple, repeated actions including sitting up in bed or walking down a hallway but can range from getting dressed to driving a car. Sleepwalking can also be accompanied by nonsensical talking or shouting.

Sleepwalkers will have little or no memory of their episodes due to their state of consciousness that makes it difficult to recall memories. 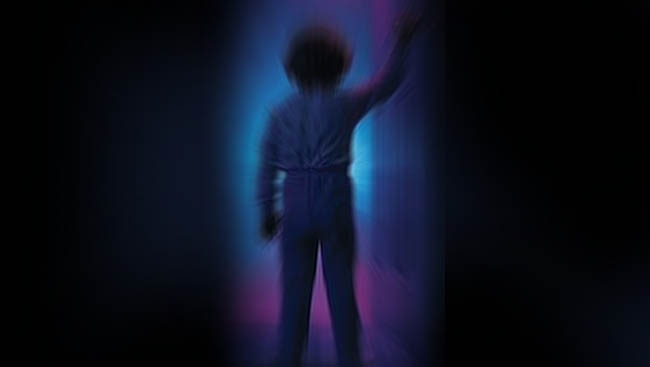 Because sleepwalkers have little recollection of their behaviours, waking them during an episode can cause disorientation and confusion. It can be hard to wake a sleepwalker and there is the risk of uncontrolled behaviours once they awake.

“Patients in slow wave sleep have under-active frontal lobes - the lobes that make us human and give us control over behaviour,” explains Murray. “Awoken sleep walkers may become violent or difficult. It is best to help them avoid danger however e.g. stairs and direct them back to bed.”

There is no guarantee a sleepwalker will become aggressive, leading many to discount the theory that you should never wake one, but if waking them is without benefit, then it may be best to reconsider.

Sleepwalking in children is fairly normal and is theorized to be caused by the delay in maturation within the brain and/or central nervous system that develops over time. The length of sleep cycles change throughout the night and as we age, which is why children are more prone to the disorder.

Sleep deprivation can lead to episodes of sleepwalking which can result from chaotic sleep schedules and poor sleep quality. Other medical conditions such as fevers and obstructed sleep apnea have been linked to sleepwalking; while they aren’t considered the cause of the disorder, they facilitate the behaviours.

Psychiatric behaviours such as post-traumatic stress disorder or panic attacks can also contribute to sleepwalking. Additionally, it can be triggered by pregnancy, menstruation and magnesium deficiencies. Sleepwalking is also believed to be brought on by impairments due to drugs and alcohol which can have a considerable effect on one’s sleep patterns. 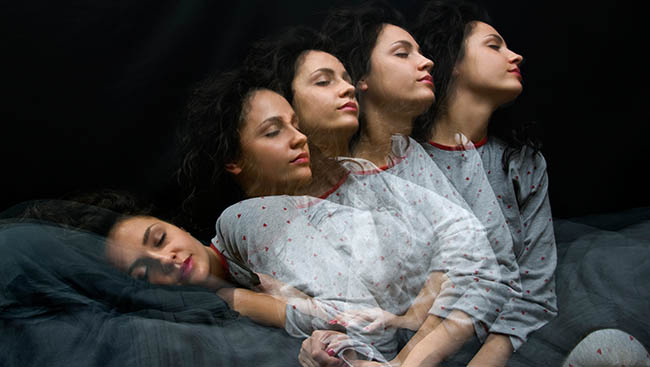 Sleepwalking episodes tend to go away without intervention as children enter their teen years. “It is usually outgrown in adults,” Murray says. “With age, slow wave sleep decreases so there is less ability to arouse from slow wave sleep.”

Unlike other sleep disorders, sleepwalking doesn’t require treatment – and scientifically speaking, there really isn’t a way to specifically treat it. While it may seem strange to think a disorder doesn’t need to be treated, sleepwalking is not always problematic. Most sleepwalkers carry out tasks and manoeuvre around their environment without threat or injury. Because the symptoms of sleepwalking rarely interfere with other people’s actions, put anyone at risk or result from a more serious medical disorder, treatment isn’t necessary.

Sleepwalking becomes a concern when the resulting behaviours are dangerous or likely to cause injuries. In these cases, and especially when children are involved, certain precautions should be taken to protect the inevitable actions. Removing any hazard items from within reach or moving furniture to avoid falls will help lessen any sleepwalking injuries. If children who sleepwalk tend to leave the house, it’s suggested that an alarm is installed for doors to alert parents to any potentially dangerous activity.

If sleep issues don’t improve over time or as a child ages, there may be an underlying cause such as stress, a medical condition or behaviour issues. Recurrent sleepwalking, especially as one ages, may be a sign of more serious sleep issues, in which case, an additional diagnosis and medical treatment may be necessary.

While it’s difficult or unnecessary to treat sleepwalking in many cases, improving sleep quality can often result in a decrease in such sleepy yet active behaviours. “To treat sleep walking, the slow wave sleep and the arousal can be addressed,” says Murray. “Sleep deprivation increases slow wave sleep, so ensuring adequate sleep time or naps can help this aspect.”

This is especially the case for adults who may perform tasks while asleep due to fatigue or the influence of drugs or alcohol. “The arousals can be addressed by considering intrinsic and extrinsic factors,” Murray goes on to explain. “Intrinsic factors include treatment of sleep apnea and periodic limb movements of sleep. Extrinsic factors include removing noise from the sleep environment e.g. using a white noise machine to mask sudden changes in the environment such as a car driving past.”

After analysing over 334,000 European men and women, they also found that twice as many deaths may be attributable to lack of physical activity compared...

Contrary to the claims made on their packages, some novel beverages such as vitamin waters and energy drinks marketed in Canada provide...

Researchers have discovered how to create a more effective nicotine vaccine that could help smokers and even drug addicts quit....

App to insult you into losing weight

If you have set your sight on losing weight, here is a calorie-counting app that insults you for all the extra calories you consume in a day....

App to insult you into losing weight

Paving the way for tailor-made treatments to stop smoking, researchers have shown that finding out how quickly smokers break down nicotine in their bodies is the key to helping them quit....