The Global Indians tag seldom applies so flawlessly to someone than it does to Siddharth Akali. A lawyer specialized in international human rights and sustainability, Akali is the director of the Coalition for Human Rights in Development. As the name hints at, the NGO is a global coalition of circa one hundred social movements, civil organizations and grassroots groups, all focused on ensuring development around the world is community-led and human rights-minded.

The size of the organizations involved with the Coalition varies greatly: They go from a 200,000 people movement in India to three individuals in a small village in Uganda. As Akali explains it, “what unites us all is the belief that communities are the experts in their own development and priorities. Too often decision-making is very top down and the supposed beneficiaries are left out of the conversation.”

Currently, the Coalition has coordinators in Latin America, Africa and Asia, and spearheads the Defenders in Development campaign, an operation that ensures communities and marginalized groups have the information and resources to participate or oppose development activities, and hold financiers, companies and governments accountable. The NGO also aims to facilitate South-South collaboration and linkages among and across communities as they demand development in their own terms.

Akali elaborates: “Communities often don’t find out about a development project until the bulldozer comes and takes down the tree their grandfather planted 100 years ago. You can reach out to a Coalition member and, via investment chain mapping, figure out who’s responsible and who’s financing the project. Because we’re a global coalition, we can link the community with members in different countries that will support their pursuit of accountability.”

Before joining the Coalition, Akali worked as a lawyer for Indigenous Peoples in India, Nepal and Canada. The Mumbai native studied Law at the University of Victoria (“I thought UVic was in Vancouver. Why would you have a Vancouver Island and not have Vancouver there? That made no sense!”). Initially, Akali practiced at a private law firm. He was mentored by two First Nations lawyers and worked with them for indigenous governments affected by the Trans Mountain Pipeline expansion project: “I learned what indigenous governments needed from legal professionals when defending their rights against governments and energy companies.”

During our conversation, Akali continuously refers to himself as lucky, even though personal effort clearly has played a major part in his success. He received a scholarship that allowed him to obtain his Bachelor’s degree in US. Education is an important thread in Akali’s family, back to his grandfather who made sure his sons and daughters received higher education in the turbulent days of the partition. 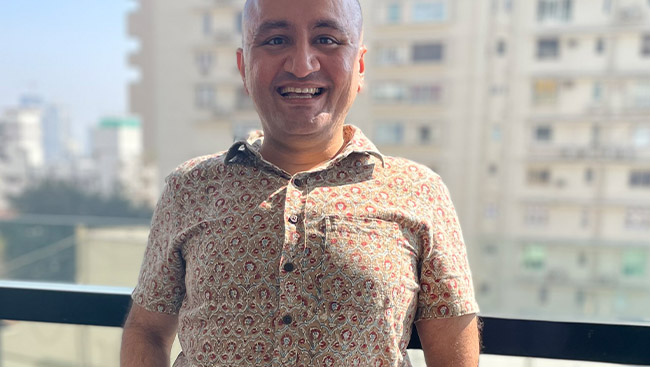 What were the main challenges of transitioning from the private sector to a non-profit organization?

There weren’t any challenges for me. The mission is a huge driver. People who work for an NGO rarely do it for the money. To be surrounded by that energy is fabulous. NGOs can also be less hierarchical and you can engage your peers in the same plane.

Did your background influence your decision of working for an NGO?

In my early twenties, I realized that—because I got a good quality education and had a good job—I was in a privileged position. The question became ‘can you find something to do that would make you want to get up in the morning?’ In my early volunteering days, I learned there’s a lot of joy in living in community, as well as giving and sharing. I was fortunate to figure this out and find a path. NGO jobs are hard to come by because the sector is so underfunded. I was lucky to get one and grow in the position.

Indians around the world have made significant contributions to the countries that receive them. How do you explain this phenomenon?

We’re more than one-sixth of the population. Of course in a globalized world we’re going to be everywhere. Regardless if migration is forced or chosen, immigrants must have a drive and a willingness to go out there and participate and enrich their communities, as well as their own experience. The more you give, the more you get.