Sanjay Chopra works as a realtor with Century 21

Since his younger days, Sanjay Chopra aspired to live abroad. And that dream came true when he migrated to Canada with his family in 2006. “I watched my cousins and my older brother move to the United States of America. Being surrounded by people that were moving to a different country made me take the leap towards moving abroad as well,” he shares. Though his initial plan was to settle in the USA, cutbacks on the visa process back then got him to opt for Canada instead.

The family’s initial impression on moving to Toronto was unpleasant. The extremely cold weather de-motivated them to explore the city. It was their move to British Columbia a few weeks later that lifted their spirits. “I fell in love with this place immediately. The weather was perfect and this place felt more like home,” Sanjay recalls.

The Chopra family had their share of challenges while settling down, as a family and as individuals. The biggest challenge was to start all over again in a new country. “I had an established business back home in Delhi and my wife had a promising government job. Making peace with the fact that we had abandoned the financial stability that we had created was difficult,” explains Sanjay, who was a self-employed entrepreneur in India, owning a computer hardware company.

Also, lack of relatives around made it difficult for the family to feel a sense of social belonging in the community. The kids too experienced a huge culture shock. “Both Kriti and Devansh attended convent schools in India, where they followed countless rules day in and day out. When they started attending school in Canada, they were extremely confused as to what is acceptable and unacceptable behaviour,” stated Sanjay of his daughter and son’s initial experience, “Nevertheless, once they adapted to their new environment they did enjoy themselves.” 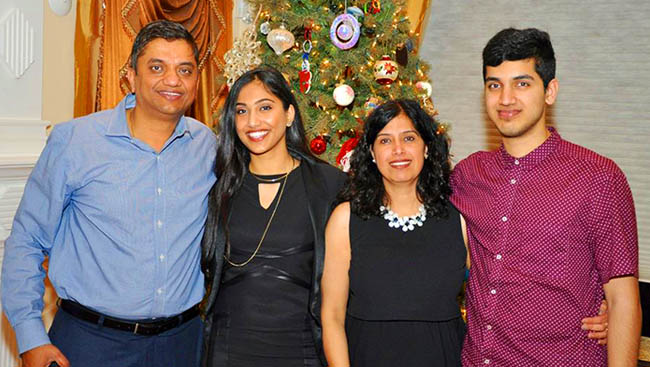 For Sanjay, the biggest challenge he personally faced was his self-sabotaging belief of whether he would make a ground-breaking lavish life for himself and his family in this country. “I had a tendency to question my capabilities about whether I would prosper in Canada. The more I heard the negative voice in my head, the more it prevented me from growing. Once I abandoned those voices, the path to success became much easier.”
Finding an ideal job was difficult for Sanjay initially. “Being an entrepreneur most of my working life, I was always my own boss, I made my own decisions and I planned out my day-to-day activities. It was extremely difficult for me to find a job that matched my competencies,” says he, who took on much entry-level jobs just to put bread and butter on the table.
Sanjay believes it takes a family two years to adjust to the lifestyle in Canada. “It takes a good two years to get used to the people, weather and surrounding. This is enough time to figure out how people work here, understand the sub-cultures that exist in the society, and learn about the various opportunities in the country.”
Despite the hardships, the Chopra family has managed to have an enriching journey in Canada so far. “It’s been adventurous, we had our hard times but because of those times we appreciate everything we have a lot more. In addition, my family has grown so close to each other that we understand each other like the back of our hands,” expresses Sanjay.
The Chopras love almost every aspect of this country. They believe their honesty and commitment to hard work has always been paid off, and admire the well-run system that Canada has. One thing Sanjay dislikes is how jobs are not readily available for someone that moves from India.
Lastly, Sanjay envisions a long healthy life for himself and his family where they are consistently working towards creating a better future for ourselves. 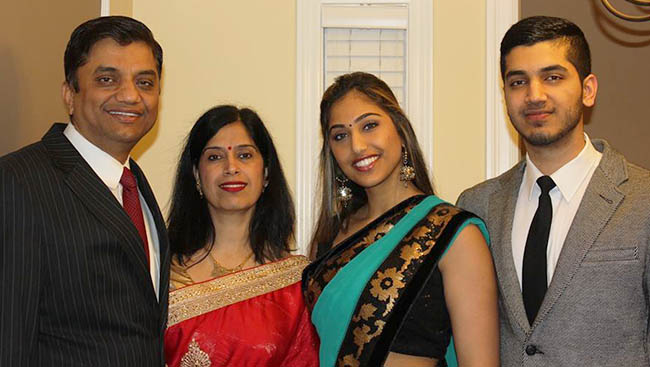 Q and A:
Biggest obstacle faced so far in Canada:
Abandoning the life and business I had created back home and starting off again. I felt like I was pushed back 10 years in my life’s progression.
Resolutions made for yourself or family:
Personal resolution: Always keep your end goal in mind. There will be obstacles along the way, but they’re there to test you and see if you want really want what you say you want bad enough.
Family resolution: Hold no grudges and stay unconditional.
Advice for immigrants:
You have to abandon your limiting beliefs about the unknown. Often people self-impose limiting thoughts that “they can’t be successful in Canada.” This generally leads to them giving up easily when they hit any type of obstacle. Also, be open to asking people for help. You will be surprised as to how many people would be more than delighted to give you a helping hand. Last, your thoughts create your reality, so be very mindful of what you preach to yourself.
Memories of your homeland:
Flying kites, eating at the market stall, and enjoying the company of my in-laws who lived five minutes away from my house.
Prev Next

Before moving to Canada, the couple did some research on the country and the opportunities it provides to new immigrants. “My husband worked with US and Canadian clients in India and was aware of the demand of Healthcare IT professionals in North America,” recalls Navjot

“Vancouver’s nature and beauty is spread all over. No matter which direction or what ...

The Bansal family look at Canada as “a beautiful place with multi-cultures.” During their stay in Vancouver and travelling to different places in Canada, they have learned about various cultures, festivals, and food.