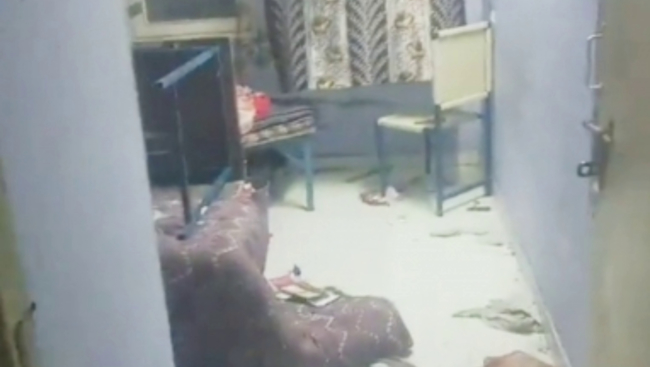 In Georgia, a state where only Jimmy Carter and Bill Clinton have disturbed a half-century of Republican dominance, Trump's paper-thin lead disappeared overnight beneath a tide of mail-in votes for Democrat nominee Joe Biden.

A statement from Elections BC says it has received about 662,000 certification envelopes containing absentee or mail-in ballots from across the province.

Inside the "anti-scale" fence, similar to one that went up during anti-racism protests earlier this summer, Donald Trump intends to ride out tonight's electoral storm.

WATCH: What to Expect, Which states will finally decide the winner? Will Trump give up keys to the White House? The 59th US Presidential election is finally here.

WATCH: US ELECTION2020 PREDICTION - What to Expect, Which states will finally decide the winner?

WATCH: #USELECTION2020 #PREDICTION - What to Expect, Which states will finally decide the winner? The countdown is already underway for the US election. US President And Republican Donald J. Trump will go head to head with Democratic challenger Joe Biden for the #WhiteHouse on November 3rd.

WATCH: US ELECTION2020 PREDICTION - What to Expect, Which states will finally decide the winner?

Be it because of Donald Trump, COVID-19 or Black Lives Matter, Americans seem all in, for once, on the 2020 vote: more than 97.5 million ballots have already been cast, nearly three-quarters the total turnout four years ago.