Darpan News Desk Darpan, 04 Jun, 2014 10:13 PM
A manhunt is underway for the shooter who killed three Royal Canadian Mounted Police (RCMP) officers and injured two others in Canada's News Brunswick province, media reported Thursday.
The attack took place in the city of Moncton late Wednesday evening when a man wielding two guns opened fire at the officials, the National Post reported.
Royal Canadian Mounted Police Constable Damien Theriault said police responded to a call Wednesday about an armed man in the north end of the city of Moncton at 7:30 p.m. Three of the officers were killed and two sustained non-life threatening injuries and were in stable condition.

"We are still actively looking for the shooter," Theriault said. "He is believed to still be in the Pinehurst subdivision area of Moncton. We are urging people in that area to stay inside and lock their doors and for people to say away from that area."
Asked how he was dealing with his grief, Theriault said he personally knew the officers before breaking down and excusing himself because he couldn't complete his sentence. 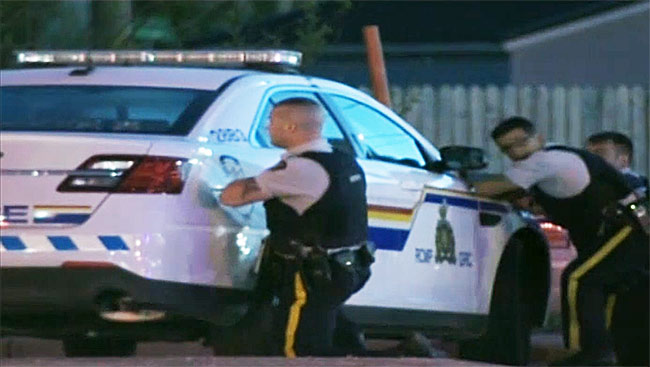 The RCMP tweeted a photo of Justin Bourque, 24, who was dressed in military camouflage attire.
Witnesses in the area have said that about nine to 10 gunshots were heard around 7.30 p.m. and people were ordered to remain indoors as the shooter was on the loose.
The RCMP has urged all the people of Moncton city to remain indoors till the suspect is caught.

Canadian Public Safety Minister Steven Blaney tweeted that he was "shocked by the tragedy" and that his thoughts and prayers were with frontline RCMP officers.
Prev Next

An India-born woman in Canada, who admitted to killing her two-month-old daughter three years ago, was Tuesday declared not criminally responsible for the death as she suffers from a mental disorder

Following a week and a half of rotating strikes being executed across the province thousands of students are expected to participate in a day-long walkout today. The walkout will be held in protest of the ongoing labor dispute between the BCTF and the province.

Updated guides have been posted online to assist small business owners throughout the province with their business ventures, announced Minister of State for Small Business Naomi Yamamoto.

After passing the first major regulations to reduce greenhouse-gas emissions in the country, the US is now urging Canada to follow suit.